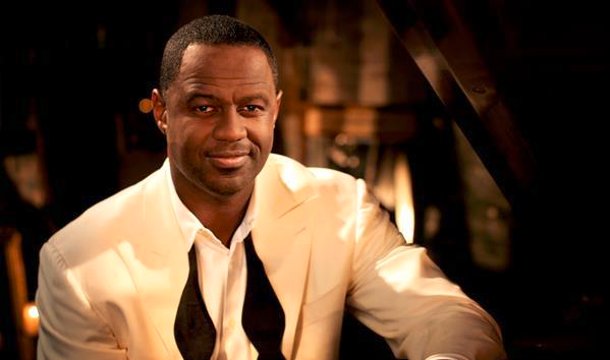 Regarded as one of the strongest talents in R&B, Brian McKnight is a quiet storm known for his strong falsetto range and love ballads. By the age of 19, McKnight had signed a recording contract with a major record label. During those first years in music, he mastered eight instruments, formed a band, and was a member of the gospel group, Take 6.

Now, with over 22 years of experience in the entertainment industry, his versatility from singer to actor attributes to his longevity in the industry.  In the 1990s through the first decades of the 2000s, McKnight had 15 albums on the Top Ten of Billboard’s R&B albums chart, and he is has been nominated for a Grammy a record breaking 16 times.

In 2014, McKnight is exploring different angles and new concepts for singer/ songwriters. Brian McKnight sat down with iRock Jazz’s interviewer to share the inspiration for his love ballads, the catalysts that inspire his evolving career changes, and his new project concept to whet his fans’ appetites for what’s next in his career.

iRJ:  It seems as if you’re making a transition from R&B to jazz now, or is it that you are embracing a new musical direction to jazz?

BM:  I would not consider what I’m doing or what I’ve ever done, one genre in particular. What happens is, anything that has real chord changes or melodies people are now assuming is jazz. Really, honestly, I’ve been walking a fine line between gospel, jazz, Pop and R&B my entire career. People feel like they have to call it something. I’ve been creating soul music, which is music from my soul. So, I don’t know what “it” is, but if you have to categorize it, I’ll leave that to other people to do that. 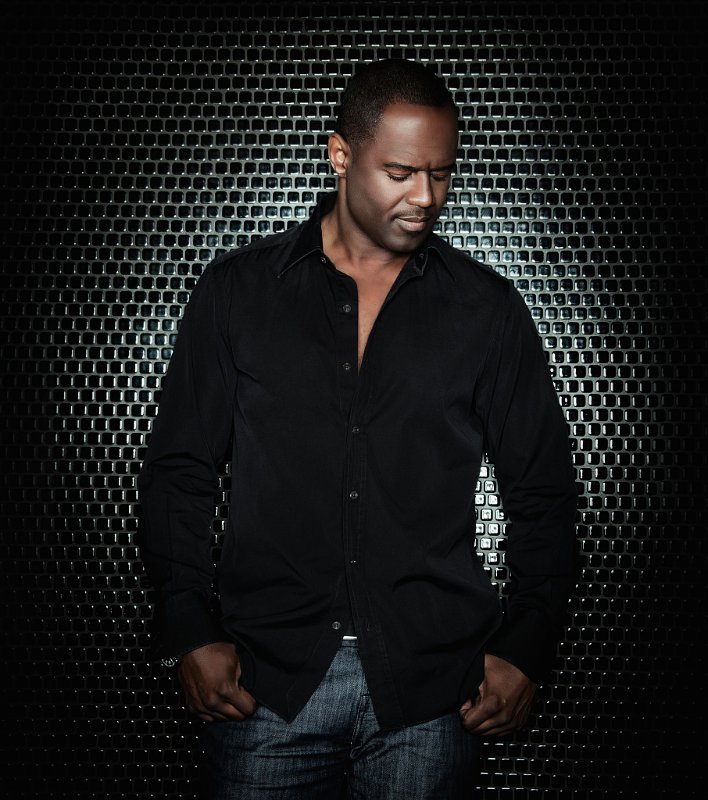 iRJ:  What made you decide to do Big Band Music?

BM:  When Duke Ellington’s orchestra extended me an invitation to be their vocalist, I thought it was an opportunity to do something different. I always loved jazz and that era of music. It was an opportunity for me to be seen in a different situation from what people are used to seeing me in. I’m always looking for new opportunities.

iRJ:  Being a vocalist, how easy is it to transition to, and be accepted by, the community of a genre of music, typically where the vocalists were great crooners such as Billy Eckstine and Nat King Cole?

BM:  These are the people that I grew up listening to, so the way I’ve always looked at it is, whether it was Stevie Wonder, Marvin Gaye, Nat, Michael McDonald , or Kenny Loggins, they were artists. What I mean by “artist,” is it really didn’t matter what they were singing; they were known as singers. They could sing everything. That’s what I always wanted to be. I didn’t want to be that kind of singer that was categorized or referred to as “this kind of singer” or “that kind of singer.” I wanted to model myself after some of the most famous vocalists. What I mean by vocalists is, when you put them In front of a microphone, you’re blown away. That’s what I wanted to strive to be like. If I come close, at least I’m in the competition.

iRJ:  Reflecting on your musical accomplishments as a songwriter or singer, which do you feel is your greatest strength?

BM:  That’s an interesting question because I really don’t sing too much of other people’s materials; I never have. Having said that, I wouldn’t have anything to sing if I hadn’t written the songs. I think if you ask people, they would say [I’m] a singer because most people don’t know who writes the songs. I get off writing, that’s what I love to do. I believe at the end of the day, people will always remember their favorite song whether they remember who sang it or not. For me it’s 50/50; however, you would have to ask other people (Laughs).

iRJ:  When you’re an R&B artist at the top of your game, you’re playing to large audiences and in large venues. As a jazz artist, you’re playing for a fraction of that community. How easy is to go from singing in front of tens of thousands of people to a more intimate audience of a few hundred?

BM:  I take the “ego” out of the equation. My feeling is, if a person pays their money and shows up for the show, they should get the best show possible. I never look at it like, oh, there are less people in the audience than when I do my “normal” show. I view it as, people came out because they wanted to hear I sing; they wanted to hear me play, and that they are expecting to hear a show. I would never play that kind of an ego game. I’m still grateful that 22 years later, people still want to hear me sing and play. 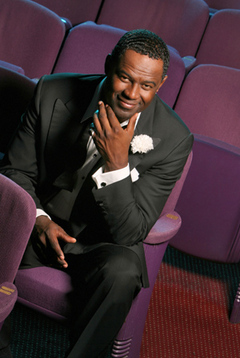 iRJ:  iRock Jazz has been a fan of yours for 22 years and has witnessed some highs and lows over the span of your career. In your opinion, what has been your greatest accomplishment and your greatest challenge?

BM:  The greatest high is when you’re praying; when you have success; when you’ve sold some records, when your tours are doing really well and you are selling out, and when people are expressing the love for what you do and you can feel that. The things that are not so high are having to do it over, and over, and over again and expecting the same result. What I had to do over my career, particularly between my first album and my second album, is to realize that you can’t be concerned about what happens once you do your best on a project. Do your best; if everything goes the way you hope it will be, everything will work its way out.

Showing up without any expectations is the most important thing about this whole process.  If you expect something, and your expectations are not met, you will always be disappointed. However, if you have no expectations, whatever you get is what you are going to be grateful for. I’ve learned that lesson over the years.

iRJ:  Being a songwriter, how difficult is it to balance your performances introducing new music while still giving the audience their favorites from the past?

BM:  It’s almost impossible to play something new. People have a recognition for things they’ve already heard. They don’t have the same kind of appreciation for a new song, no matter how great it is, for something that they haven’t heard. So, I learned a long time ago that you have to be strategic and clever about the way you introduce something. What I’ve learned is, I always have a portion of my show acoustic when I am playing my piano. That’s when you have their undivided attention, and you can play about a minute, and I’m serious. It’s mathematical; it’s about a minute, no more than a minute and 10 seconds, of something that’s new that they’ve never heard. You have to introduce it, explain it, and get them to listen to it so that they can really understand it; more than that and you’ll lose them.  So, you have to hit them with a hit on the front, then surround it with the new music, a minute and 10 of something new.

iRJ:  It’s been said that you sing the lyrics that women want to hear and what men want to say to women. Where do you draw your inspiration for some of the greatest love songs that you’ve written?

BM:  I just live life. It may be a movie, or it could be something actually happening in my life; there is so much drama in my personal life, so that’s where and how I keep my edge. To be able to keep writing about the same subject while keeping it fresh every time is to keep having these things happening in your life all the time. It continues to happen on a daily basis; it sucks, but it’s my muse. It really is; it’s taken me a little while to figure it out, why I keep putting myself in these positions. Well if I did not have these positions that I am in, I wouldn’t be able to write all these romantic songs (Laughs). You have to give up something. 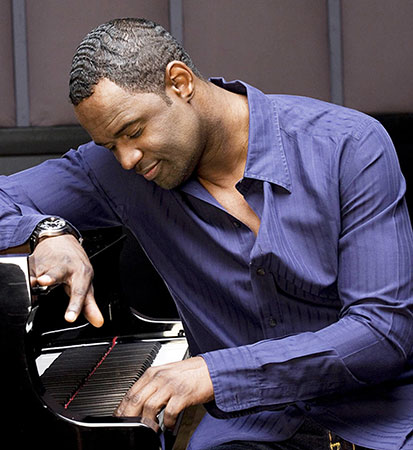 iRJ:  After your appearance on Celebrity Apprentice, what doors opened for you, or what changed in your career?

BM:  The only reason I did that show was because it was a very highly rated show, and I wanted to get into television while continuing my radio career at the time. You know a lot of this business is based on name recognition and the key ratings. At that point, it [Celebrity Apprentice] raised the awareness of who I was and who I am for people who may not have known the songs or the person. They may know the name but not know why they know that name. It gave me the catapult to do some of the things I was interested in doing at that time.

BM:  As a singer, I think it is easier to transition into the jazz world as opposed to the other direction. When you sing, you can almost do anything. Jazz, being mostly instrumental, may be more difficult. Glasper is really good at is surrounding himself with really good singers, putting some really good singers on his tracks. Once you sing on those tracks, it becomes R&B, depending upon the person or vocalist you put on the track. I think that probably is the only difference.

iRJ:  What can the public expect from Brian McKnight in 2014?

BM:  That’s a really interesting question. I’ve received a couple of acting offers for movies. I wasn’t really actively pursuing an acting career, but you have to take these things when they come, (e.g. striking while the iron is hot). At the first of the year, I’m going to announce what I’m doing musically. It is going to be a very new concept for singer/ songwriters. It’s going into Beta testing. When that comes out, let’s sit down and talk again. The first half of the year, I’ll be out of the country touring in Europe and Australia culminating with a full blown US tour starting around the summer time. I still do about one hundred shows a year. That’s pretty much my life.

Whether it’s on the big screen or music album, Brian McKnight shares his emotions, life experiences and gifts with his fans. Keep your eyes on McKnight in 2014, as he unleashes his new project and develops his eclectic career.