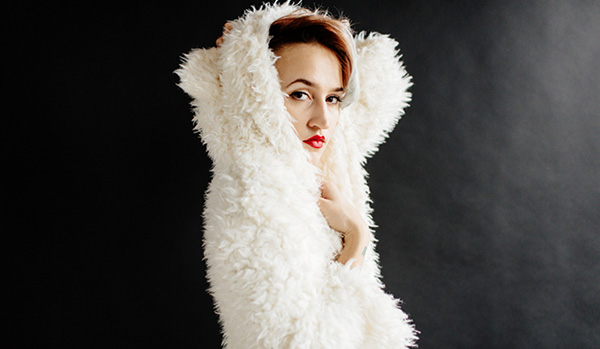 Annalee is a young, hip vocalist with a fresh vintage vibe. Along with her band, The Midnight Sons, she is putting a new spin on the old jazz standard with the addition of funky back beats and a vibrant creative style, that is re-introducing a whole new generation to jazz music.

iRockJazz is excited to have this exciting young group to play the main stage at our 2015 Music Festival! We asked Annalee about her style, her creative process, her role in introducing jazz to her generation and what festival goers can expect to hear from this eclectic group of musicians.

iRJ: Tell us a little bit about yourself. Is Annalee your real name or your stage name?

AH: That’s my real name; people ask me that a lot.

iRJ: You have a certain allure about you; it’s a combination of your voice and your stage presence. Can you tell us a little bit about your style?

AH: I definitely have kind of a vintage, kind of a modern kind of style. I’m wearing a 50s dress and playing some kind of old jazz root tunes; but I’m covered in tattoos and sometimes I’ll have sort  of a hip hop back beat to some of my songs. So I think that my style goes along with the kind of music that I like to play and I like those things to coincide. 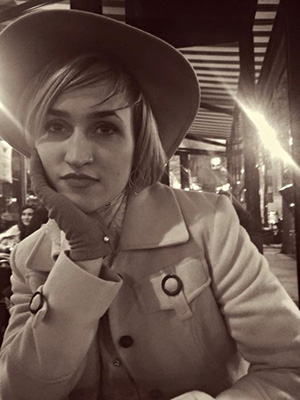 iRJ: In regards to your vintage style, would you consider yourself to be something of a “jazz hipster”?

AH: Ah! If there is such an ambiguous word now a days, but I guess yeah, I guess in a way I like to have that young new generation twist on some of the older tunes; which I guess is kind of hipster in a sort of way. And I like to surround myself with the older jazz generation, but at the same time I like to play with new younger musicians that are fresh out of college and kind of see what they are working on, and try to marry the two worlds.

iRJ: You are in your 20s and most of the jazz audience today is an older generation. What path do you think you need to take to bring jazz to your generation?

AH: I think that with music today and with what is trending, it is something that you can kind of tap your foot to, something that has a straight up type of beat to it that you can dance to. The type of music that I sing is very old school and has kind of a Billy Holiday influence to it and this jazzy sultry voice. But like I said, to simplify it in a way-not necessarily the cords and the melodies, but the back beat that is behind it so that people can kind of jump in and kind of understand what’s going on. You don’t have to be a jazz musician or be well versed in jazz to appreciate the type of music that we are playing.

iRJ: Are you self taught or did you go to music school?

AH: I’ve never taken any voice lessons or anything; that’s just something that God gave me. But I went to private guitar lessons-because I also play the guitar-from about the age of 9 years old to the age of 14 years old. And beyond that, I went to Roosevelt University for a very short time-just to kind of check out the scene and see if that was something that I could benefit from. But actually I ended up leaving because it was so conflicting with my performance schedule that I would have had to stop performing to go to school to learn how to perform. Even some of my professors advised me to leave. They were like “just keep doing what you are doing” So that was an interesting experience for sure.

iRJ: You play a lot of different roles within your performance; you sing, you play, you write, etc. Which part do you prefer?

AH: They are all so different. I have sort of a nostalgia and a certain love for the singer/songwriter in me because that is how I started. And I stay really busy with those gigs; those are mostly more private parties and weddings and hotel lobbies and more sit back, relax and listen to the soft singer song writer kind of vibe. But it is so different and it’s so fun to make music with other people, and just getting different people’s energies on stage and you can often play in bigger venues when you have a bigger band. So it’s totally different and I can’t honestly say which one I like better. But I totally appreciate the opportunities that the different styles bring. 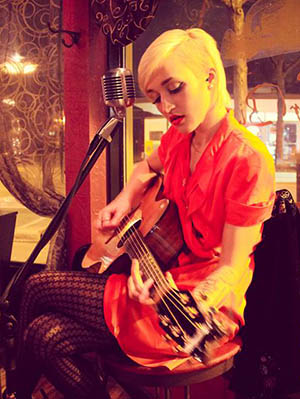 iRJ: I know that you do standards, but your heart is in your original music. Can you tell us a little bit about your creative process?

AH: Well, that also varies-depending upon if I’m with a band or if I’m with myself, just playing on my guitar. My music can range from a jazzy kind of folk standard sound-which is unique to me when I play solo. And those songs just kind of flowed out of me very easily. I’ve been writing songs since I was a baby. Literally I wrote my first song when I was 3 [years old]. My dad is a song writer and my grandmother was a song writer, and I think that it is somehow engrained in me; I will have a melody going in my head all day long. And I really have to watch how many performances I take because the more that you perform you don’t get as many opportunities to sit down and peacefully write music. But at the same time writing with a band is really fun; that kind of improvising where everybody just gets up on stage and just throws something down. So some really great tunes have manifested from that. And I would really like to continue to do that and to continue to pull different inspirations from different people.

iRJ: We are so excited to have you play on the main stage at the 2015 iRock Jazz Music Festival! Can you tell us what the audience can expect from Annalee?

AH: I think we are going to do a lot of straight up stuff-like the straight ahead jazz kind of stuff. But at the same time, it always gets to be some of that newer vibe added to it-because that is the nature of how I sing and how I carry myself. So we are definitely going to have that marriage of the older, straight ahead jazz with some of that fresher beats behind it. And I think I’m going to throw in some of my original tunes as well. I do have an album that just came out that I released with a group. So that’s going to be there for sale too. And some of the tunes that you might hear that are new, for example, there is one called Freaky, which is definitely a newer, funkier type of vibe.

Annalee & The Midnight Sons will be performing live at Lions Beachfront Park-Main Stage, in conjunction with the iRock Jazz Music Festival on Saturday, May 30th at 6:00PM.