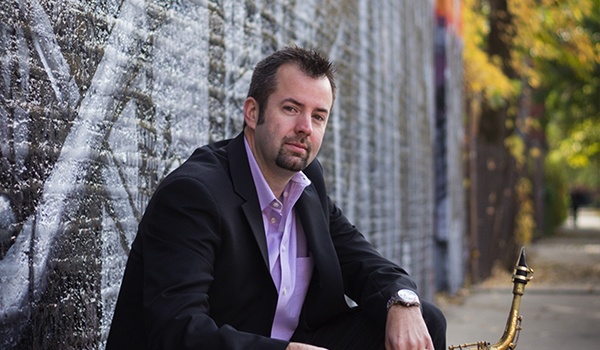 Shawn Maxwell is both an educator and an artist. This multi-instrumental band leader has been a recognized and distinguished performer in the Chicago jazz scene for years, and his music has earned critical acclaim nationwide.

We spoke with Shawn about his career, his music over the years, the advice that he passes on to his students, and what audiences can expect from the dynamic band and it’s leader at the 2015 iRockJazz Music Festival in Buffalo, MI.

iRJ: In your bio you state that you grew up on the tough and tumultuous streets of Joliet, Illinois. What do you mean by that?

SM: [Laughing..] That’s a little bit of a goofy kind of thing. But you know, I was born and raised on the east side of Joliet and there were some struggles there, you know? It wasn’t like we were living the high life or anything. It’s hard to put into words really. I remember in high school in the early 90s having to be patted down with a metal detector every day. So that kind of put things into perspective. Growing up, my neighborhood wasn’t the nicest, I would say. 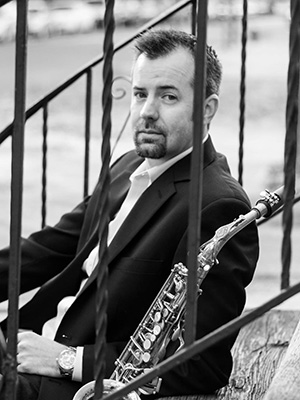 iRJ: Does your upbringing influence your music?

SM: Yes, definitely. From the people that I was hanging around with and the crowd that I was in, and just the situation that I was put in within my neighborhood, I was exposed to jazz at an earlier age. Even though I would say that I wasn’t quick to jump on it as much as I have now, but I did know what it was. But I was more exposed to Rap, R&B soul and stuff like that, where as some of my other friends were totally rock heads and didn’t know anything about Earth, Wind and Fire or even old rappers at the time. So yeah, I feel that where I was – my position in the town I grew up in and people I was hanging around with – I got introduced to a lot of different music that most people my age, at that time, really wasn’t listening to. And that’s really affected how I write and how I like to play and perform.

iRJ: You are a multi-instrumentalist. How many instruments do you play?

SM: I play three; the saxophone, the clarinet and the flute.

SM: I’ve learned that you can only teach them and guide them so far, in order to prepare them for the real world. And I say this to them as well. I know sometimes it sounds kind of hokey, but really, all you can do is kind of help guide them and prepare them and then they have to make their way in the world and learn from their mistakes from the real world experience. Which I remember by teacher saying the same thing to me in college, and kind of think “yeah right, ok”.  And then once you go through it it’s like Oh! There are a lot of things that I have discovered that I can’t teach students because they just have to have that experience and go through some stuff themselves. But as far as what I do to kind of prepare them for that is, I’m a stickler for basics. Know your scales, know all these things, listen to this guy, and when you do all of that, then you take all of those tools and you go into the real world and you get your butt kicked for a while and then you turn into a real musician.

iRJ: You recorded your first CD ten years ago. What has changed for you musically since that initial project?

SM: It’s kind of like what I was saying earlier about students and experience; I’ve written a lot more, I’ve performed much more, I’ve performed with different people, and I’ve become more comfortable not only as a composer but really with myself and just growing as a person. I would say that the main difference is that I feel more free. I’m less inhibited to write something in the case of thinking that I have to do something a certain way or trying to appeal to a certain crowd. I’ve really just kind of grown to learn that if I just trust my instincts and go with what I want, that it seems at least, in the end that the crowds and the fans are really going to dig it and bind with it more than in the past when I kind of felt like I was trying to put myself into a old little box of genre or style. 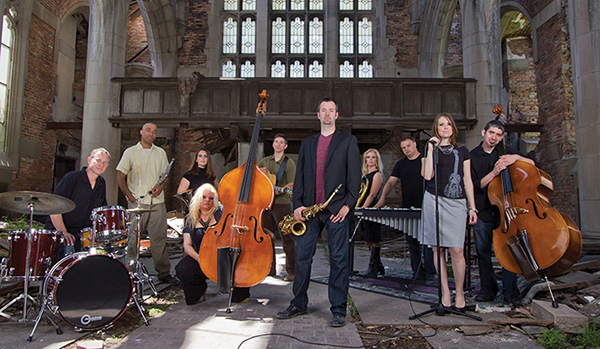 iRJ: What can people expect to hear from you at the iRock Jazz Music Festival  musically?

SM: Well, we do all original music, and the genre is definitely jazz but as we touched on before, there are a lot of different mixtures of musical elements in there. Not to say that we will sound like Earth, Wind and Fire, but those guys were a big influence on me as well as different soul and funk bands from the past. And there is some rock and elements of classical music as well. I think that the best two words I can use to describe us would be fun and different. I think that people that listen to us, especially during a live setting, always have a really good time. We don’t take ourselves too seriously, so there is very intelligent music that we are playing, but we are presenting it in a very fun manner. And then just different; I mean I am very confident in saying that when you hear my tone and my sound and our tunes and our arrangements and the way in which we present them, there really isn’t nothing else like it. Not that that is a good or a bad thing; but we are very unique.

iRJ: Thanks Shawn! We look forward to seeing you perform.

Shawn Maxwell will be performing live in conjunction with the iRock Jazz Music Festival, Saturday May 30th at the Bentwood Tavern at 9:00PM and again at 10:00PM