YOU ARE HERE:Home » Interviews » The Curious Case of Sonny Rollins
Interviews 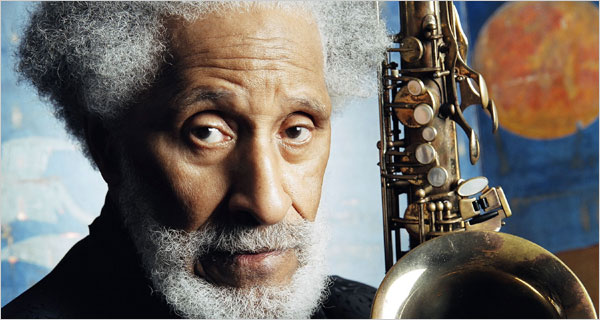 In a space defined by its progressive thought and forward-thinking, Sonny Rollins maintains his place as one of jazz’s most eccentric personalities. And as such, it affects the way in which we examine his life. For most artists, we track their lives through the lens of artistic output, because what is the creator without his creation?

With Sonny Rollins, however, we must address the inner workings of the man and not simply the man’s works.  This, of course, being the man who elevated the status of the tenor saxophone in jazz, the man who redefined the compositional structure of a band with the piano-less trio, and, the man who at ripe age of 83, is altering our definition of “longevity” with his latest album, Road Show, Vol.3

But this is also the man who left music to study Eastern philosophies, the man who played alone on the Williamsburg Bridge, the man who, despite having been lauded with the utmost praise, still practices his instrument every single day.

Sonny Rollins is more than work. He is a music-making enigma.

Recently, iRock Jazz sat down with Sonny Rollins to discuss his jazz, his place in it, and most importantly, what, after all of these years, keeps him going.

Rollins’ introduction into music was rather unique when compared to many of his peers. He had this to say about his early years as a musician:

When my mother bought me my first alto saxophone, I was just 7 years old. I went in my room and started playing. I didn’t know what I was playing, but I started playing. I was sort of a jazz prodigy in a way. I had a musical gift and I was able to pursue it. The help along the way by many great musicians. I was born in the right place at the right time: Harlem in 1930. I heard a lot of music growing. Music was all around me. My life has been a really charmed life because I was blessed being able to arrive somewhat in my profession. I’m a very self-effacing person. I’m not a guy that thinks that I’m a big shot, so please excuse that if you think it’s not real. It is. I’m still trying to get some place in my own mind. Please don’t think it’s phony. 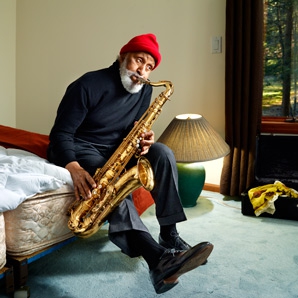 This humility that Sonny Rollins prescribes to contradicts the divine praise with which we often shower the jazz deity, and yet, he never seems to take it for more than what it’s worth. Rollins provided a fascinating look into why he manages to maintain such a modest approach in spite of it all:

My whole life has been sort of trying to improve myself musically, and this will continue. I’m still in that same mode. I didn’t come on the scene fully developed, and I know I’m still not fully developed. It’s kept me involved in music. I practice every day. I enjoy practicing when I’m home by myself, just as I did many years ago when I first started. We never fully learn. There’s always something to learn. People will get to a point where they’re successful and they have established a style and that’s it. Look, I think that’s perfectly fine. I envy guys that can really get it together and have a style and just play their style for the rest of their life. But I’m not that good to establish a style and play that. I’m constantly changing. It’s not a curse. It’s a blessing. It’s a part of my nature. It makes me an anomaly.

Throughout the interview, Rollins discussed the concept of jazz as a “gift.” Not having heard this idea presented before, it was as much entertaining as informative. Rollins has a way of looking at the world through an entirely different lens, and that doesn’t stop with his art:

The real point about jazz is that it has not really changed. I can listen to a Dixieland and I can listen to some of the young kids playing today and, whereas it’s different in some ways, it’s also the same. Jazz comes out different but the same. It’s the same music. It’s a great honor to be gifted enough to play jazz. When I grew up, all of my friends wanted to be jazz musicians; we all wanted to be jazz musicians. Jazz musicians were so cool. They all dressed sharp; they had all the fine women. Jazz musicians were what we wanted to be, but only myself had the gift. It was a gift. That’s why I practice. It’s a gift. It’s something that I was bestowed with. A lot of what I’m doing is not me, it’s a gift. I didn’t know anything. It’s all this gift. Music takes people someplace else. That’s what music is. It’s something that you can’t describe. Music is in another court of existence. You don’t know where it comes from. I’m just very grateful to play it.

Echoing this idea of thankfulness and reverence for the form, Rollins seems to maintain his unpretentious outlook when discussing the many accolades presented to him. He instead chooses to take a more practical stance:

I might not agree with them putting me on whatever pedestal, but I am grateful because awards allow me to keep doing my work, and my work is trying to create meaningful music. To me, awards are very relevant in that I am able to get out, be well-known, and people will say “Oh gee, he won this award, so let’s hire him and give him a big salary.” Those are what the awards mean to me.”

While not explicitly saying it, Rollins’ art seemed to be more than simply music. As Rollins dove deeper into his past, his relationship to the world became better contextualized with his thoughts on “freedom”:

Every human soul wants to be free. That’s the nature of being born a person. That’s a part of my background. I was brought up with a very activist grandmother who used to take me to a lot of political rallies when I was a little boy. So I got very interested in many of those activities when I was a child. I want to stress that every group wants to be free. That’s a natural condition that we all strive for. If it’s denied to us, then we’re going to try to get it because it’s a natural condition of the human condition. 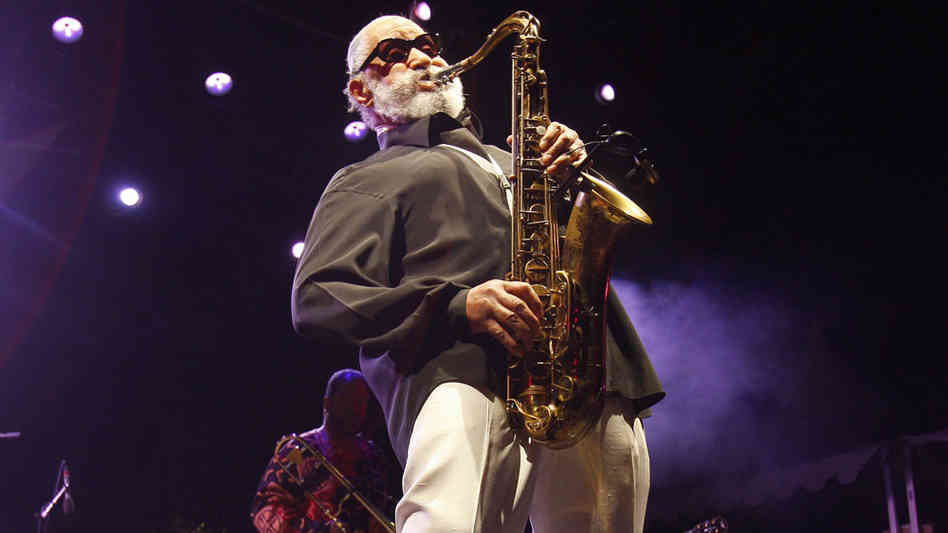 On a technical level, one of our most oft-spoken praises of Sonny Rollins come from his time on the stage, much of which centers around his ability to improvise. Like so much of the interview, Rollins again walks us through an otherworldly look into his process:

I pride myself on being a true jazz musician. That means I improvise. The secret to my playing is that I make my mind blank. I let the music play itself. That’s the only way that you can do it. You can’t think and improvise at the same time. I’ve tried it. It’s impossible. The music is going by too fast. Of course, I’ve had to learn a lot along the way. That’s how you make your mark amongst other musicians, but I was just a guy that started playing without knowing anything. When you’re improvising, you’re supposed to let the music come from the universe; you’re not supposed to be thinking about it; it just comes and that’s the beauty of it.

For as many years as Rollins has been in the jazz world, it’s safe to say that he’s seen it all. When asked about the future of jazz, he had this to say:

Will jazz ever be like it was in 1925? No, because it’s not 1925. But jazz will always have its potency because it’s such a great musical style. This is a different time that we’re living in now, but jazz will never fall out of the people’s consciousness, because as long there’s music, it will get its power from jazz. Don’t let me start talking about stuff like Hip-Hop. Hip-Hop is under the jazz umbrella whether people understand that or not. That’s jazz. Jazz is involved in every kind of creative music that’s happening in the world today. It’s all coming out of jazz.

It’s hard to imagine that such dynamic and virtuosic performances come from a vessel so humble. When Sonny Rollins speaks of himself, he does so with a slight apprehension. His delivery is smooth, but he doesn’t carry the same comfort that he’s worn so many times on the world’s biggest stages. And that is because, even after five decades, Sonny Rollins still sees himself as the seven year old boy with a brand new toy. He’s still engaging his art with a sense of childlike wonderment, still searching for new ways to unlock the secrets of this complex metal object.

But the words of Sonny Rollins provide more than just a historic look into the world of jazz or a sophisticated look at musical improvisation. His thoughts give us points of reflection into our own lives and how we relate to it. After hearing him speak, you have to ask yourself, “If Sonny Rollins still considers himself a work in progress, why shouldn’t we?”

Sonny Rollins is more than the saxophone colossus. He is the lifelong student, using each day to learn more about the world around him. It is this approach that makes all of the difference.