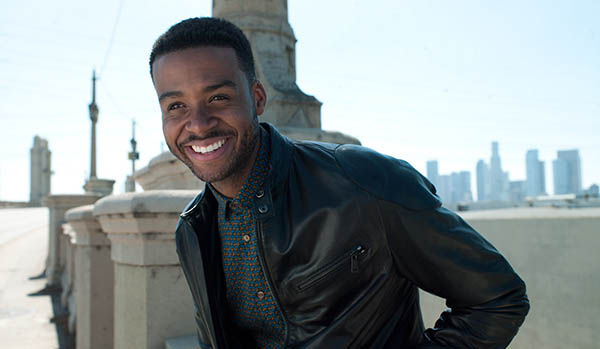 Heros and Misfits – This wasn’t exactly uncharted territory. He had, after all, been here before—several months prior, to be exact. He shined in this capacity, supporting the efforts of Mr. Jose James. Playing the background, his role was significant, but wholly understated. Indeed, the stage was far from unfamiliar, but his role on it had expanded tenfold. This time around, the name adorning Yoshi’s brightly lit facade was a bit more familiar:

On a warm Sunday night in San Francisco, a young pianist from L.A. faced the beginnings of a new chapter of what has already been a vibrant career. This was the opening night of Kris Bowers’ Heroes + Misfits tour. If you haven’t heard the album already, it’s something special. Heroes + Misfits takes modern iteration of “progressive jazz” and blows it up. It’s rock. It’s jazz. It’s soul. It’s pretty much everything you could think of and then a little bit that you can’t. If Christian Scott played the piano, I’m guessing that this is what you would hear. I could tell you more, but I’d hate to spoil the fun. 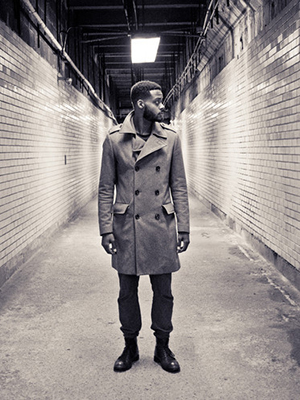 Unfortunately, the strength of this project left Bowers in a predicament. How does one translate such a forward-thinking album into the live space? It’s no easy task, especially for someone headlining his first major tour. The stakes were rather high, but, of course, Bowers didn’t show up to the party alone. Accompanying him for the night were Adam Agati (Guitar), Burniss Travis (Bass), Jamire Williams (Drums), Kenneth Whalum III (Sax), and Julia Easterlin (Vocals).

With such an accomplished lineup, one would imagine that much of the pressure facing Bowers would be lifted. But if our leading man was at all nervous about his opening show, the demeanor he brought with him was nothing short of a contradiction. Bowers walked on stage with the sort of effortless cool often worn by musicians twice his age. He was both poised and loose in the space. That wouldn’t be the last surprise of the night.

The collective jumped right into it with “Wake The Neighbors.” An already strong composition in its original form, the up-tempo record was reborn on stage. It was more aggressive, more perfunctory. It was frantic to the point of drawing feelings of discomfort. Agati highlighted the moment with his guitar play, enhancing the live interpretation’s newfound angst. Immediately, the tone had been set.

Then, Travis was given the stage. His extended introduction was nothing short of haunting. I’ve never had a beautiful nightmare, but I imagine if I did, this would be the soundtrack. It was the perfect invocation to the album’s darkest work, “#theprotester.” Not shying away from the set’s edginess, the band approached the song with a high-octane engagement, pressing every single instrument with a percussive tonality.

An intriguing break from the action took place when Easterlin arrived on the stage. At this point, Bowers attempted to explain just what was going to happen next. He failed. And to be completely honest, I probably will too. You see, what Easterlin did is nearly beyond words. Essentially, she began to sing as scripted, only then to incorporate a looping machine, thereby creating a choir of herself. It’s just something you have to see to fully understand.

I say that to only turn around and admit that such an innovative moment was practically overshadowed mere seconds later. How do you make someone forget about a one-woman choir? Britney Spears. The Kris Bowers Quintet covered Britney Spears! 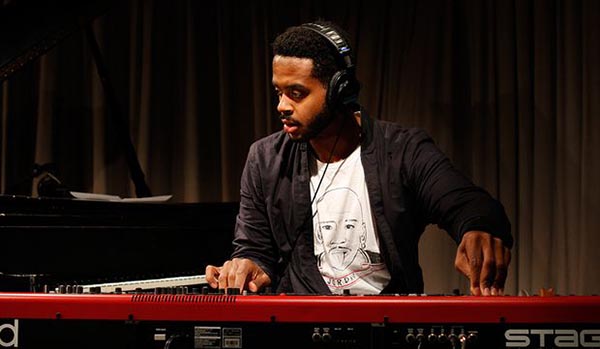 Understand this, Britney Spears’ “Toxic,” is a very good pop record. I’ve defended its artistic merit for years, but that in no way means that I was ready to hear it at Yoshi’s. Do you want to know the crazy part? They really flip this record into genuine auditory foreplay. I’m not even kidding. The band took the record, slowed it down, and let Julia do the work. At no point has something made me want to burst into a fit of laughter and simultaneously light several candles and a stick of nag champa. But it was like I never heard Kris Bowers play “Toxic.” So, I suppose there’s a first time for everything.

With the passing of that humorous, yet substantial musical interlude, the show concluded with Bowers alone on the stage doing what he does best—play the piano. His solo introduction was fitting for a Sunday. With each strike of the chords, he evoked memories of Baptist church services. His showing commanded an outward response from the audience, while stirring something buried within. He took this emotional pull and parlayed it into a rendition of the The Roots’ record, “A Peace of Light.” It was beautiful close to an emotionally provocative night.

In his theoretical debut, Kris Bowers rewarded his audience tenfold, but even more important that his musical successes that night were the risks that got him there. Bowers is a talented individual, there’s no denying it. What is most impressive about him, however, is the fearlessness with which he approaches his craft. From the genre-melding versatility found on his album, to the enigmatic musical choices built into his live set, he seems comfortable in his own skin. There’s no teaching that. We needn’t burden ourselves with speculations on the future of Kris Bowers. He’s beyond shallow prognostications at this point. So until then, I would suggest that you sit back and enjoy the ride, because there’s no telling where he’s going to take us next.