YOU ARE HERE:Home » Interviews » Joan Gand: Leading the Chicago Women in the Blues
Interviews 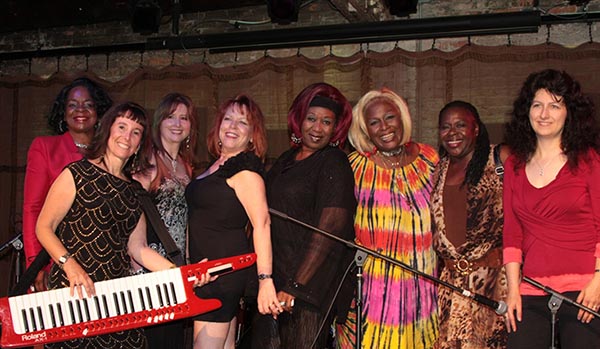 Joan Gand started playing piano at the young age of 5, and has gone on to become a staple in the Chicago blues scene. We spoke with Gand about her personal music style, her influences and the motivation behind creating the Chicago Women in the Blues band. 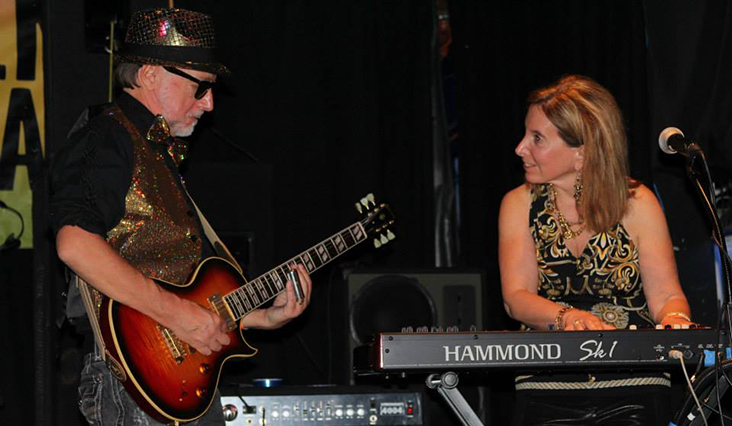 iRJ: You are the founder of the Chicago Women in the Blues, correct? How did you come up with the idea?

LG: Yes. What happened was it was supposed to be a one time show. My husband and I organized it in 2011, in Chicago, because everyone was complaining that year that the Blues Festival just so happened to have booked way more male artists than female. In fact, they didn’t book any female artists-perhaps it was an oversight on their part. But a lot of feathers were flying and people were upset about it. So we decided to do something in response to that.

iRJ: How difficult is it as a female blues musician to really find her place in the genre?

LG: What is great about the blues as opposed to I would say rock and roll, the blues and jazz both have a strong tradition of female vocalists. From back in the days of Bessie Smith going forward to Koko Taylor and going forward now to Shemekia Copeland, there is a strong tradition in the blues of the strong female blues singer. No so much of a tradition in instrumentalists, but blues music is very accepting of someone that’s got the talent and got the sound. So, if you’ve got it, then you can make your way into the blues.

iRJ: Did you find in your career any difficulty with ethnicity in the blues?

LG: Yes. It’s a challenge because ethnicity enters into every situation. Every employment situation, social situation, but what tends to happen with musicians is that, musicians judge by hearing. And they may initially judge by seeing, which is why The Voice contest created the idea of listening to the singers without being able to see them. Because if a musician hears good music and soulful playing from the heart, they don’t care if you are pink or blue, they will accept you.

iRJ: What do you think needs to happen in the blues genre to get more young people interested in the music and to keep the blues alive?

LG: That’s another really good question because everybody is asking that question. ‘What’s going to happen to the blues?’ ‘How do we keep the blues alive?’ And Chicago Women in the Blues was also created to keep the women’s blues tradition alive. And the women’s blues tradition is special in that the personality and the stories that are told on the stage and the stories that are communicated are different than what the men do. Women get away with a lot more than men in terms of what they talk about. And it’s a wonderful tradition. And performing it is really the best way to preserve it and spread the word and keep it out there.

And the second thing is that local blues jams are fantastic for discovering new talent and nurturing new talent. Every town should have a blues jam at a local club where young people can come and get up there and sing and play and learn what it’s about.

iRJ: How would you describe Chicago blues compared to other types of blues? What’s the difference?

LG: I would say it’s the shuffle. There is a rhythm called the shuffle which was created in Chicago. There are different variations of it in different places, but the Chicago shuffle is central to the blues. And that’s that beat that makes you want to move and dance and it’s like no other beat. When you hear it, you know the sound and you just say Yeah! That’s the blues! I’m not going to be sad, I’m going to be happy and start dancing! 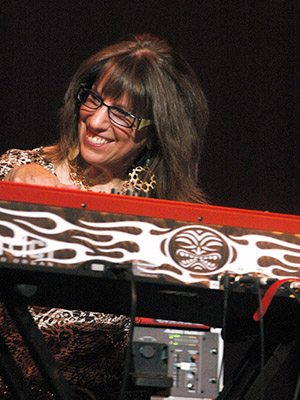 iRJ: How would you define the style of blues that you play?

LG: I’m a keyboardist and my personal style really harkens back to Ray Charles—if I had to say one name, it would be Ray Charles—and Ray Charles was versatile and he also implemented various keyboard instruments-which I love all of the sounds that he got. So I kind of started there and I also feel a strong kinship to piano players from the early days and jazz organist. So Jimmy Smith also was a huge influence on me, and Charles Irwin a lesser known jazz organist from Chicago who is my all time favorite.

iRJ: The Chicago Women in the Blues has a lot strong personalities within it. How do you balance that out as a band leader?

LG: It is a challenge and actually I really enjoy it because the women do have very strong personalities, and a lot of people say that I am the only one who could ever get them to work together, sing together and be happy about it. So I consider that to be a compliment and I think that I am a good diplomat.

iRJ: How did you decide who was going to be in the Chicago Women in the Blues band?

LG: When we first got the idea we kind of made a list of everyone that we knew, had heard personally, or had heard about. Then, with the help of You Tube videos, and going to see them live, we sort of auditioned them quietly without them knowing it and got it down to a core group of people. And then we invited people and as they became available they joined the show.

For example, Shirley King was not available the first year we did it; she was visiting her father B.B. King. And it was his birthday that week and there was a big birthday celebration, so she was not going to be in Chicago. But the following year, when I contacted her, she was happy to join the show and she has become a regular ever since.

iRJ: With the Chicago Women in Blues, how do you incorporate tributes to legends who have passed like Big Time Sarah into your set while maintaining your own individual identities?

LG: Basically when we first started the first year, which was right after Koko Taylor had passed away—she had died in 2009 but it felt like it was still a fresh wound—so we started out dedicating that show to Koko Taylor and really doing all Koko Taylor songs. Every artist, and it was enough of them, worked at least one or two of her songs in their set of the show. So we’ve always featured a tribute to someone each year. This year it is going to be B.B. King because that is such a great loss. And even though, the women can’t be B.B. King, they can play and sing his songs and do a tribute to his music.

iRJ: Will there be a tribute this year to Big Time Sarah (Streeter)?

LG: We will also include some mention and some tribute to Big Time Sarah. We will be able to both in this show coming up.

Joan Gand will be performing with the Chicago Women in the Blues at the Ship and Shore Blues Festival on Saturday, August 8th in Lions Beachfront Park at 6:00 pm and 9:00 pm