YOU ARE HERE:Home » Interviews » Chuck Loeb: All About The Music
Interviews 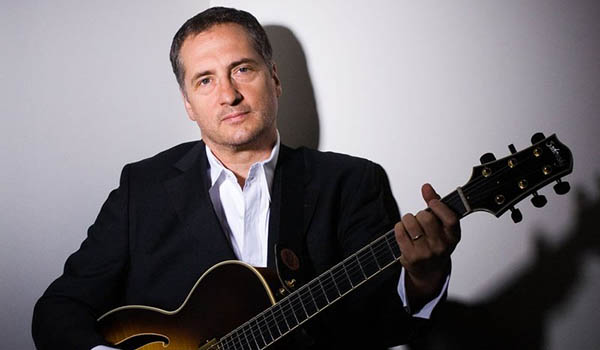 Chuck Loeb is a versatile guitar player who has played with many musicians from many different genres, including well known greats such as Michael Brecker and Stan Getz. Although known for his excellent skills as a smooth jazz musician, Loeb has varied musical interests that include straight-ahead jazz as well as Motown, Latin, and Brazilian music. He is currently touring to support his latest album release as a leader, Silhouette, which also includes a track that features his wife, the talented singer Carmen Cuesta.

Chuck Loeb recently spoke with an iRock Jazz interviewer about his musical background, as well as his latest collaborative effort with the musicians Everette Harp and Jeff Lorber, on the album titled Jazz Funk Soul.

iRock Jazz: Tell me about your new project with Everette Harp and Jeff Lorber that is called Jazz Funk Soul. Is this a new form of fusion or a throwback to something different? 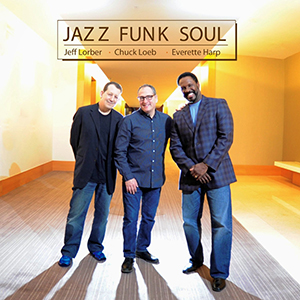 Chuck Loeb: I would say it’s kind of a combination of those two things. We always try to come up with something new. That’s what we try to do as musicians. We’re always working on things and taking chances. Very much, the basis of this group is the shared history that Everette Harp and Jeff Lorber and I have, and the music that we grew up listening to and learning from. We have all studied and are very avid followers of jazz. That’s where we start from, and that’s our common language. On top of that, everybody grew up playing funk and playing the music of [the] Motown era. Growing up in the sixties, all three of us were in bands like that and played that and loved that kind of music. Within all of that there’s what we call soul, this feeling of people really touching each other with the music and because of the music. I think that history and combining the three personalities that we have, each of us is very different, but we have this common history. We tried to take it in our own direction and come up with something new, and I think we have. It’s a lot of fun. I think that’s what everybody says; it’s a real fun album.

iRJ: Where did the decision to make this album come from?

CL: You know it’s funny. I think that actually, if you think about it, it’s the way things should happen. We decided to play together live because there’s a lot of that in this business right now, where people pool their talents and get together and play gigs together. If you say it’s just one of us, you might not get as big of a crowd as if you say that it’s all three of us. We were out on the road just around this time last summer [and] I guess we were having dinner after the show one night and we started saying, ‘You know if we want to continue doing this, which all of us want to do, it might not be a bad idea to go into the studio and see if we can cut a record.’ We got in touch with a few different record companies and Shanachie really came to the table. Everybody was interested in it, and it kind of sprung out of the inspiration of playing together every night. In my opinion, what a great way for music to start to happen, spontaneously out of love for playing with each other, and that’s what happened.

iRJ: How did you all come up with the music selections on the album?

CL: Well once we decided we were going to cut a record, we went in and each of us looked around, wrote some tunes, found some tunes that maybe we had before in the basket and sent them to each other. I remember where we were actually at the moment when we had decided, ‘Okay we’re going ahead with this,’ and we had a record company behind us. We were playing in Jakarta, Indonesia at the great festival over there; it’s called Java Jazz. And we said okay let’s meet and listen to some stuff. We went to Jeff Lorber’s room; we each brought our little hard drives, and we played each other some tunes that we’d written and put together. From there, we narrowed it down so that each of us would have three tunes. We were thinking of doing a cover tune; it ended up being that we co-wrote a bunch of tunes, which was really cool. Jeff Lorber and I wrote the single called “Serious Business.” I had an idea [and] I sent it to him. He kind of beefed it up a little bit, and then we honed it down together. Jeff Lorber, Everette Harp, and I wrote a tune together called “Silent Partner,” and Jeff Lorber and Everette Harp collaborated. The other thing about this record that’s really cool is that it came together really quickly. That was in the end of February, and by June the record was out. So we were trading ideas; we were sending stuff back and forth on the internet; we were going to each other’s studios. The thing came together in a very spontaneous way. 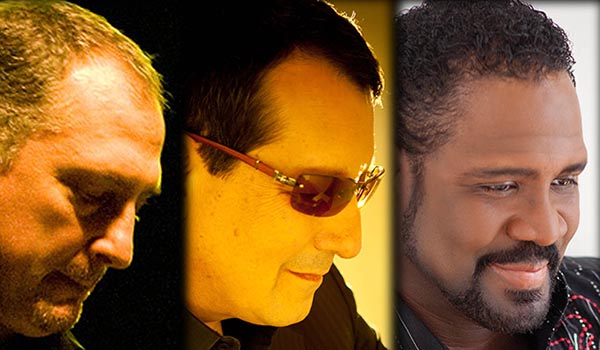 iRJ: Do you have a favorite tune on the album?

CL: Hmm. Well it’s hard to say what your favorite is, you gotta be careful. But I really love the song that Everette Harp, Jeff Lorber, and I wrote together called “Silent Partner.” It’s a ballad, and when I sent it to Everette Harp to work on, I asked him to work on a melody for one section and he decided to do it on his electronic wind instrument: the EWI. That’s an instrument that was played by Michael Brecker, one of my musical heroes. May he rest in peace. When I was in the band Steps Ahead. He didn’t tell me he was going to do it, but he sent me back his demo. And it really touched my heart because it sounded like Michael Brecker and reminded me of Michael Brecker, and since it was a ballad, it just really hit a high note for me. So I’d have to say that one means a lot to me, but geez I like every song on the record.

iRJ: Do you find that many smooth and contemporary jazz musicians are embracing other genres such as soul, funk, and gospel?

CL: Yes, I do. I think that the propensity is for people to want to incorporate many of the different influences they’ve had over the course of their career. For example, you mentioned gospel. I just came off the road; I was in Japan with Kirk Whalum. And you know, Kirk Whalum’s connection to Gospel is not just musical, you know, he [grew up in the church.] That’s a good example where it’s just a natural development of who he is as a musician. And for me to incorporate some of the Bossa-Nova or Latin or Brazilian music, having come up playing with Stan Getz and being married to Carmen Cuesta who’s a singer in that arena, it’s a natural development for me to want to reach in that direction.

Incorporating those elements in what we do brings a wider audience to our music, and it’s just a great thing. And also, it brings some stuff to people that might not be used to it, into a world that they don’t really know. If someone’s bringing Latin music into smooth jazz or jazz, it can open the ears of a whole segment of the audience that wasn’t aware of it before. I’m a true believer in combining all different kinds of music. I’m not a purist. I like to hear people and myself use elements from all different areas of music. So for me it’s a very positive development.

iRJ: By embracing a broader audience, do you ever risk losing your core audience who have supported you in one genre in the past?

CL: I like that question, that’s a really good question. You want to be brave and go ahead and do what you think is right. I had an experience about three years ago where I did some recording. I did a CD called Plain ‘N’ Simple, which was kind of a reach back into my roots as a straight- ahead player, because I really did grow up wanting to play straight-ahead jazz at a certain point. Not for the entire time, but there was a period of five years where I was kind of a purist, which I don’t consider myself now. But I wanted to go back and focus on that on that CD. And yes there was a part of me that was a little worried, ‘Wow, maybe this is going to alienate some of my core audience.’ But you know what happened man? Just the opposite happened. The folks embraced it, and they really loved it. That to me shows that you have to trust your audience, even if there might be one or two people who say, ‘Well that’s cool but I’d rather listen to The Music Inside,’ but that’s okay. That’s good too because that shows that they’re loyal to your initial style or the style that you’re known for. Basically for me, it’s all good. People are really much more open-minded than they get credit for, and I just try to keep going and make music. Music is what it’s all about. If you’re touching people’s hearts, that’s what they want to see, and that’s what they want to hear.

Ravi Coltrane: We Can't Always Be Our Heros