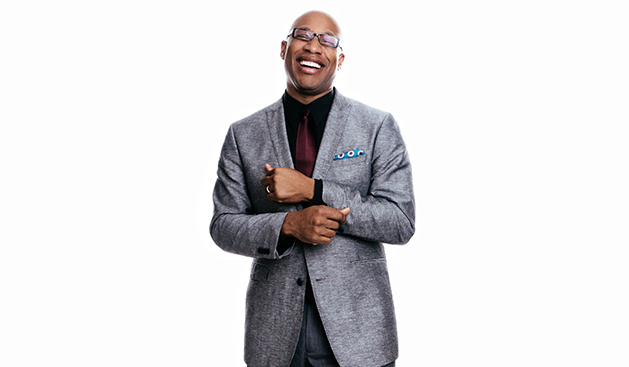 Modernity has prescribed a certain mode of discourse when engaging this thing we call “jazz.” Tangible dissections of sound are cast aside for more abstract debates around authenticity and contextualization. Wherever you stand on the political spectrum, if you’ve at all discussed jazz in the present, you’ve most certainly discussed this. As a wise man once said, “It is what it is.”

So, what does this have to do with Otis Brown III? Simple answer? Absolutely nothing. In this, the latest phase of jazz longstanding relationship with all things experimental, Otis Brown III has provided one of the most straight-ahead jazz records in quite some time. A superficial look at the young drummer makes this a peculiar notion. To know Otis Brown III is to know some of the most progressive sounds emanating from the genre. Hargrove, Glasper, Spalding—he’s worked with them all. So, when introduced to his Blue Note debut titled The Thought of You, there is a certain expectation—songs in the key of provocation. 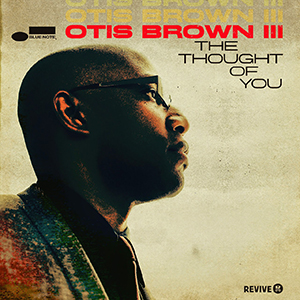 In reality, The Thought of You is a contemporary throwback. If this potential contradiction of terms makes you uncomfortable, that’s okay, because it probably should. Positioning this album is difficult, due to its orthodox approach in a time that is anything but. Take for instance “The Thought of You – Part I.” It’s introduced with a frantic repetition of keys brought to us by Robert Glasper. This leads into a cool bassline from Ben Williams and sharp trumpet play provided by Keyon Harrold, all of which is precisely timed by none other than Brown himself. Wherever you’re at musically, you would identify this as jazz, no doubt about it. Missing from the equation is the relic-like posturing that more often than not places old guard jazz in somebody’s dusty museum or concert hall. This is the Zeitgeist that modern jazz artists have been running from, and yet, somehow Brown has embraced it, whilst subversively undermining the concept at the exact same time. ‘Tis a strange arrangement indeed. But let’s explore further.

Compositionally, the album incorporates an intriguing dynamic built around the relationship of Glasper and Brown. A prime example of this can be found on “The Thought of You – Part III.” In this context, Glasper and Brown seem to fight against each other, not allowing much room for either to take center stage. It creates this demonstrative harmonic element that makes for an incredibly busy, yet entertaining listening experience. Individually, both maintain a tightly bound virtuosity that works a lot better than it probably should. Interestingly enough, the space provided almost demands that Bilal perform with a subtlety not often displayed by someone with his level of dynamic vocalization. But again, it works. Eventually, everyone sits back and the record shifts towards something more balanced. The use of space is compelling to say the least. The same can be said about “Interlude I – Truth,” in which we find Brown giving us that same aggressive style, with Glasper reaching back to vestiges of the man who once upon a time delivered an album called In My Element.

At times, as is the case with “Stages of Thought” and “The Way (Truth & Life)”, Harrold enters the arena with that same battle-like expression of tonality. But as it were, this construct is short-lived as the ebb and flow of these records mandates smooth transitions between fiery escalation and a more tempered feel. It makes for one hell of a ride.

That tempered end of this dichotomy is not a novelty, of course. If anything, it partially explains the intersection of modernity and traditional jazz, of which we spoke earlier. On the Shania Twain cover (Yes, you read that correctly!) “You’re Still The One,” there is something familiar about the voice of Gretchen Parlato connecting with the warm textures of Glasper. The tenderness of the track would fit comfortably within the Glasper-assisted Lost and Found, released by the songstress in 2011. The similarity here is that nobody would even consider calling Parlato anything but Jazz and yet the sound is undeniably fresh. Again, the coexistence of the two ideas is a rarity in today’s scene. 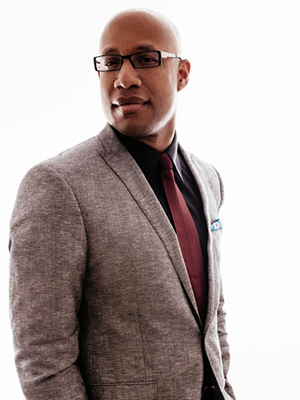 Not to be placed in a box, Brown diverges from these compositional methodologies via Gospel medley, “I Love You Lord/We Exalt Thee/In The Beginning.” While the record feels like a conceptual departure, it is the most evocative of them all. The insertion of organist Shedrick Mitchell almost immediately pulls at the core of the listener—spiritual, secular or otherwise. However, the centerpiece of this record is Nikki Ross. Like the organ, her voice carries a passion that almost begs for an emotional reaction. If you’ve ever wondered what Sunday morning at First Baptist Church in Anywhere, USA sounds like, this is it. Apparent by the end of this record is Brown’s roots in the black church tradition. Like the rest of the album, this too speaks to the multi-faceted existence of Otis Brown III.

The Thought of You probably isn’t what you want it to be. Like myself, you probably want another experimental treatise from the burgeoning class of contemporary Jazz artists. After all, up to this point, it’s treated us quite well. However, the reality of it all is surprisingly much better. Otis Brown III manages to breathe new life into a genre that is already moving faster than the average, whilst reaching back to the past. It’s the space were young jazz cats and old heads can meet at the table and just shoot the shit. As much as I’ve championed these newer sounds, few can make a claim to something as powerful as this. Otis Brown III may not find the immediate crossover success bestowed upon his contemporaries, but he’s got an even more significant achievement on his hands. This is what the conservative critics told us that we’d never see—an honest-to-God Jazz record, set in the present, worthy of the utmost praise. In Jazz vanguard, Otis Brown III is truly one of a kind.

Ravi Coltrane: We Can't Always Be Our Heros