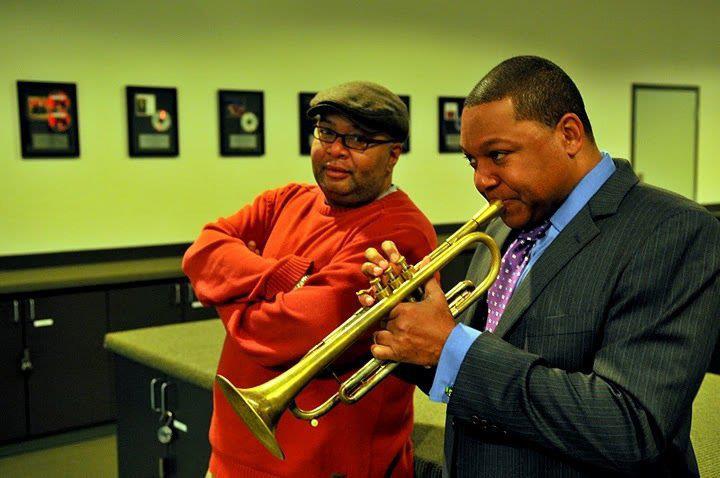 Where there is music, there is Maxx Myrick. From music, broadcasting, radio, entertainment, recording, blogging, teaching, television, Social Networking, Public Speaking, Event Planning, Digital Media, Sound, and other avenues; his influence and contributions can be found.

Considered to be the Berry Gordy of radio, Maxx Myrick is a recipient of both the Marconi and Billboard awards. As the Director of Operations and Programming at WHUR, in Washington, DC, Myrick is responsible for the audio content of the station, where his primary focuses are the Jazz, Blues, Soul, and R&B genres. In addition to being a radio personality on WHUR, Myrick writes, is a music historian, plans and executes concerts. In addition to all of Myrick’s other accomplishments, he created Real Jazz, XM 70, the nation’s largest satellite jazz channel with an average listening audience of over 1 million. 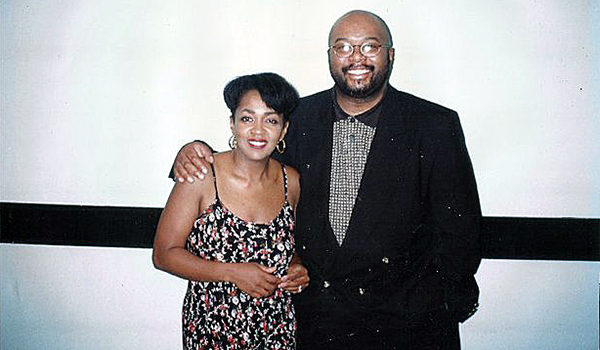 From his first job in radio in 1977 at WKLR in the Richmond, VA area, to his current position at WHUR, in an interview with iRockJazz, Maxx Myrick shared his views on the impact radio had and still has on jazz, the best medium for jazz artists to be heard, and the future of jazz radio.

iRJ:  When you take into consideration your experiences in the music industry, what are your thoughts on how music is marketed today in contrast to fifteen years ago? How much has changed and what has been the impact on record sales, in particular, jazz?

MM:  A lot has changed. First, there are multiple ways in which people can get music today. When I started, there were basically local record stores, the radio stations, friends and family. Now you have all the various digital ways; you have exposure to music through television, videos, you still have radio, and there are all the online platforms and formats that deliver music to the public. There is also satellite radio or platforms that reach across the country.

iRJ:  Is it important that jazz artists be on terrestrial radio?

MM:  Yes, I think so because that’s where most people get jazz from. You have satellite radio, the channel I created, The Real Jazz, XM 70; they probably reach about 1 million people. The local stations, which are primarily on college campuses reach the majority of the people, I think. So, yes, I think it’s important because that’s where the majority of the people are getting their music, especially if we’re talking about straight ahead jazz.

iRJ:  You were tasked with creating Real Jazz for Sirius. How did you architect that concept?

MM:  I had come from V103 in Chicago. I had been there for close to a decade and had been very successful there. It was a unique station; today all the stations pretty much sound the same because they have central programming.  They have people making decisions who may or may not be of that culture nor do they care to be. They do what they know how to do to protect their companies’ investment.

When I left Chicago for XM, I had been a student of satellite radio for a while. I worked in Virginia in the 1980’s, and we brought the first satellite radio to the United States. So, I was already familiar with that technology, and I was also an investor in the company when that opportunity came. When they hired me, I was really interested in doing urban radio; however, they did not have a position. They asked me if I knew anything about jazz, and I said, “Yes, I’m a jazz fan.” They said great because they wanted the jazz platform to be from the perspective of a fan because they did not want it to sound like public radio.

When I was growing up in Ohio, right outside of Detroit in Toledo, I listened to station WJZZ in Detroit. I’ve always been a fan of jazz, and as a musician, I play. Even though I worked in urban radio, WJZZ was my favorite station. So, what I did was take a combination of WJZZ, the point of view that they had, and the “stationality” I had learned over the years, especially in Chicago. I put those together and created a whole new sound for jazz. It was a regular sounding commercial radio station that had jazz music. It was a whole different sound and feeling: a whole different attitude. 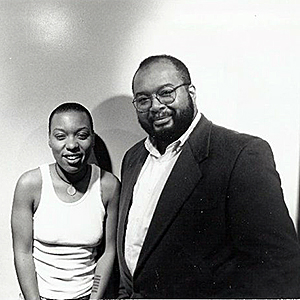 iRJ:  Why should terrestrial radio follow that same format or foot print if it worked on satellite radio to be successful?

MM:  It can be successful. The station I work at now has its own point of view, and we are one of the top two or three stations in Washington, DC. We have our own point of view; we do what we want. Our objective is to find the best music for our audience in that area and focus on what’s important to our audience. It’s the same philosophy I had in Chicago. It can work. The difference is, we’re an independent station. We are the last Black owned independent station in a major market, except for Los Angeles and Kansas City. So, we have the freedom to do what we want to do and can do for our audience. The other stations in the other markets do not have that freedom. They are owned by these giant corporations, and the programming for those stations comes from a central location; as a result of that, you get the same sound all around the country on the stations that they own.

The other piece of that is the ratings mechanism. There is Nielsen which has the monopoly on the rating system, and they have it set up so that everybody has to play by their rules. If you don’t play by their rules, there could be consequences to the stations’ ratings. Huge corporations have invested millions of dollars in radio stations, people are hired to oversee these stations, those people base their decisions on what they think will move the needle of the Nielsen ratings. Does that mean that they cannot do what they want to do on the local level? Probably. As a result, everything sounds the same to appease the rating system; that’s what you get in most markets.

Fortunately, in Washington at WHUR, we’ve been able to do our own thing the way we feel we should do it without those central controls, and it’s working for us. It could work everywhere else [too]; it’s just that I don’t think that the people in the decision making positions have the freedom to do those things. The corporate programmers are not in those markets; thus, they are dealing with it from their own point of view.

Another factor is that there is a lot more competition than there has ever been. In our market, we have seven stations competing for just one piece of the pie. 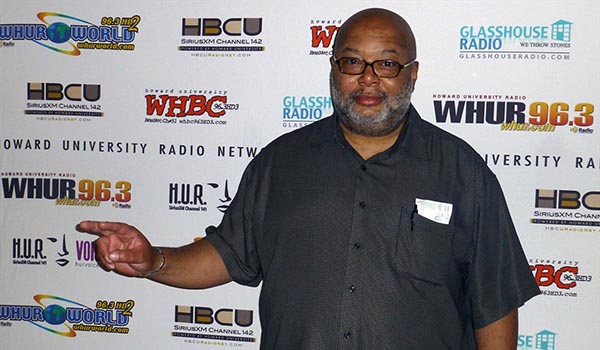 iRJ:  When you see artist like Robert Glasper approaching jazz in a different musical perspective and the younger artist struggling with the genre of “jazz,” does this blending of genres become an issue with the dilution of the genre or from a programming perspective?

iRJ:  Whether it is digital, terrestrial, or satellite, what is the best medium for an artists to get air play and recognition for their music?

MM:  As far as jazz is concerned, I still think it’s going to be terrestrial radio because the people who run those stations are pretty much independent stations. They make the decisions about the programming; it’s about the music; and mostly they are jazz fans. They are not doing this to make money. Most of these stations are owned by schools, and they just have to hit their budgets. The people who run the stations have a passion for the music. They are willing to play new music. They don’t have the schedules as other radio stations; however, that would be the entry point. 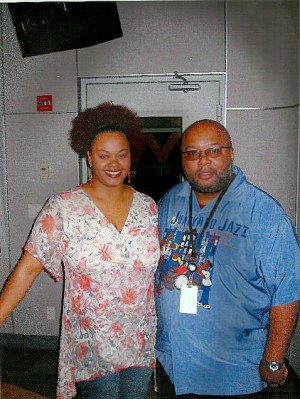 At our university, we have Howard University Radio Network, which is a series of six different radio stations. We have WHUR, which is the Urban AC, and there is WHUR World the HD 2 Channel which is very eclectic; they play jazz and Blues and other genres. There is [also] WHBC which is our HD 3 Channel and our student station.  The student station is run by the students, and plays Hip Hop music or whatever the students like to hear. We have two channels on Sirius XM: HR Voices, which is music and talk, and HBCU, which is content from all the HBCUs around the country. Then we have an online only platform, Glass House, which is a student talk station. The other stations are commercial. We have opportunities for artists to get their music heard.

I think Sirius XM is a great place for artists to get their music heard. They are in the same place as terrestrial stations. Although, they don’t have the flexibility as they once had. Once you reach 24 million people, you become important and everybody wants to put their fingers into it, so to say.

iRJ:  As it relates to jazz, what impact does radio have on music in the future?

MM:  I think it will continue. I think that terrestrial radio will continue; it’s just another medium for people to get music. Radio is very intimate. People take [their] radio in the bathrooms with them, into their cars and homes.  It’s just another way for people to get music. For jazz, people like to hear the artists and live performances of jazz music. Outside of New York, [Washington] DC has the next largest number of jazz clubs in the city. If you are a jazz fan, you go out; you’re exposed to new music all the time. If you like it; you buy it, and you listen to stations that play that kind of music. That’s the future. I think that is the future for all of jazz mediums. Jazz fans seek out the music wherever it is.

With the invention of new technologies and the evolution of new mediums to distribute music, people will continue to find music where ever they can.  Twenty years ago, who would have thought that one would be listening to music on a cellular device, iPad, or computer?  Technology will ever evolve just like jazz; it will grow and continue to exist as new generations create their impressions and impacts in the jazz genre.