YOU ARE HERE:Home » Interviews » Harvey Mason: The Relevant Chameleon
Interviews 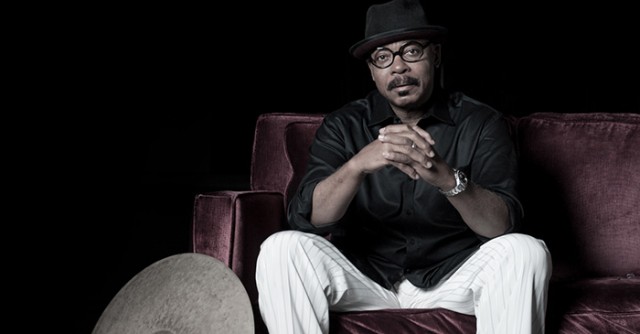 Harvey Mason’s nickname, “The Chameleon,” was not just given to him, but was also earned.  Mason’s drumming work has run the gamut across many musical genres, and his ever changing styles have morphed to accommodate legends from Herbie Hancock, James Brown, and Nancy Wilson, to contemporary artists like Mary J. Blige, T.I., and the late Notorious B.I.G.  Mason’s portfolio over four decades has to be one of the most prolific and diverse in all the world of jazz, if not popular music.  Mason gracefully took time out of his busy schedule to discuss his thirst for change and current happenings with iRockJazz:

iRJ: As a drummer out of Atlantic City and being so close to Philly, were you musically influenced by the Philadelphia sound, or was it something else?

HM: No, I wasn’t really influenced by the Philadelphia sound.  I was just listening to a lot of great music.  I was influenced by a lot of different areas.  But when the Philly sound came into vogue, I loved it.  I was in college by then.  But I listen to all kinds of music from R&B to jazz.  I was even playing some music with guitarists and in strip clubs and shows.  I just love music in general.  I think that has had the biggest effect on my career, and why I ended up being called The Chameleon.  That’s why I have been able to do so many things.

iRJ: You played during the pinnacle of the smooth jazz movement.  Now, many of these artists are trying to find their place today in music.  How has jazz music changed, and how have you stayed relevant today with the new shift in music?

HM: Fortunately, with Fourplay, we were at the forefront of what they called smooth jazz.  Now, I can’t say that I’m particularly involved in the smooth jazz arena.  I just try to play whatever comes along.  Most of my recordings come from the era when fusion was really happening.  Things were just beginning to crossover.  When Fourplay jumped into the arena, they started calling it smooth jazz.  I’m not even sure if I would call Fourplay smooth jazz.  I just try to keep moving forward by listening and playing from the heart.  It’s just like a meal that’s placed before you.  My heart tells me what to play; so I try to stay within the confines of the music, and maybe push the boundaries a little bit.  I think that’s how I have managed to stay relevant and up to date.  That is, if I’m that relevant. (Chuckles) 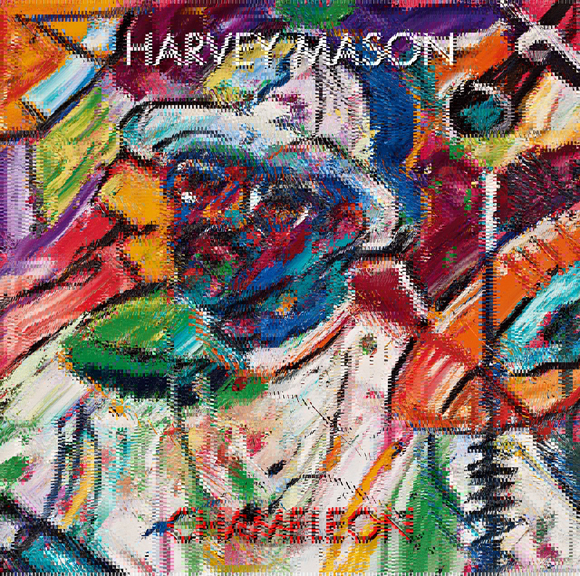 iRJ: Tell me about the inspiration behind your new album “Chameleon”?

HM:  I took a band to Japan a couple of years ago and played the music from the “Headhunters” CD.  I never traveled with Herbie to play that music live.  People have been constantly asking me to play this music live.  So, I took my Chameleon band to Japan, and it was really well received.  People loved it and came out in droves.  The music was so inspiring.  I was urged by the audience to record it and was thinking it would feel more like 2014.  I took the project to Concord Records, and Chris Dunn thought it would be a great idea.  We worked on it and talked about it for a year and a half.  We had meetings and brainstormed. Eventually, it ended up being a record that morphed into me rerecording a lot of the songs that I made, and were popular in the 70s and 80s.  These songs were brand new when crossover was just happening. But, we reinvented them and had the young giants of today rearrange and play on them with me, which is something that has been done with Miles Davis and Art Blakey.  Those guys kept doing it, so it was a natural thing to do.  That’s how we arrived at the concept; we used all the young guys playing the retro music that I had recorded before, but it came out sounding fresh.  The response from the critics has been amazing and overwhelming.  It was a fun project to make.  I didn’t meet many of them [musicians] until we were in the studio.  But I had contact with them because I heard them play and handpicked each guy.  We had them create demo arrangements.  It was a very cool project.

iRJ: There has always been friction between the old and the new guard.  Are you seeing that same level of movement with the new guys in the drum world?

HM:  I don’t really see any friction between the young guys and the old guys, because we all listen to each other.  I know I listen to the young guys.  I respect where they are coming from and I always get respect and love from them.  All these young guys are amazing.  I think that technically, the bar has moved up quite a bit.  They have gone back and listened to the masters and they are aware and trying to push the bar forward.  But musically, that’s an individual thing and you can’t group them together.  The guys can all play, but the biggest difference is technique.  It has gone to a whole different level.  As far as musically, it remains to be seen where it goes.  They all pay homage to Art Blakey, Roy Haynes, Jack Dejohnette, and guys like that.  Those guys set a very special bar.  There’s no friction between the old guys and the new guys.  I’m inspired by guys like Chris Haynes.  He’s an inspiration to me.  We are very close and talk all the time.  When I hear the young guys, it makes me want to try something different or go somewhere else.  That’s what it’s all about.  Young guys are great.

HM:  It’s hard to say.  I listened to so many people.  An early drummer I listened to was Art Taylor.  He just swung so hard and played with such a tasty dribble.  On one of the first records I bought, Taylor was such a big influence on how he played that music.  And then he showed up on many jazz recordings.  I also love James Brown’s drummer Jabo (Starks), then I started listening to the guys at Motown.  I also listened to Roy Haynes, Art Blakey, Randy Gillespie, Billy Hart, Elvin jones, and Tony Williams.  I never tried to copy anyone.  I had been playing drums for so long, that whenever I tried to duplicate what someone had played, it always came out sounding different.  Little did I know that my approach would be a blessing.  I ended up not copying anyone.  I would adapt it to how I played, and it would come out sounding different.  It was a very natural thing for me to do that. 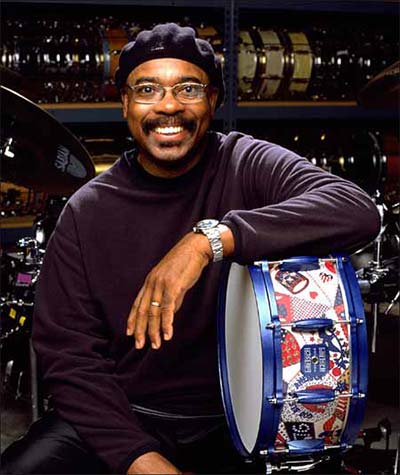 iRJ: You have such a broad career as a drummer.  You have worked with the likes of Bob James, The Brecker Brothers, Lee Ritenour, Herbie Hancock (Headhunters album), Donald Byrd, Johnny Hammond, Bobbi Humphrey, Gary Barton, and that’s just to name a few.  With all these musicians and experiences that you have had, how has it changed you as a musician?  How have you grown from each one of these projects individually?

HM: Just being on these projects, listening to the music, creating, and people allowing you to create by coming up with something on the spot, forces you to grow as a musician.  It’s so unique.  You don’t know what music or groove is going to take place.  It’s very special for me to be involved in those projects.

iRJ:  What else is on your docket as far as upcoming tour dates?

HM:  I leave for Japan on May 24.  I’m going to be taking the Chameleon band there.  My CD came out in Japan a month earlier.  The Japanese version contains four extra original songs that weren’t released on the American version.  I’m looking forward to going there.  I’m doing ten shows in Japan, and then, I’ll be playing with Fourplay for a period.  I’ll be back and forth between my band and Fourplay until the end of the year.  We will be playing all over the place.

Harvey Mason’s new CD “Chameleon” was released in the U.S. on April 29, and is now available worldwide.