YOU ARE HERE:Home » Interviews » Alexandra Jackson: A Voice All Her Own
Interviews 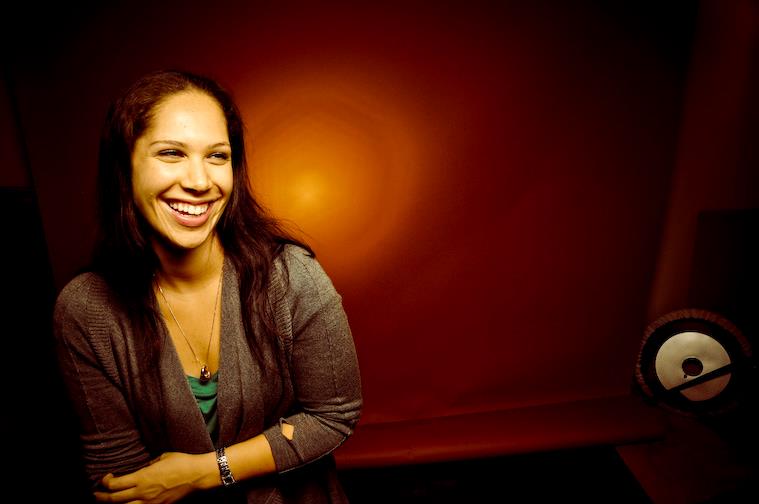 Atlanta native Alexandra Jackson is a singer, songwriter, musician, and arranger. At the tender age of four, she began what would become twelve years of classical piano lessons.

As the youngest daughter of Atlanta’s first African-American mayor and civil rights activist, Maynard Jackson, and Valerie Jackson, and one of the first African-American women to graduate from Wharton School of Business, Jackson’s up bringing was just as much about music as it was politics and civil rights. It is that dynamic that inspires Alexandra Jackson to allow music to be her voice for social advocacy and love.

At the age of 15, Jackson was a soloist with Wynton Marsalis at Lincoln Center through the nation-wide high school jazz band competition, Essentially Ellington. She went on to receive a bachelor of music from the University of Miami.

This past weekend the sultry songstress ignited the stage as a headliner of an event her father founded in 1978; the Atlanta Jazz Festival. Her first album, From the Start, has been released and is already making some noise in the music industry. iRock Jazz spoke with Alexandra Jackson about her early days as a musician, what it was like growing up in a political and socially active family, and her music. 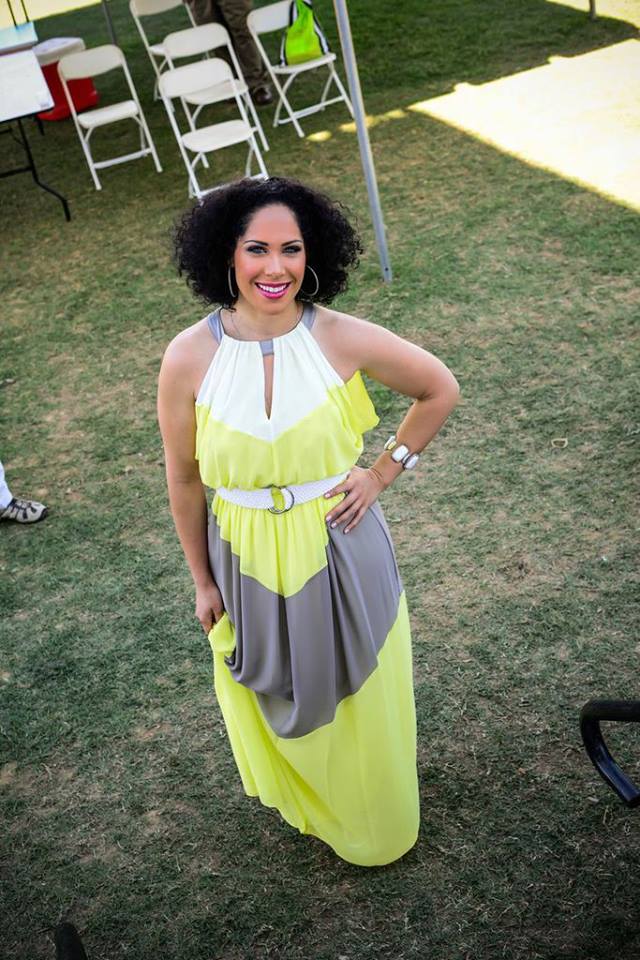 iRJ: Your family was very instrumental in you learning to play. When did you begin playing the piano?

AJ: I started playing when I as about four years old. Piano was a very big part of both of my parent’s lives. Growing up, both of their mothers played piano and sang in the church choir and were very involved with their church chorus’. Growing up, I used to hear both of my grandmothers play piano during the holidays. And my father’s mother was more on the classical side and my mother’s mother was more on the Christian Gospel side; so I was able to hear different genres of music. Then when I was four, I started myself and wasn’t as advanced as my grandmothers, but it was a little more foundation building for a while. But over all it was something that I’m very, very happy about. My parents never let me stop. There would be times when I was really boggled down in high school and I wanted to socialize and they made me practice an hour everyday. I was like, ‘That’s crazy! No one else is doing that. So and so is only doing 30 minutes’. And they were like, ‘Well, let’s check back in with so and so in 10 years and see how they are doing with that instrument’ [laughs]. It was definitely a hardship at times, but they kept saying ‘You’ll thank me one day’, being the hard-headed teenager that I was. Sure enough when I got to college and I placed out of the first two-years of piano that was required of my jazz major, I was very thankful. I called them and I said, ‘Today’s the day when you’re right!’ ‘I’m calling to say thank you for making me stick with piano’ [laughs].

iRJ: You are the youngest child of Mayor Jackson-who is also a important voice in the civil rights movement. What was it like growing up in a political family?

AJ: I’ve experienced a lot. I’m very grateful for and I’ve learned a lot from not an average up bringing. I did experience a lot of things, beautiful powerful things that came about with my father, who was fighting for the equal rights of all minorities. But there was also a downside where we experienced the death threats and security and things that you wouldn’t expect a young child to be aware of, but I learned very quickly that with all good things there are some difficulties.

iRJ: Jazz music is known as a genre that gives voice to the times we live in; especially during the Civil Rights Movement. Did any of that rub off on you and/or is it reflected in your music?

AJ: Absolutely. I’m not necessary literal with a lot of things, so I will write about one thing and it will sound like a love song but in reality it’s a song that I write about my mother. Or I recently wrote a song about the Lost Boys of Sudan, and it sounds like any general hardship anyone is going through difficult times. So a lot of that has come from those songs like ‘Strange Fruit’ by Billie Holiday; where people who are realizing what she’s talking about are black bodies being lynched and swinging from trees. Some people are thinking that she’s just singing about a strange fruit, but you have to look below that. I didn’t get it until I started studying it, and then I thought that it was amazing the kind of message you can get across to people when you’re not necessarily hitting them over the head with it.

iRJ: You had the opportunity to work with Jazz at Lincoln Center with Essentially Ellington. Was that a challenge for you?

AJ: It was terrifying [laughs] for a 15-year old to experience that. To have mentors like the Lincoln Jazz Orchestra and to sing with Wynton Marsalis in front of a sold out crowd, is something that people work towards their whole career. The fact that I was starting out there was very intimidating. 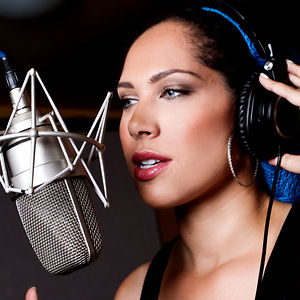 iRJ: Which do you prefer – playing the piano or singing vocals?

AJ: I don’t usually play jazz when I accompany myself singing. I usually prefer to have a pianist perform with me. When I do my original music, I tend to accompany myself. It’s a different creative process for me. They come from different loves. Piano was more of my first love, partly because I was too young to have a voice that was developing, so I was learning from a young age how to work with an instrument. As I got older and I learned that my voice was an instrument, then I started to practice my voice. So it’s definitely a different process, but I love both equally and I don’t think I want to choose [laughs]!

iRJ: As an emerging artist, how difficult has it been to get your music out there?

AJ: It’s definitely a trying experience. It’s very tiring but it’s also very uplifting. I’ve been very lucky to have a lot of the same people who supported me way before my album came out, to still be there and support me to this level. So my advice to people would be as long as you have good people whom you can trust and you feel have your best interest at heart, you can go much further in my opinion emotionally, spiritually, physically, mentally, than you can necessarily by just kind of shelling out money to pay someone to do something for you. You have to enjoy the process, you have to believe the process is going to enjoy you; and you’re not going to do that if you feel like you are a machine and that you’re just going through the motions. I have been lucky enough to have that love circle around me and its growing it really is and I’m so grateful for that. 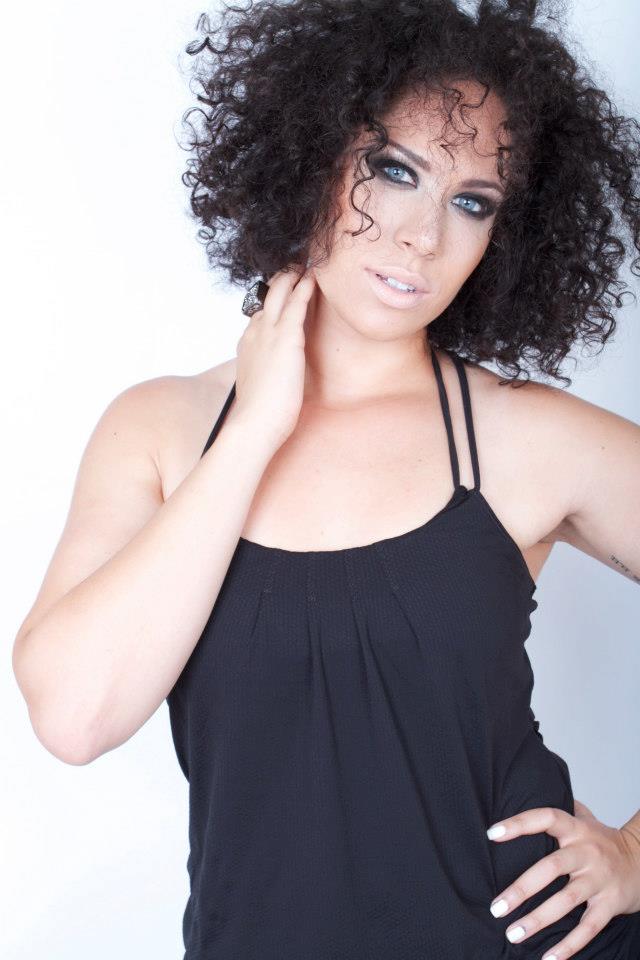 iRJ: Do you have any current projects that you are working on?

AJ: I am actually working on two projects simultaneously. One is more of a straight ahead jazz fusion project and then the other is a project that I’m doing where I am taking some old school songs and remixing them with a jazz feel and writing for those so, all of this will be coming out with in the next year. I’m very excited about working with some incredible musicians from around the country. Just keep an eye out – Twitter, Facebook those are definitely the best ways for Alexandra J. music, keep in contact and to keep up the dates.