YOU ARE HERE:Home » Interviews » Tia Fuller: The Angelic Warrior
Interviews 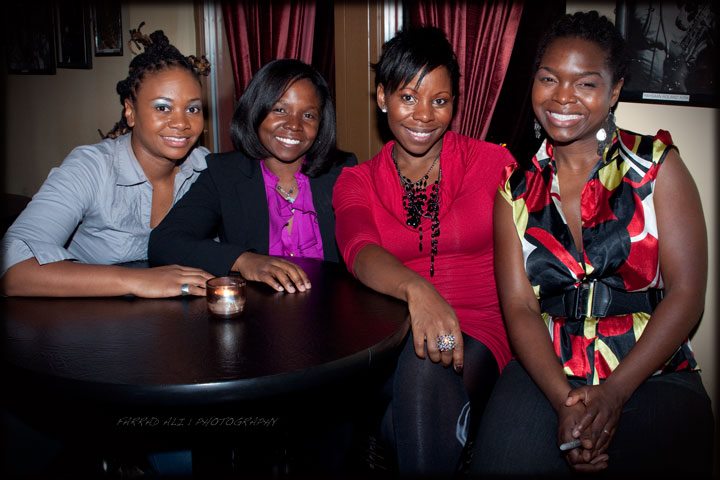 “My music has really been influenced and opened up by everyone’s perceptions. And not just my music, I would definitely have to say my life as well.” – Tia Fuller

Blessed with beauty and grace, Tia Fuller continues to develop her reputation as a gifted alto saxophone player. After spanning the world on tour with Esperanza Spalding, she took the time to speak to iRock Jazz about her new album, Angelic Warrior, and what it has been like working with some of the best musicians in the world.

iRJ: After working with so many great names in the industry like Beyonce, Terri Lyne Carrington, Esperanza Spalding and Dianne Reeves. As a result, how has your music changed?

TF: It definitely has been transformed. I feel that it has been fueled by so much history. And working with all of them provides different perceptions, but you see the common thread between the music. I don’t know if it’s because we are all women or because we are Jazz musicians. We all go through the same experience. My music has really been influenced and opened up by everyone’s perceptions. And not just my music, I would definitely have to say my life as well.

iRJ: Would you say your writing has been influenced as well?

TF: Yeah! It definitely has been influenced. But, it has been influenced even prior to working with all of them. Knowing their level of musicianship, I have always respected Esperanza, Dianne Reeves, Terri-Lyne Carrington and what they bring. But now, I’m able to see more of an up close version of how they function as leaders, producers or even as musicians, and how to learn from that.

iRJ: That’s interesting to note. Helen Sung said she felt the same way about working on the Mosaic Project. The whole experience raised her game. So, I was curious to know if it did the same thing for you.

TF:  I mean how could it not? I think the beautiful thing about being a musician is that whoever you play with, hopefully you can transform yourself into elements of who they are and then vice-versa so that it’s a continuous learning process. You can really try to incorporate elements of the music and musicality that you’ve learned from other artists you’ve worked with, especially if they’re open to giving suggestions, such as somebody like Terri Lyne Carrington. Even Esperanza Spalding – she is very clear with what she wants musically. As a musician it is great to delve into their world and explore, but not to lose you. They hired you because you had a voice. You must bring an element of yourself, while expanding upon your voice. 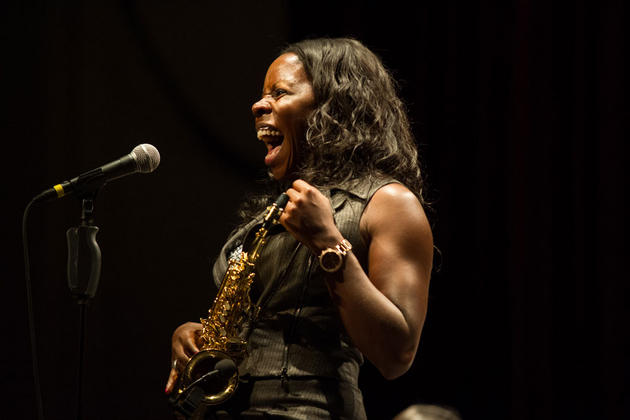 iRJ: Let’s talk a little bit about living in New Jersey. People tend to question the wisdom of moving there when you did, shortly before 9/11. Have you seen a resurgence of Jazz in the New Jersey area?

TF:  Well, it’s hard for me to tell. In order for me to see resurgence, I would have had to be a part of what was happening prior to 9/11. But, I can say there has been a lot of growth. I’ve been out there for 11 years now! [Laughter] Yeah, it is funny how time flies! The growth that I’ve seen, speaking to people who lived out there prior to and who are there now, it has definitely grown. I know it has been challenging. A lot of Jazz clubs have shut down as result of 9/11. But, I think we are heading in the right direction. There are always great musicians and great clubs pushing the music.

iRJ: If you could work with any artist, who would it be and why?

TF:  It would be Prince. And I have to say, aside from it being on my ‘bucket list’, he’s an artist I’ve always wanted to work with because of his level of musicianship. I’ve had a chance to meet him a couple of times. To work with him on a daily basis—it would not have to be for a long amount time—but just to play with him. I know that everyone who has worked with him has a certain perspective behind the music that is extremely powerful. He’s one of these artists who give to his musicians monetarily, but he is constantly ‘hipping’ them to the business of the music. This is what I have heard of other artists who worked with him. There is a certain aura that you carry when you work with Prince. It’s not because you are affiliated with Prince, it is because he instills a certain amount of empowerment for his musicians. I’d just love to witness and experience that on a firsthand basis.

iRJ: It’s true because I’ve read on several different occasions he has seen so much change in the industry considering all of his battles through the years. It would be interesting to see what he would share considering all that he has gone through.

TF:  Yeah, he shares a lot. Cora Coleman, who used to play drums with him, told me he shared a lot of insights with her. Even a couple of months ago at the Montreal Jazz Festival, we were playing with Esperanza, and Prince invited us to his hotel room. I was literally sitting right next to him. Just to hear him speaking about the business of the music and how we as artists should regain control in a sense. Sometimes it gets a little twisted with other people’s hands in the pot.

TF:  Yeah! The funny thing is it’s a weird game that happens. You have to be a part of it in order to build your status or brand. Prince is Prince and he has been for a long time. Of course, he only knows this because he’s gone through it. At a certain level we are all trying to do that, but we have to go through certain steps to get to that point.

iRJ: I read somewhere in an interview that you have an infatuation with drums. Are you a percussionist in waiting? Where does that infatuation stem from?

TF: When I was in high school, I was in the marching band. From my sophomore to senior year, I played percussion. I was practicing drums way more than saxophone or flute. And I was practicing drums about four hours a night, practicing rudiments. I was playing the quads. I was learning the cadences and switch triplets. I think that contributed to why I love the drums. The whole element of being percussive, and indirectly I think I play percussively, which might be because I played in high school and I loved it so much.

iRJ: So you really think your playing is somewhat percussive with the saxophone?

TF:  Sometimes! You can be rhythmic. I’m saying percussive as rhythmic; in a place between myself and drums. As a horn player, it’s a melodic instrument. I can still incorporate a sense of percussion or rhythm you can incorporate with the drummer.

iRJ: Tom Harrell once said to me that artists try to make certain rhythms and beats like speech patterns in music. I can see how you could draw a parallel with percussive rhythms and how you play. Would you agree?

TF: Yeah, definitely! That’s what we are doing when we are playing. We are communicating. There are definitely rhythms in speech. 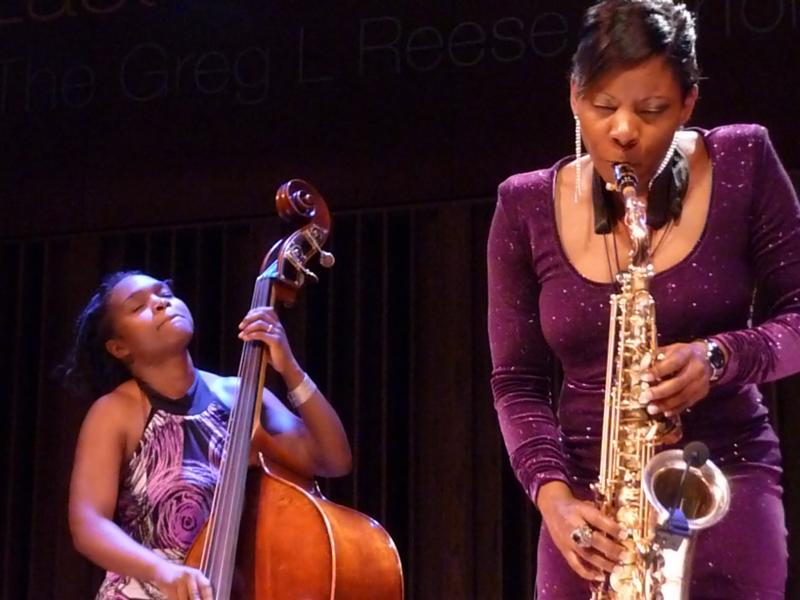 iRJ: Who is your biggest musical influence?

TF: That’s hard! It changes as time progresses. At the very beginning it was my family; in particular my sister Shamie Royston. But aside from that, as far as saxophonists it would be Cannonball Adderley, John Coltrane and Kenny Garrett. I’m just thinking about the people about people who I really sunk my teeth into. I learned “Stars Fell on Alabama” by Cannonball, which was my first solo. I learned a few John Coltrane solos as well. Any alto player from the early 90s will have some Kenny Garrett “isms”. He has a whole school. Those would be my top three.

iRJ: Let’s talk more about Angelic Warrior. What a great title for an album! Where did that come from?

TF: It’s a double play on the meaning. I wanted to celebrate the people in my life who have served as my angels and prayer warriors; all of my friends and family. Then specifically, I focused on the core of my family; my mom, dad, sister and Rudy Royston, who’s on the album. Then there are people like Terri Lyne Carrington, Mimi Jones, and Ralph Peterson, who have helped me along the way. And then the other side is celebrating the angelic warrior within you and not being afraid of tapping into the graceful side, while maintaining a balance of the warrior spirit and maintaining drive and determination. That’s initially where the concept comes from.

iRJ: So there is a sense of balance you are trying to maintain, right?

TF:  Oh yeah, definitely. It is a balance of the two. A lot of times I feel unbalanced. And I think this goes for a lot of working people as well. You’re functioning in the warrior energy. You are constantly pushing and determined at setting your vision forward, which is great. But then I found my blood pressure going up; I’m gritting my teeth at night! There’s something going on here! So, now I’m trying to incorporate a peaceful element. I try to set aside time in my day to take a nap if I can, which is rare or sit quietly to meditate or pray. For example, today I went to dinner and instead of taking a cab, I took this water taxi. To me, the water is soothing. That was really nice. Taking the time to feed your spirit is important in order to maintain your warrior spirit. I am realizing the importance of feeding your spirit and nurturing yourself.

iRJ: I know that you consider yourself to be an educator. If you had any advice to give a young, aspiring artist, what would it be?

TF: I would tell them to figure out what their crystallized vision for themselves is. What type of musician would they want to be? They must visualize themselves in that role. Then, they need to create a game plan in the sense of taking specific steps to get their goals. They need to create a long-term or short-term plan to get there. They need strategic tactics to get there. And secondly, they need to be themselves. They should embrace who they are individually. They should not be afraid to develop their voice, in lieu of studying the tradition of the music.