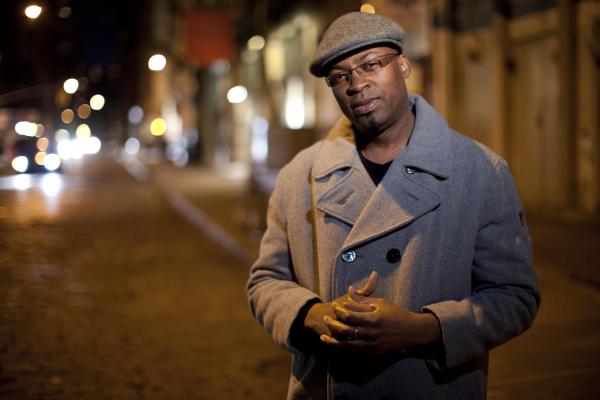 This saturation of renowned dates was kicked off by an equally formidable artist. Fatefully, from Sept. 4-6, the Blue Note bandstand was occupied by members of the lauded label that shares its namesake – the album release of Lionel Loueke’s Heritage.

Accompanying the West African guitarist/vocalist were label-mates Derrick Hodge on bass and Robert Glasper on piano, who also produced the album. The packed room simmered with anticipation, as new audience members continued to flood in until the final seconds before show time.

Loueke, Hodge and drummer Mark Guiliana (also featured on Heritage) sifted through the elbow room crowd to step on stage. Loueke opened the set with “Freedom Dance”, wowing the place by utilizing a harmonizing pedal – adding depth to his already engaging staccato vocals. His touch on electric guitar is unlike any other in jazz, which became that much more apparent when Hodge and Guiliana stepped in. Like so many exceptional guitarists, he extracted new colors and tones from the tips of his fingers. His sense of rhythm was so deft and sensitive it was as if he was finding beats between the beats. 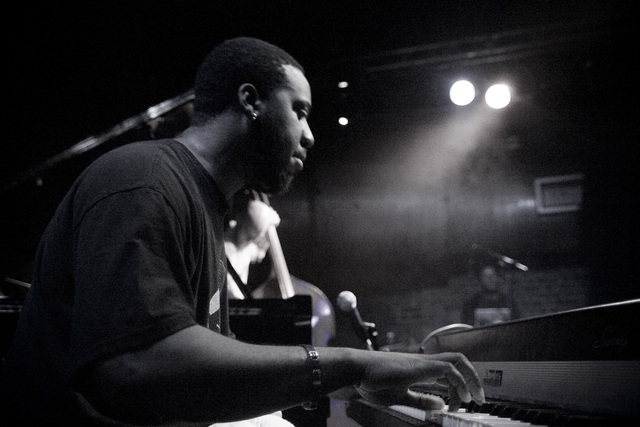 Once Glasper joined the three by the third song, “Ouidah”, the concert goers could see how crucial his contribution and presence was to Loueke’s sound. Their instruments interweaved like a DNA helix, fitting since Glasper’s signature chord progressions defined the genetic code of Heritage. Conversely, the relationship between Hodge and Guiliana was just as prodigious.

This rhythm section provided a monolithically, funky foundation for Loueke’s compositions. Hodge, who regularly commands the bottom for the Robert Glasper Experiment, was on another level, playing solos that employed a slippery fluidity that can only be described as Jaco-esque.

The evening reached its plateau when special guest Gretchen Parlato appeared to lend her voice to “Tribal Dance”, a Glasper composition. Parlato and Loueke have been frequent debut partners over the years, and performed at a Carnegie Hall performance last March. Their chemistry was in full view at the Blue Note. Parlato’s ethereal pants and breaths were reminiscent of the late Miriam Makeba. This song may have been the climax of the night, but the apex of play failed to diminish. The end of the sixth song set was immediately followed by a mass exodus of the crowd to the second floor to purchase Heritage.