YOU ARE HERE:Home » Interviews » Nicki Richards….The Soulful Vibe of a Musical Diva
Interviews 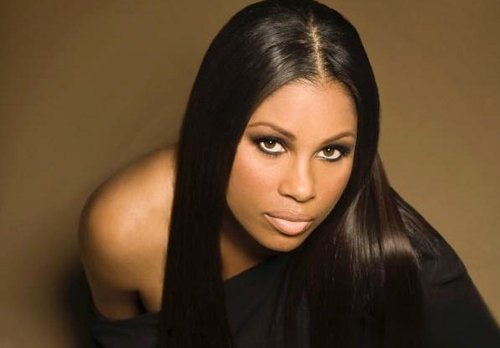 If you have ever listened to an R&B, Rock, or Pop song that has landed in the Top 10 on the Billboard Charts within the past twenty years, you have heard the incredible vocals of Nicki Richards. Her voice is resonates on the background vocals for artists that include Mariah Carey, Stevie Wonder, Mick Jagger, Madonna, and Whitney Houston. Richards has also sang lead vocals to multiple dance tracks produced by Chicago House legend – Frankie Knuckles. With these achievements, some may say that she has reached the pinnacle of her career. However, Richards has reached new heights with her latest release – “Tell Me” – carving her place as a successful solo artist.

Richards recruited the amazing talents of jazz musicians Herbie Hancock, Christian McBride, Randy Brecker, Lenny White, and jazz and gospel group Take 6 to back her up on the project. In fact, “Tell Me” is a homage to Hancock’s instrumental recording – “Tell Me a Bedtime Story” – originally recorded for the 70s animated series Fat Albert and the Cosby Kids. “Lay Your Hands on Me” is latest single from the project of which Richards wrote, composed, and arranged. During her creative process, she describes going through somewhat of a spiritual re-awakening, “During the past year or two, I un-expectantly lost a lot of people that were close to me. My father passed away, my grandfather, my aunt, and Whitney Houston who I’d worked for since the 1990s. And I remember I was on the road traveling. I was in Jerusalem, standing at the wailing wall just feeling alone and thinking about feelings. And I’m in this spiritual place, and of course all of the thoughts that come to me are these random passages from the Bible. I just wanted to be healed.

Music comes naturally for Richards. Her mother is a professional singer who sang with jazz great – Cannonball Adderley. Richards gravitated toward music programs beginning in high school. It was the one thing that was consistent in her young life. Richards’ father was in the United States Navy, and the family traveled and lived in various places across the nation – California, Washington D.C., Florida, and Georgia to name a few. Richards became friends with an array of people from different races, ethnicities, and cultures. She admits that the benefit of growing up in various cities across country is understanding and appreciating diversity, “I know there’s more than one way to being a human being. I know there more than one way to be Black. You know people don’t always see that. I got to see all different kinds of walks of life. I got to see all different kinds of neighborhoods from kids all over the world who were also Navy brats. And I think that there’s something really beautiful, in that it grew me up in different ways than most people.” Richards also reveals that while growing up in the 70’s and 80’s, her parents were responsible for her exposure to different types of music. Artists such as The Eagles, Crosby Stills and Nash, Ahmad Jamal, Aretha Franklin, and Gladys Knight & The Pips were all a part of her musical playlist. She remains inspired by these artists, particularly while recording in the studio.

In 1992, Richards released her first solo project “Naked to the World”. The first single, “Naked” reached #27 on Billboard’s Hot R&B\Hip-Hop Singles. Her follow up, “Summer Breeze” charted at #24 on Billboard’s Hot R&B\Hip-Hop Singles & Tracks chart & Tracks in May of the same year. Her second self-titled music CD was released in 2008. Again, Richards climbed Billboard’s Hot Dance Music\Club Play chart reaching #3 with the single, “Bring the Love” and #13 with “Why You Wanna Hurt Me So Bad”. During the course of Richards musical career, she has also stepped into the world of acting appearing in numerous commercials, films, and staged productions including an adaption of Zora Neal Hurston’s “Spunk” and the Cy Coleman’s musical “Like Jazz.” Richards says her father’s love for jazz music influenced her affection for jazz icons like Ella Fitzgerald, Joe Williams, Johnny Hartman, and the jazz harmonies of Lambert, Hendricks, and Ross.

Although acting is an exciting and enjoyable venture, Richards hasn’t left the business of music behind. In fact, she has served as Vice President and Governor of the New York Chapter of The Academy of Recording Artists and is currently serving on their Board of Trustees. Richards lobbies in Washington D.C. for legislation and monies to support school music programs and regional theaters. She also fights passionately for industry executives to equally distribute and promote all genres of music. Throughout it all… Nicki Richards continues to write, record, and perform. For more information on Nicki Richards, visit – www.nickirichards.com.