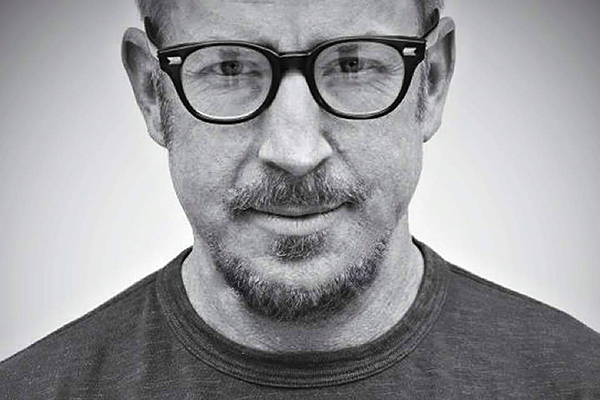 Director, film maker and photographer Andrew Shapter is the creative force behind the critically acclaimed documentary “Before the Music Dies”. The film, which profiles artists like Erykah Badu, The Roots, Eric Clapton, Dave Matthews and Branford Marsalis, was inspired by the need to give musicians a voice in an industry dominated by a pop music influence. The documentary opened up a channel of conversation about the commercialization of the art of music.

In this interview with iRock Jazz, award winning photographer Andrew Shapter talks about his career, his inspirations for “Before the Music Dies”, the current status of the music industry and his new film, “Teller and the Truth”.

iRJ: You started your career off in photography. How did you transfer that over to this other medium of film?

AS: I wasn’t fortunate enough to get in and afford some kind of significant film school; I was being raised by a single mother and I didn’t have the grades. My father was present, don’t get me wrong, but it was partly my fault in high school being a class clown and it cost me quite a bit. I couldn’t afford to go to film school but what I could do was shoot stills. So I thought I would make little movies with my still camera, and I started to do that. It was one of the reasons why I became a fashion photographer because fashion represented to me a lot of fictional story telling. It wasn’t documentary, it was fictional. I tend to fancy some of the older style films so as a photographer I was just trying to find my place with lighting and composition because one day I was going to go into movies. While some of my friends were going to film school and getting into the industry very quickly, I was a very late arrival. I waited until I knew the craft, I waited until I had the right connections, and I waited until I knew the ins and outs before I could ever call myself a director. Now it’s different. In the digital age, 18, 19-year olds come right out of the gate and call themselves directors because it’s easier with digital technology. But I wanted to earn it. I wanted to make films that mattered so I waited 15 almost 20 years into being a visual artist before I took that leap.

iRJ: What inspired you to make “Before the Music Dies”? Was that your first film?

AS: Yes, it was my first film. Being a fashion photographer for one, I didn’t necessarily care about fashion, what I did care about was relationships with people and getting to know people and telling stories. I knew how to make women look beautiful and younger and I started to get hired by labels to make their artists look younger and their female artists look sexier and I was like, ‘Well that doesn’t make sense because it’s music. Why do I all of a sudden have all this work with these record companies’? And it makes sense that people want to be attractive on their album covers. But the musicians they wanted me to shoot weren’t these really talented musicians and singers that I knew that earned their right to have an album; these were models and young starlets and actresses getting record contracts. The pop music world has always had teen pop stars, but the teen pop stars have always been a genre along side jazz, classic rock, country, hip hop and soul music. It was always one of the categories. But today, for record labels to get by it’s all they seem to concentrate on – major labels. To me, it seemed that the path for true musicians was being blocked and open for people that dabbled in music and I thought that was wrong. I felt like I had to say something before my musician friends gave up. So the title of the film, “Before the Music Dies”, is acknowledgment for my friends who are musicians not to give up, let’s find out what the future holds for real music, and see if we can’t make this thing survive.

iRJ: Your brother was a musician and he passed away before you made the film. Tell us about him.

AS: He wasn’t a money making musician but in a younger brother’s eyes, he was Bruce Springsteen. He had a band and he played in front of a lot of pretty girls and people were screaming and he got better, but he also got sick. So he wasn’t able to pursue a career in music. So we would turn our energies to talking about music. One of his greatest ambitions before he died was to open a record store. And I remember he wanted to name it Songs in the Attic and he was going to have all these old records that were hard to find but with the digital age, communities no longer come to record stores to buy music. So that ambition died. When my brother died, I realized that my days as a photographer were numbered because of digital technology, so I took the leap. And in honor of him I wanted to answer those questions about music that we were asking when he died. 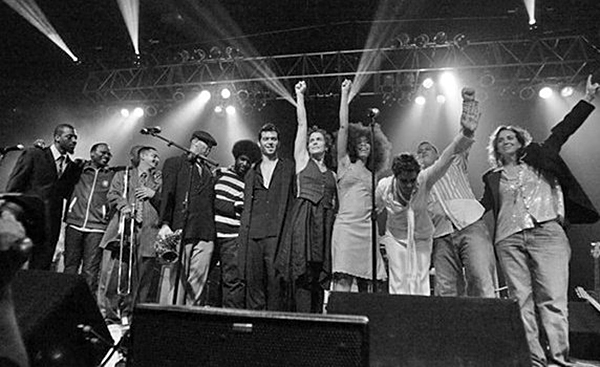 The “Before the Music Dies” Live Concert featured Erykah Badu, Questlove and many others

iRJ: What have you found that the “real telling” affects that this film has had on the industry, if any at all?

AS: There are a couple of reactions that stick out to me in particular. The first reaction was from the satellite radio people and the public radio people and even the Grammy people, not the people that broadcast the show for ratings but the real musicians. They seem to embrace the film. We got a lot of accolades and we traveled the country to at least 100 cities and met with musicians and had bands play; and that was a magical experience. There was another particular New York Times writer that just chastised me for being critical of teen pop. And it wasn’t because it [the film] was being critical of teen pop because teen pop goes all the way back to Elvis and Frank Sinatra, The Beatles, Michael Jackson at one point was teen pop, and these are real musicians by far. But it [pop music] never became the soul of the industry. So the negative side of the reviews was that we were bullying our way into saying that people don’t know music the way that they used to. Well, that may or may not be true; I believe it to be true in terms of being exposed to music that talks about the times. We have a lot of crazy things going on in this world and what we are going to remember about last year is, ‘Gangnam Style’. There’s no social statements being made, there’s no society or politics being involved in any kind of consciousness of youth. And so I think we are lacking that where as Marvin Gaye did an entire album on the soldiers coming home, Bob Dylan, the same thing. We don’t have that in today’s pop culture. Today’s pop culture is so tied into commercial product that there are no messages, just sales. What the New York Times writer was saying, in effect, was that the industry always bounces back; and it does. But musicians used to be able to pay their bills more so than they can today. But the pop stars are off the chart wealthy because they get all the attention and PR dollars.

iRJ: How did you finance the film?

AS: Well, it was kind of a non-traditional approach. We shot a little bit, showed what we shot and then got investments. Then we got a little further down the road and got better investments. So eventually a lot of local music fans here in Austin took interest in the project and that interest made them want to help the project out. A lot of people weren’t motivated by profit; they were motivated by the message. And that’s the best kind of support to get. When we started, if you would have told me that Eric Clapton, Erykah Badu, Dave Matthews and Elvis Costello and all of these other people were going to be in this film, I would have said you’re crazy. But momentum is a crazy thing. We got a lot of that because we were asking questions that nobody else was asking – and we did it publicly. Much to the dismay of the major labels, we were trying to find alternatives for these real musicians who really had something to say and didn’t get drowned out by the singular channel of pop music. It was like a snowball effect. 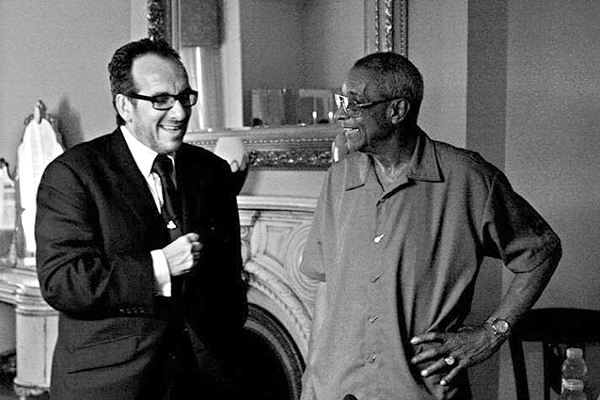 Elvis Costello and Hubert Sumlin, who was the first person interviewed for “Before The Music Dies” Photo by Todd V. Wolfson

iRJ: The film inspired some other films. Did you get a chance to see any of those?

AS: I didn’t get to see a lot of them, but I have heard stories that the film has inspired a film or a certain album or a project. Those stories to me are the most rewarding. To know that Erykah Badu had an album that she was working on before the film, then she sees the film and says, ‘Wait, I want to do this right’. Then she holds back the album and re-releases with “New America” later on, is pretty astounding for me. 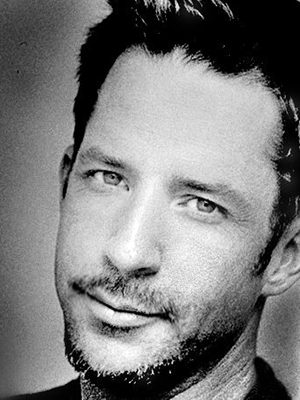 iRJ: Since that film, how has your career as a film maker changed?

AS: Well, the same thing that has happened to musicians is happening to film makers. It’s a crowded field. Careers don’t last as long and it’s more difficult to raise money and to make money. But it’s harder than before because there are more people doing it because it is more affordable and less people are required because of technology. So for me, it takes longer to make a film because I’m using less people but the by-product of that is that I’m making better films.

iRJ: What current projects do you have right now?

AS: “The Teller and the Truth” is a new movie.

“The Teller and the Truth” is Andrew Shapter’s first narrative film. The film combines documentary style with classic narrative to uncover the mystery of a 40-year old cold case of a missing young woman. For more information, go to www.thetellerandthetruth.com.