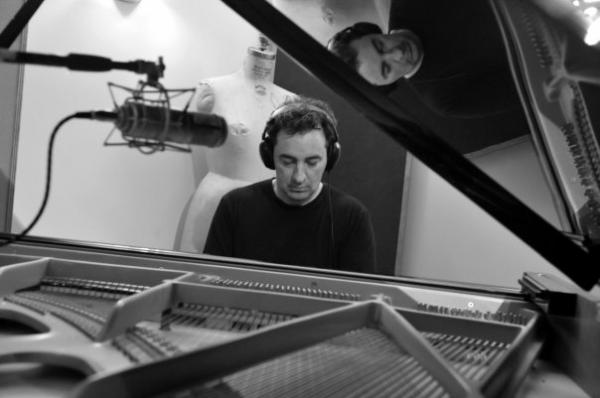 Imagine growing up in Montreux, Switzerland, home of the great Montreux Jazz Festival, being the nephew of jazz trumpeter Donald Byrd or having other jazz legends such as Milton Jackson and Clark Terry hang out with you at your parent’s home. “I was in the world of Jazz and the absolute top Jazz musicians came out once a year to Montreux; like Miles Davis and Donald Byrd. Half of my family is musical; my father’s side and my mother’s side is tone deaf,” he laughs. “It was a good balance and a good place to grow up.”

At age fifteen, he lived with Byrd for a month, observed the life of a musician; the rehearsals, the practicing, the great time spent analyzing music and the composer’s styles, these events began Alex Bugnon’s love affair with Jazz. “I fell in love quickly and never turned back,” he confessed. Why the piano? “I had no choice but to play the piano. Music education in Europe is toward the piano. Piano practice was like homework, you had no choice and no one played any other instrument. If they did, I didn’t know them personally. My beast is piano, I can express myself and my feelings come out best on acoustic piano. I don’t enjoy synthesizers, except when played by a select few; to me there is nothing better in the world than to play the acoustic piano. I love the sound of the Fender Rhodes (piano), and it blends well with the band, it’s organic and can take the role of the synthesizer.”

In 1989, Bugnon released his debut album Love Season, which reached no. 2 on the Billboard R&B charts. In 1990, Head Over Heels, with song titles such as “Any Love” and “Winnie” featuring Donald Byrd was released, reached the Top 40 of the R&B charts and was honored by Black Radio Exclusive as “Best Jazz Album” of 1990. In 1991, his third album, 107 Degrees in the Shade, was recognized by the Soul Train Music Awards and earned him two nominations. His first two albums alone gave him a household name and a place in the world of Modern Jazz. During his career, Bugnon has released 10 albums. His latest, Going Home was released in 2010 on Xela Records. The nostalgic flair on this project sounds as if he were returning to his Jazz roots. With the change in Smooth Jazz over the past 10 years, and many artists having come and gone, Bugnon remained to stay relevant in the industry. “I always did what I wanted to do,” he says. “I don’t believe in the flavor of the day. I believe in mega trends, but not the flavor of the day. Smooth Jazz is watered down now, it is conceptualized and people have lost interest. There aren’t a lot of musicians who can write a tune that is unforgettable like Herbie Hancock, Grover Washington, Jr., Duke Ellington or Count Basie. With technology, anybody can come out and be on the radio. There is no amount of legitimacy.” 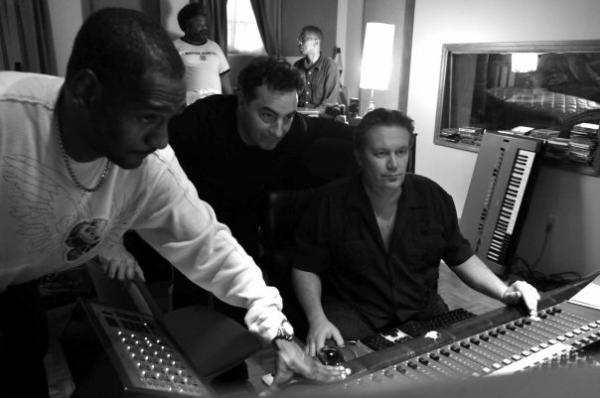 Inspired by the likes of McCoy Tyner, Joe Sample, Wynton Kelly, Herbie Hancock and Patrice Rushen, Bugnon took what he learned from each and formed his own style of playing the keys. What separates him from the rest? “I have an addictive personality like many musicians, I have wide hands and I am left handed which helps when playing the piano,” he says with a chuckle. Although he has been recording professionally for over 20 years, he says assuredly, “My skills are better today than yesterday.” A turning point took place in Bugnon’s life within the last two years; his mother became ill and passed away, along with the break-up of a long term relationship. These events brought him to a place of quiet reflection. “Right now, today, I love where I am musically. What I play and how I play, that has never happened,” he confided. “Being with my mother in her last days put me in such a peace musically. Even now, I play my earlier compositions in a new, fresh and exciting way, which is important, when you have to play them night after night.”

Growing through this dark period, Bugnon, re-aligned himself to who he is and back to his passion of music by living and letting go. “I really dig-in on stage and the response received made me want to do more. More practice, with a purpose and less hours,” he says. Finding this space of clarity also brought about a confidence he didn’t have before. “I am very confident and secure. I don’t fear anything. I am honing my skills and I am happier today musically. You will see this on the new album. I was a perfectionist and self-conscious before, and I didn’t like that. Musically, I have never been in a better place. Out of my entire career, I am most proud of this album. It is an incredible record and almost done. I wrote a few songs and I also wrote a song with Martha Redbone that Maysa (formerly of Incognito) will sing called “River Seine”.

With a new lease on life, living from peace, being unafraid and confident, we look forward to the great sounds he is creating. Alex Bugnon is now living his Love Season.