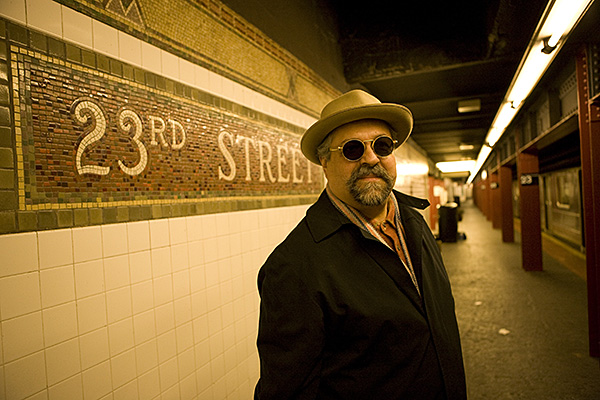 Composer and saxophonist Joe Lovano, a man who never fails to keep things swingin’, recently released his latest album Cross Culture. With his notorious quintet Us Five, Lovano has produced his 23rd Blue Note record. His soft, breathy and gliding tone is a sound that can be heard from a mile away. This jazz veteran’s latest collection is a presentation of his multifaceted creativity and personality as a musician.

The name Cross Culture says it all about Lovano’s latest album. “Since I started to tour in the late ‘70s, I’ve collected instruments from Asia, Africa, the Middle East, Eastern and Western Europe and North and South America,” says Lovano. In an exploration of new and unfamiliar sounds, Lovano experiments with the G-mezzo soprano, the tarogato, the Israeli paddle drum, and a Nigerian drum called the oborom. Us Five is a collaboration of musical intellectuals and a group of musicians who are acutely aware of their own artistic expression and musical personality. With bassists Esperanza Spalding and Peter Slavov, drummers Otis Brown III and Francisco Mela, pianist James Weidman and guitarist Lionel Loueke, the playful interactions of this diverse group of musicians, when combined with Joe Lovano’s limitless musical experimentation, culminates into a truly vibrant sound. 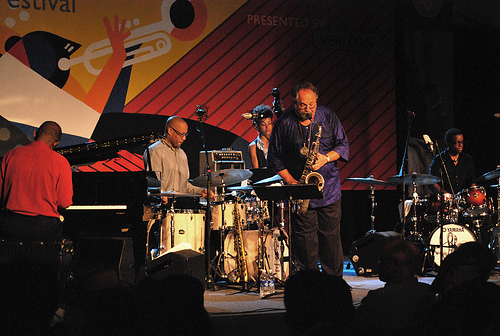 Joe Lovano and “Us Five”

In his 10 original compositions, one can hear a gathering of rhythmic and harmonic ideas that are drawn from around the world. In the track “11pm”, there is a rhythmic dance between Western swing and foreign syncopation. Although dissonant, this cultural clash creates a full and rich sounding composition with a complicated blend of textures and sounds. In Lovano’s tune “Drum Chant”, swing is completely left behind. In the fusion of global rhythms, Lovano and Loueke come together and create intricate and conflicting harmonies.

“Lionel doesn’t just play the guitar, he freely integrates himself with the rhythm section with me in the front line and shares the space in a personal way,” says Lovano.
Cross Culture transitions from these cultural blends to straight ahead swing tunes. Although it is fun to hear Lovano experiment with new sounds and musical structures, it is always a pleasure to hear him swing. On “Royal Roost”, this cat blows over choruses with his vast musical vocabulary that will make you want to snap your fingers and tap your feet. Lovano finishes the song with a classic trading of fours between the drummers and the rest of the band. Lovano is a true ambassador representing the global music community.

“I’ve spent a lifetime feeling the passion of experiencing the spirits in the sounds of the collective ancestors in these instruments, creating music, but feeling like the earth,” comments Lovano. “It’s coming through in my compositions and in the way we play together.”

With Cross Culture, Lovano created a beautiful patchwork of sounds and ideas drawn from music from around the world.