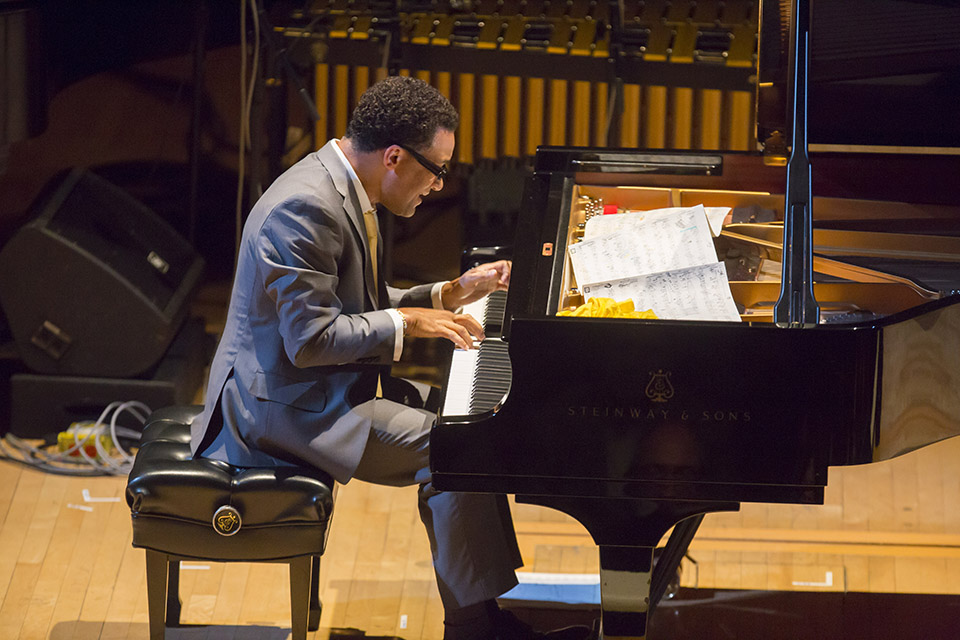 “What I love about this music is that it has the capacity to carry the message of empathy.” – Stefon Harris

Despite countless references to its oppressive regime, Cuba is home to some of the most engaging Jazz artists in the world today. Afro-Cuban Jazz is a cornerstone in the art form, which continues to enrich the Jazz Diaspora—especially with its distinctive rhythmic patterns and temporal organization. On this unusually warm November evening, patrons of the CSO were treated to the dynamic, yet contrasting sounds of Gonzalo Rubalcaba and Ninety Miles.

Gonzalo Rubalcaba was born into a musical family steeped in the tradition of the Cuba’s artistic past. As a child he was exposed to the nuances of American Jazz, despite having a primarily formal classical background. He is a two-time Latin Grammy winner who has worked with the likes of Dizzy Gillespie, Chick Corea, Herbie Hancock and Joe Lovano. However, on this evening, Rubalcaba chose to stay closer to his classical roots. Although unconfirmed, it seemed as though he played primarily original pieces that bathed the audience in its virtuosity. This was highly technical, slightly disjointed, beautiful concert pianism, which had the capacity to motivate or completely obliterate the less inclined. With each run, triplet or soft melodic interlude, it was clear Rubalcaba is an artistic giant whose musical capacities stem further than one could ever imagine. His compositions were lessons in rhythmic complexity, elegance, sophistication and duality. His genius was clearly on display. This left some people feeling a little displaced, creating a disconnection during large portions of his performance. Without a doubt, Gonzalo Rubalcaba is a musical talent, but he did little to warm up the crowd. 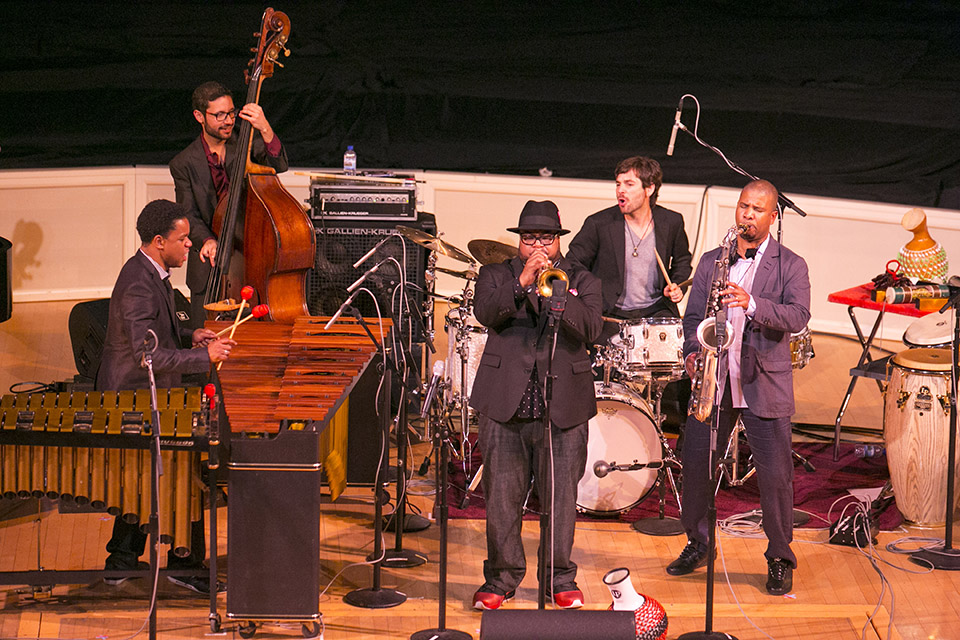 On the other hand, Ninety Miles brought the passion and fire synonymous with Afro-Cuban Jazz. Originally, Ninety Miles was comprised of group members Stefon Harris on vibes and marimba, David Sanchez on tenor saxophone and Christian Scott on trumpet. It would seem that Christian Scott has been replaced with the equally brilliant Nicholas Payton. Early into the set, Stefon Harris riveted the audience with his seismic playing; striking each bar with precision and grace. The rhythm section was comprised of Ricardo Rodriguez on bass, Edward Simon on piano, drummer Henry Cole and auxiliary percussionist Mauricio Herrera. This group was incredibly balanced with their compositions. There was an element of control during their sets, which made for an even more engaging experience. The opening song called “The Music of Cuba” began with a percussive solo, complete with ritualized vocals. David Sanchez plays a softer tenor; not the Goliath rumblings the likes of Sonny Rollins. When playing, it seemed as though Sanchez was dancing with his saxophone. His energy and sheer enthusiasm was infectious. Edward Simon was a steady hand in the group. His scintillating imperfections on piano were captivating. He was careful not to compete with the ebb and flow of the group, while adding his distinctive flavor to the conversation. Nicholas Payton demonstrated his improvisational skills in their purest form. The shape, the bend, the wail and scream of his trumpet pierced the air, leaving the audience begging for more. During the open moments of the song, “City Sunrise”, Ricardo Rodriguez strummed effortlessly during an engaging solo, with Mauricio Herrera adding accentuating tropes to mix. After such an intense encounter, it was no surprise that the audience demanded an encore set. As James Fahey, director of programming at the CSO stated, “This is a legal trip to Cuba”.

by: Mark A. Moore

Gregory Porter- Singing it With Understanding