It’s that time of year again. May equals jazz for the city of Atlanta. For the entire month there are concerts and activities throughout the area. These activities lead up to the big celebration, the 36th annual Atlanta Jazz Festival which was held over Memorial Day weekend as it is every year. Considered one of the highlights of the year in Atlanta, thousands of people came to celebrate the legacy of jazz from Friday to Monday. It was the official kick off of the summer season with food, friends, family, and of course JAZZ. People come from all over to enjoy the FREE concerts which showcased national jazz greats, neighborhood jazz bands, and youth jazz ensembles in the middle of beautiful Piedmont Park in midtown Atlanta. Everyone was able to party like a jazz star. 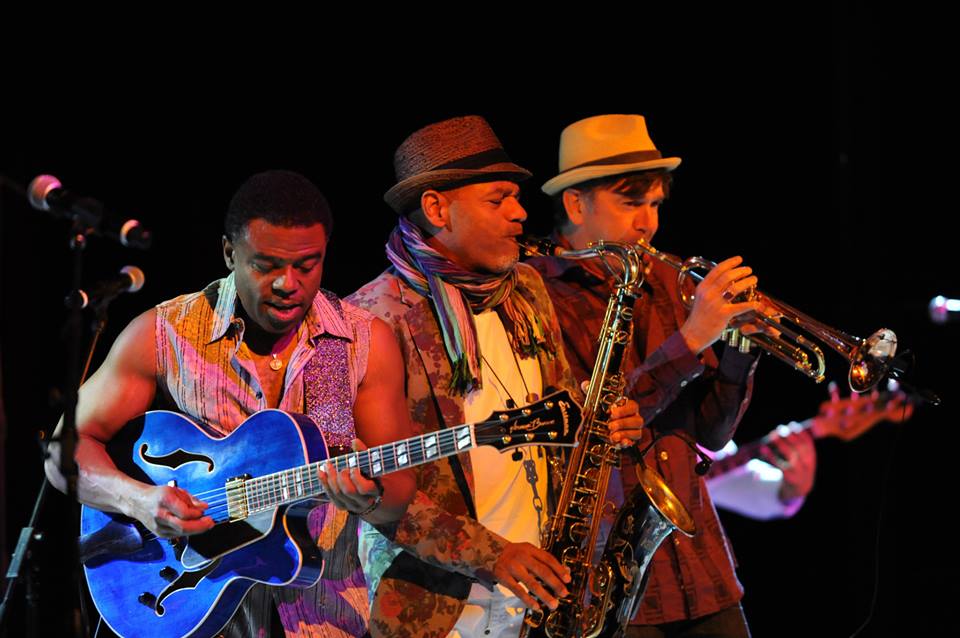 The 36th Annual Atlanta Jazz Festival kicked off Friday with a concert in Chastain Park showcasing BWB – featuring Rick Braun, Kirk Whalum and Norman Brown – and their special guest Chrisette Michele. The concert set the tone for the rest of the weekend. It told the attendees to get ready to enjoy beautiful weather and great music. Chrisette Michele’s performance was a tough act to follow. She did a wonderful job gearing everyone up by singing some of her older hits along with pieces from her new album. Her set let everyone know the weekend was only going to get Better. And BWB delivered what Michele promised, the concert only got better. BWB brought the crowd to their feet performing some of their hits and songs from their new album Human Nature which is a tribute to the late great, Michael Jackson. 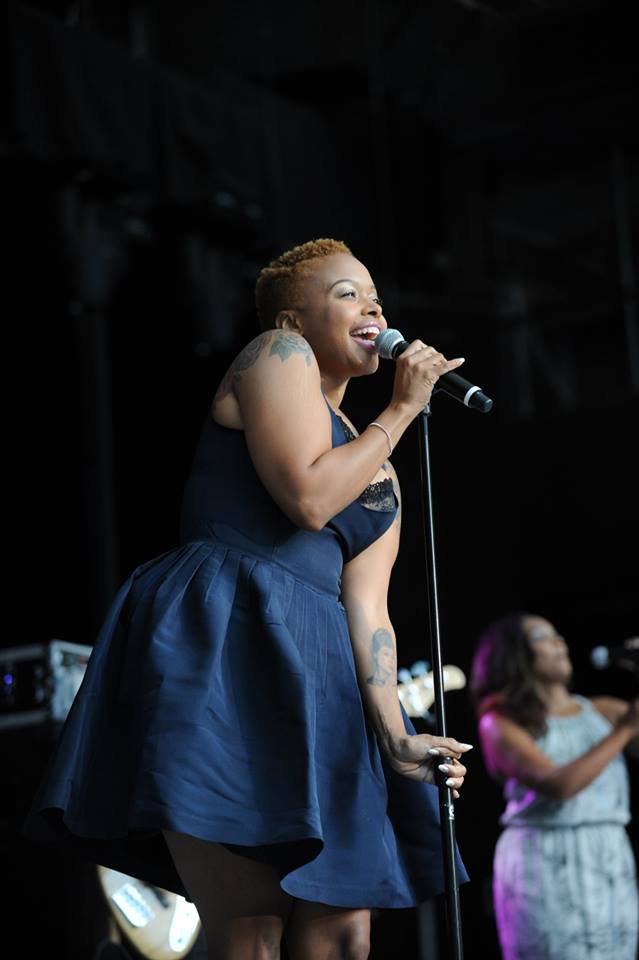 The festivities continued on Saturday, Sunday, and Monday at Piedmont Park. The park housed vendors selling jewelry, memorabilia, and food. Attendees had their choice of the two stages to enjoy the music, the main stage and the international stage. The international stage showcased Haitian and Israeli Jazz performers. You could feel the jazz and hear the international flavor coming through as you approached the stage.

On Saturday, performers such as the Aaron Diehl Quartet, Alexandra Jackson, and

Meshell Ndegeocello graced the main stage. Aaron Diehl of course known for tickling the ivories definitely brought his A-game to the festivities. He mesmerized us as we watched his fingers work magic on the boards. Ndegeocello brought some mysticism to the atmosphere with her selection of slow groovy music and the Ambrose Akinmusire Quartet closed out the night with the wonderful sounds of smooth jazz.

Sunday, the main stage opened with North Atlanta Center for the Arts Jazz Band and also gave us the charming vocal styling of Gretchen Parlato. Jacob Deaton and the Tribulation Band – local legends, performed “In the Beginning” and “From Within”. Renowned saxophone player Tia Fuller closed out the night with some of the best saxophone sounds ever heard by the human ear.

The international stage gave us many artists along with the sounds of Ginou. Ginou’s voice is very strong and powerful. It is almost hypnotizing trying to figure out how she belts out the strong sound so effortlessly. When listening to the music, you can hear the international tones which make their style so unique and yet wonderful.

On Monday, we had the opportunity to enjoy the Rialto Youth Jazz Orchestra. Their sound was so strong that it made you wonder whether they were young players or seasoned adults who have been playing more than 30 years. Their expertise with carrying the notes and making it sound cohesive was awe inspiring. The weekend festivities closed with Jose James who gave a riveting end to a great weekend of jazz music. He did a little scatting and some vocal mixing and he helped us all close out with a party. 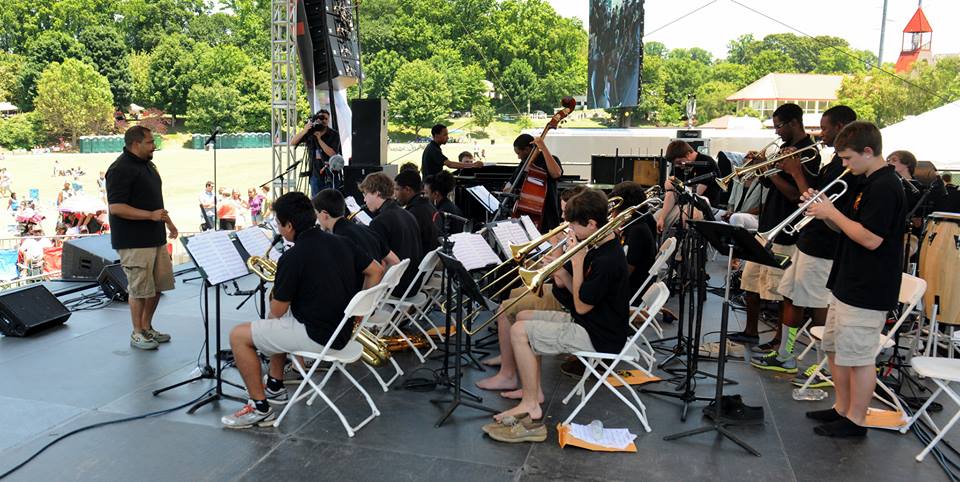 What a great weekend and if you did not make it, you missed out on a great JAZZ celebration. The masses got music, the kids got fun, and the couples got time to spend with each other doing something they both loved, listening to awesome jazz music. Who cares about that other stuff when the best party is thrown by jazz. Advice: join us next year as Atlanta shows you how to do a jazz festival!

Check out more of the Atlanta Jazz Festival Images here.