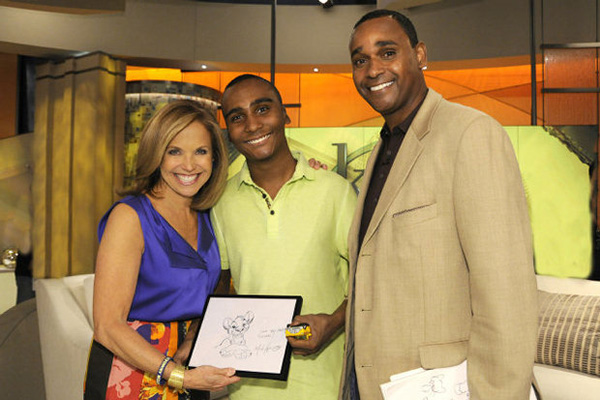 Dwayne Ballen has a stellar career. He is a three-time Associated Press Award winning journalist and sportscaster. His greatest work to date is “Journey with Julian”, with the foreword written by Branford Marsalis. Released in April 2013, this book is his son’s remarkable journey – a journey he shares with us that will touch you in some way. It speaks truth to the power of our only universal language, music. iRock Jazz sat down with Dwayne Ballen to talk about this journey.

iRJ: Tell us about Dwayne Ballen the professional man?

DB: Well I’ve been at this for twenty plus years at different networks in sports. I was at CBS sports, Fox Sports, I was a lead anchor at the Golf Channel, and I worked the USA network and the ESPN network. So in my twenty plus career I’ve been with quite a few networks, but over the last two years I really have spent time working on my book and spending a lot of time with my son. 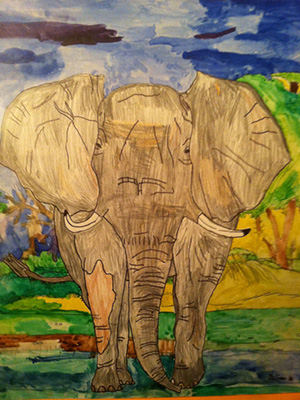 DB: We weren’t shocked because he had already begun at the age of 2 to 3 to have characteristics that weren’t consistent with his peers. So, my wife and I knew that something wasn’t quite up to par with him. We were prepared. One of our friends, who is a physician, had suggested to us that we have him checked out. She didn’t come out and say it, but she was thinking about autism, and that’s what happened. By the time we got the diagnosis we were not shocked, we just knew what we were dealing with. Julian was not verbal. He, at best, would echo a phrase you would say, if that. He would not make direct eye contact with you. He did not like to be held and he had these really bad volcanic tantrums. Also, he was doing what we now know is stemming. He was pacing back and forth, flapping his hands, making noises.

iRJ: In what ways is Julian gifted?

DB: People with autism all have particular areas of interest where they have intense focus. Just about everyone with autism does. For Julian its Disney animated movies, animals and drawing. From the time he was a toddler he could draw and it’s amazing. We think he’s a gifted artist. His ability to draw without looking at anything, without looking at a subject is amazing. He has great recall, once he’s seen something he can draw it freeform and it’s just amazing to watch him. He’s been doing this since he was 3 years of age. We started supporting it with art lessons around 6 or 7, but he’s been doing it for a while.

iRJ: What are some of the things you and your wife do to advocate for Julian?

DB: One of the things that I always encourage anyone who finds out there child is on the autism spectrum is dive in and find what areas they are really deficient in and try to help them. For us, early on, we got him speech therapy, because as I mentioned he wasn’t very verbal. We also got him therapy because despite the fact that he would pace back and forth and flap his hands constantly, Julian had trouble with moving about. For instance he could not get up on a walkway. He’s very uncomfortable being up and elevated so he had that, occupational therapy is what helped with that and the speech therapy. Those are the things we got involved with early on. When he started school we made sure he had an IEP, Individualized Education Program, because he had to have specialized assistance and resource teachers available to help him. 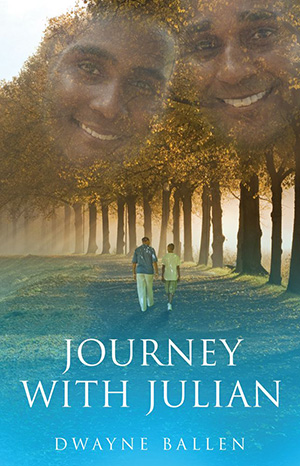 iRJ: What led you to journal about Julian?

DB: A good friend of mine, Rohena Miller, who is a close friend of the family; she is very good about these things. I’d written a column and I showed it to her and we were talking. She said ‘There’s something here to say, there’s something that maybe will help other people. You should really write a book’. She started hammering me about it and proverbially hitting me over the head with it until finally she actually came up with the title of the book and the idea and said ‘Well go do this’. So, with counsel, with my wife and then talking to Julian to make sure that he would be okay with me talking intimately about our lives like this, I decided to do it. That’s what led to it.

DB: It’s funny because one of the things that calms him and has always bought him comfort and solace is music. From a very early age we would play music and it would calm him, especially when he had his tantrums. So as he got older he began listening to music and at one point, just before the iPod became very fashionable, he had a portable CD player. He was a little boy and he would haul it around with about 12 CD’s he wanted to listen to. Then the iPod comes along and he has an iPod now, but his music taste is interesting. He does like current R&B like Alicia Keys and Jill Scott. He likes that, but he also has a really strong affinity for classic R&B, real classic stuff. Really it’s not odd to hear, coming from his room Al Green, Marvin Gaye, Earth Wind and Fire (EWF), The Isley Brothers. Usually, he comes to that from my wife and me, hearing us play it. We were listening to EWF one day in the house and he said to me ‘Dad who is that’? and I said, ‘It was Earth Wind and Fire’. He said ‘Well when was that made’? I said ‘When I was a kid, but it’s great stuff’ and he says ‘I like that Dad, may I borrow that’? So, I have not seen the All ‘N All CD since then. He gets them and he takes them up to his room and they go there; my wife and I call it a graveyard for CD’s. 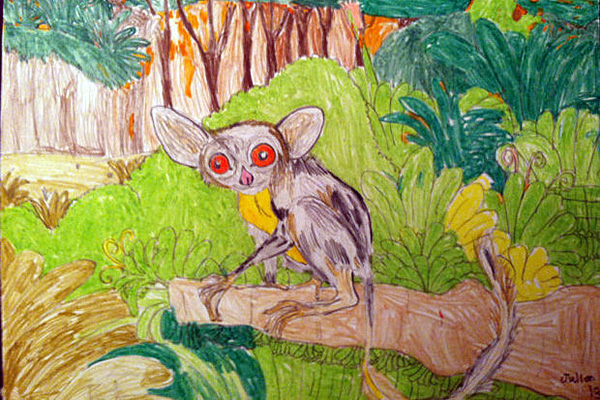 iRJ: What are you the most proud of in regards to Julian?

DB: Every day he puts one foot in front of the other and goes out into a world that is not constructed with someone like him in mind and he tries to make the most of it. He preservers, he smiles and I know it’s hard for him. It’s that way for a lot of people with autism. They go out into the world and they hold it together. I’m so proud that he has made that effort. We have certainly had our valleys, we’ve had some pitfalls, but he’s still moving forward. As my wife says, ‘We just want to keep him moving forward with a smile on his face’. I think I’m most proud of the fact he does that every day and the fact that he’s going to graduate from high school in June when just a few years ago a room full of educators told my wife and me that Julian, at best, would get a certificate of attendance for high school.

iRJ: From a father’s perspective, what would you say to other fathers who just received a diagnosis of autism for their child?

DB: Look, I know you’re going to be in shock. If it’s a son (it’s 6 times more prevalent in boys than girls) I know it’s not what you had in mind for your son. I get that. I went through it. I know you expected to raise your son to carry on the family name, to be this great man. So what you have to do is recalibrate what you measure as success in a man and understand that boy needs you just as much, if not even more, than if he were what we call neurotypical. I would say; it’s not going to be easy. You’ve got to remember that it is not about you it’s about that child – that child that really needs you. So you’ve got to keep that in mind. You have to check your ego and be prepared. They’re going to be times when you may feel embarrassed because of the behavior of your child in public, no matter their age, but you got to remember it’s not about you it’s about them and them being happy. That’s the way you help them down the road to their success. So be mindful, it’s not about you, it’s about that child. Please open your mind and your heart and you will get rewards a hundred times over back from that child. 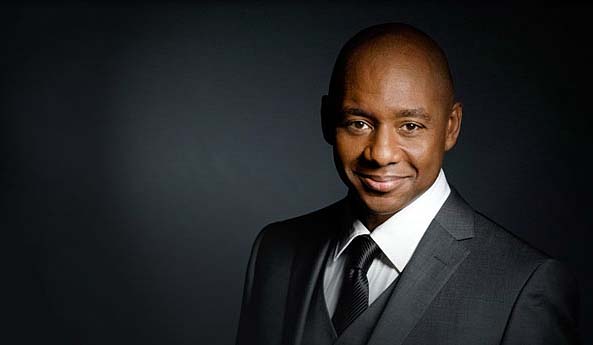