YOU ARE HERE:Home » Interviews » Victor Goines: Music as a Second Language
Interviews 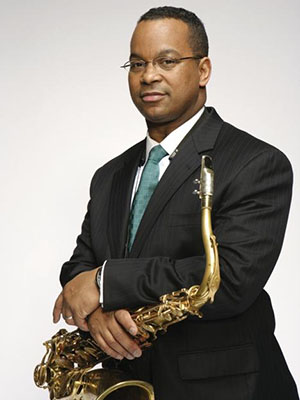 New Orleans native Victor Goines is much more than a jazz saxophonist and clarinetist. He is a composer, musician, educator and the director of jazz studies at the Bienen School of Music at Northwestern University. Goines has played the clarinet since the age of eight and has been mentored by such artists as Ellis Marsalis. He has also worked with Ruth Brown, Lionel Hampton, Bobby Watson, and several other notable jazz artists. Most artists, after achieving critically acclaimed success would continue in the industry as a performer, however, Goines felt the need to also give back. He attributes his love for education to having great teachers.

“Education has always been something that is important to me,” he says. His career has consisted of performing simultaneously while teaching. He has two degrees; one in mathematics and a master’s degree in music education. “Education was not a career fall back or a secondary plan for me that I keep in my pocket. It has been hand and hand for me with what I do as a performer.” As a performer it allows him to be much more informed about what he does. “In order to teach something you have to have something much more in depth, a personal relationship with it. Many people can do what they do but not many can teach what they do. Education is an exchange of information between multiple parties. If a teacher is a good teacher they walk away with something from their students as well as giving their students information. It is never a one-way experience,” Goins says.

“One, jazz has to have the suggestion of the swing rhythm. Number two, the Blues is not just the form but the feelings of the Blues. And three the element of surprise which in music is call syncopation; if the music has all three in it simultaneously, then it is probably jazz.”

Several people try to categorize jazz as traditional, mainstream, be-bop or smooth. Goines elaborated on this concept by explaining that people who try to categorize jazz create situations of confusion for listening audiences who are not informed or clear on what jazz is. For many students and non-musical people who he is in contact with he tries to use examples of life. Goines used the example of pulling a picture of your great, great, great, great grandfather. If you look at it long enough you are going to see something in you that is in them and something in them in you. Therefore, his definition of jazz which he adopted from a mentor is that it is composed of three things. “One, jazz has to have the suggestion of the swing rhythm. Number two, the Blues is not just the form but the feelings of the Blues. And three the element of surprise which in music is call syncopation; if the music has all three in it simultaneously, then it is probably jazz.”

Goines still feels that New Orleans is a very special place. When asked how was he influenced by being a native of New Orleans he says, “New Orleans was a very special place and still is because I feel like being from New Orleans gave me what I would kid about in a joking way an unfair advantage. We played all kinds of music not just New Orleans jazz you hear on Bourbon street.” Goines did not go on Bourbon Street but credits his exposure to playing in several different situations. “I got to play in parades, I got to play in funk or garage bands, I played classical music by studying and playing in different orchestral ensembles. So I played everything that one can imagine.” Goines went on to say that not every city has that luxury or provides so many different types of jazz. He also credits having been fortunate to have the opportunity to be around all the major musicians in the city of New Orleans that were still alive while he was growing up. 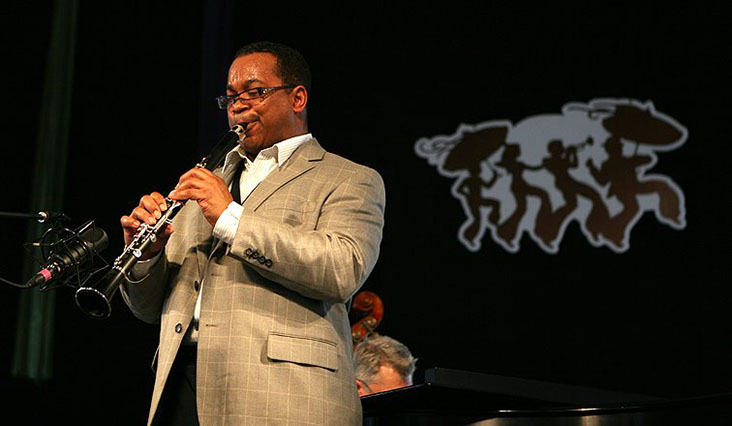 Ellis Marsalis is a mentor of his. Some of the best were from the New Orleans area. Another gentleman, Smokey Johnson was a great drummer. He was important because when the Motown sound came about they wanted him to come to Detroit because they wanted him to be a part of that scene. Goines was told that Smokey Johnson could do what two drummers could do, but like several New Orleans artists he chose to remain in New Orleans because musicians from New Orleans don’t often leave like they should. “I was very lucky and fortunate to be around so many great New Orleans musicians that were not only local but international. That kind of exposure and embrace by those musicians allowed me to grow,” he admits.

Once again Goines is a multi-talented musician, educator and composer. He has collaborated on several projects. Julliard utilized his talents for their 50th Anniversary of the dance division and Robert Battle, artistic director with Alvin Ailey, collaborated on a piece named Baseline. Goines has also done a piece celebrating the Centennial Anniversary of Bennie Goodman that was commissioned by ASCAP. He also has been called upon to write jazz for Lincoln Center galas and performances. He was recently commissioned to write a piece for Jazz at Lincoln Center for the 2013-2014 season. “Accepting the invitation to compose always provides great opportunities to express myself with other people.” 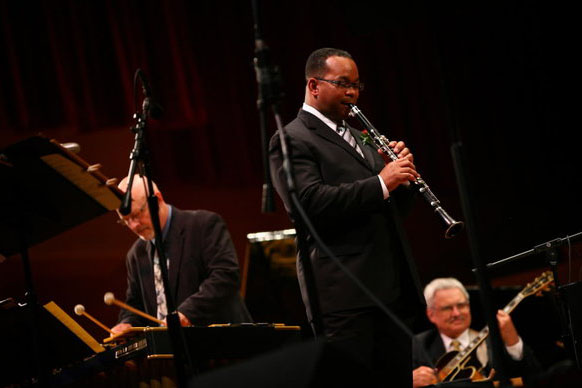 What word would Goines like to eliminate in the English language? The word “enough” out of every sentence. “Enough is a finite word.” He states. As an educator, it is difficult for him to accept the word enough. “Enough means that a person has determined that they are not going to try to learn or play or live any more. Nothing is always the same!”