YOU ARE HERE:Home » Interviews » Boney James: Better With Time
Interviews 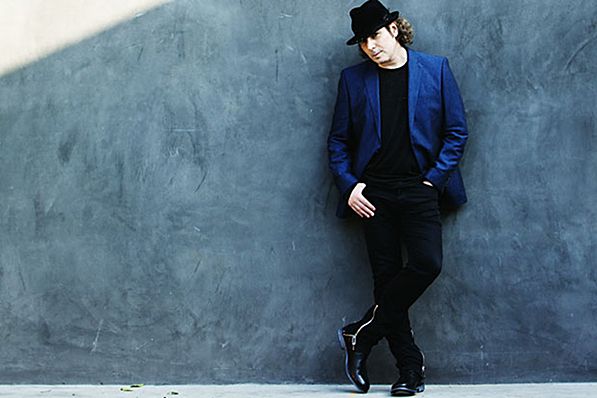 James Oppenheim, the saxophonist, producer and songwriter. Who? One may ask, however a fan would know it’s none other than Boney James. The three–time Grammy Award nominee, NAACP Image Award nominee and the most successful instrumentalist of our time is not a “smooth jazz player” according to the Boston Globe. Born in Lowell, Massachusetts, James began playing the clarinet at eight and at ten playing the sax. His love for R&B and Motown is how he became influenced by the legendary saxophonist Grover Washington Jr. “I started playing saxophone in 1971, before that I was a kid listening to the radio and I really loved R&B music and Motown music was my favorite kind of music. Marvin Gaye, Aretha [Franklin] and Stevie Wonder and stuff like that and I picked up the saxophone in school and it was really a matter of loving a certain kind of music and Grover was the first cat I heard playing the saxophone that was mixing the jazz and improvisation in a beautiful sounding saxophone with more of an R&B groove,” James says. “So right away I thought, ‘That’s what I love.’ Plus I was always listening to; later on in the 70s, bands like Earth, Wind & Fire – they were mixing lots of the saxophone in to their R&B, so to me it was more that kind of period of fusion and mixing genres up that I really fell in love with when I was a young student. So that’s always been the area that I tried to build in to my own personal musical identity.”

With the sound James loves so much and the incorporation in to own his style, he says there were some jazz saxophone players he listened to, however again, the sound he connected to wasn’t the “traditional” jazz sound. “There are some Coltrane records I love, certainly his version of Lush Life is one of the great things and as I got older – more in to learning how to play the saxophone better, I certainly want to go back and listen to the greats. Just in terms of the music I like to listen to, it’s always been more song and groove oriented, so that is just where I went.” 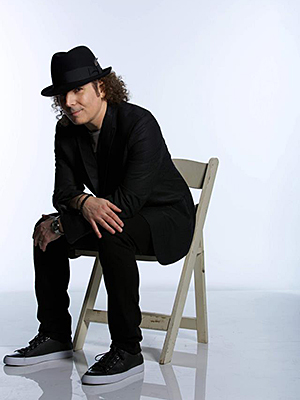 Many people don’t know or realize, James played the keyboards with Morris Day and as a result introduced him in to the world of entertainment. “I was delivering pizzas for a living and trying to figure out how to break in to the music business and Morris had just moved to L.A.,” he remembers. “Right after Purple Rain, he broke up with The Time and he was on the cover of Time Magazine. He was a huge star but he was trying to go solo, so I heard he was putting this band together. He had a big cattle call audition and all I knew was I needed to get out of the pizza place right away [laughing], where I was working and so they were looking for keyboard players and I had learned to play the keyboards just to write songs and stuff, but I never thought I was a great keyboard player but I said, ‘I have nothing to lose’, so I learned the songs and I went and auditioned and they hired me that same day, and that started the whole career as a side man as a keyboard/sax player for seven years before I was able to started making my own records.”

James is known for his collaborations with other musicians such as Rick Braun who together, remade the classic Hugh Masekela song “Grazin’ in the Grass”. They also teamed together again for James’ new album The Beat. He has also worked with singers like Eric Benét, Jaheim, Dwelé and most recently Raheem DeVaughn and The Floacist from Floetry who also appear on The Beat. “Let me just say, the Raheem DeVaughn collaboration and The Floacist collaboration on the new record are two of the best that I’ve done.” James also says, these connections were made as if he were casting for a movie. “You have a song and you close your eyes and imagine a singer who’s going to bring something new to it. There is a lot of inspiration involved in just using your imagination and you try to hear different voices on there so, I always try to listen to what is happening, make a list of people that I think are singing really good or have great creativity and kind of go through my list as I write a song that I think will be a vocal song and try and hook it up.”

The Beat, James’ 14th album with an April 2013 release (as of this writing, the album has been released) is a compilation of another love of his, Latin and R&B. This album shows his diversity and creativity. There is a different feel, a smooth, not as in jazz but in the flow of the “beats” and rhythms. You can feel the love James has for the fusion of the two genres something he says he did to mix things up. “I had been playing around with this idea in my head of maybe doing a Latin record because there are so many Latin songs I like and I was writing stuff that had a little bit of that flavor but then I thought, ‘I didn’t want to do a straight up Latin record, that it might feel forced or something’. So I wondered if there was some way I could combine that love I have for that kind of groove but also with the records I usually write which definitely has more of an R&B hump to it so I just started messing around with ways of mixing the two together and as soon as I did it I thought, ‘This feels really fresh’, and I got really excited about the concept and the record kind of just flowed out of me it was really a great fertile period.” 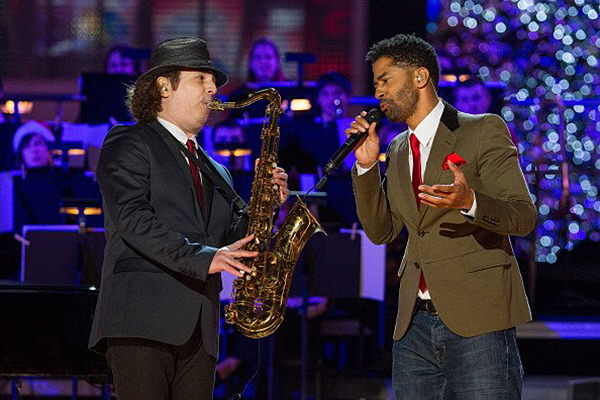 There are many artists and musicians who cannot be labeled or defined, they do not like to be labeled and when you think about it, can art and music be labeled, really? People strive to do it however, it usually falls short. “I always think of music as something you have to hear with your ears, that’s not something you can really talk about in words,” James says. “I just love doing it [music], it’s what gets me up every day. I’m always thinking about making music and I just love it – it’s my passion, it’s really all I think about. It’s writing new songs and how I’m going to play better and make better records and go out there and play better shows. I really love it – it’s my main passion in life. It’s been that way for many years and I’m just grateful my enthusiasm is not flagged at all as I get further in to my career it feels stronger now than it did when I started. What causes that? That’s mysterious [laughs].”

Wise words from Boney James. He just gets better with time.