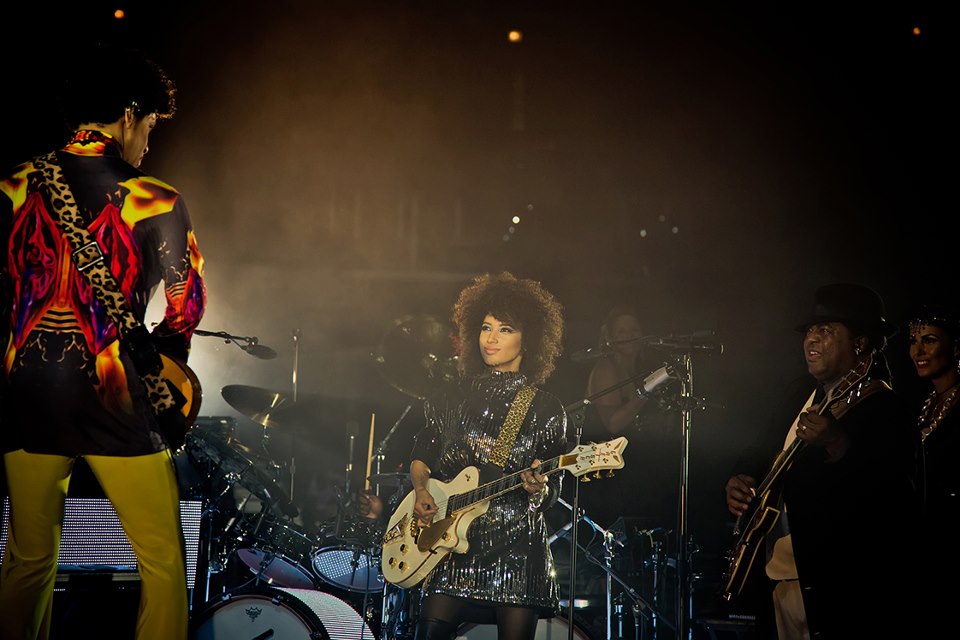 “I may be little, but I take up a lot of space,” Prince told concert goers at his third and final performance of his “Welcome 2 Chicago” tour at the United Center.

After such a long and illustrious career, it was only fitting that Prince would remind his audience of his “bigness”. Though many patrons wouldn’t think otherwise, it was clear he still understands what it means to play live, to move the crowd and to give the people what they want.

“I’ve got so many hits, we can stay here all night!” he shouted as the crowd roared with approval.

In a time when the music industry has lost the likes of James Brown, Whitney Houston and Michael Jackson, the Minneapolis native reminds us of the good times. Last night was a journey back to a moment when music really mattered. You didn’t just listen to music, you lived it. Last night’s performance was unique because it featured several rare tunes like, “Joy in Repetition”, “Dance Electric” and “Extra Lovable”. And who could forget his many hits! Prince had the crowd jamming’ to his tracks “Let’s Go Crazy”, “Controversy”, “1999” and “Little Red Corvette”. He’s still a mover and a shaker as evidenced by his dancing in his trademark heels.

After two nights of shows and late night jam sessions, his voice seemed a little stretched. With the clever use of crowd participation, he was able to save his voice for more difficult pieces. At this performance, Prince’s main “weapon of choice” was his guitar, which he wielded with clarity and his usual brilliance.

The bold and energetic Janelle Monáe opened the show with her funky, soul rock style. She dazzled the crowd with her fancy footwork and her giant voice. If you weren’t a fan of hers before, this outstanding opening performance was sure to make you a believer afterwards. She would later partner with Prince on a spirited rendition of “Take Me With U”, where she sang lead for most of the song. The show also included a cameo appearance by legendary saxophonist Maceo Parker. Without a doubt, he still had “the funk”, which he made famous working with the late James Brown. Newcomer Andy Allo (who is a doppelganger for Esperanza Spalding) played as a member of the New Power Generation. She released a new funk/soul album on Prince’s NPG Records. R&B sensation Ledisi consumed the crowd with her soaring vocalism. She showed us why she is one of the best vocalists in today’s industry.

The show wasn’t without its problems. At times, the sound system seemed to underwhelm. The bass guitar was drowned out by the keyboards and other instruments, leaving the songs feeling imbalanced. In a unique set-up, Prince had the New Power Generation (which is an 11-piece horn section) positioned several feet off the stage. This diminished the continuity of the performance. It would have appeared better to have them on stage, or closer to the rest of the band.

Always unpredictable, Prince seemed to close the night with “Purple Rain”, leaving the crowd swooning. The less-knowing headed for the exits thinking the night was over, only to have him return on stage for a few piano solo, and most notably was “How Come You Don’t Call Me Anymore”. By far, this was the most intimate moment of the night. It was vintage Prince—sexual, racy and primal. This is what many had waited for, and for the most part, no one seemed disappointed.