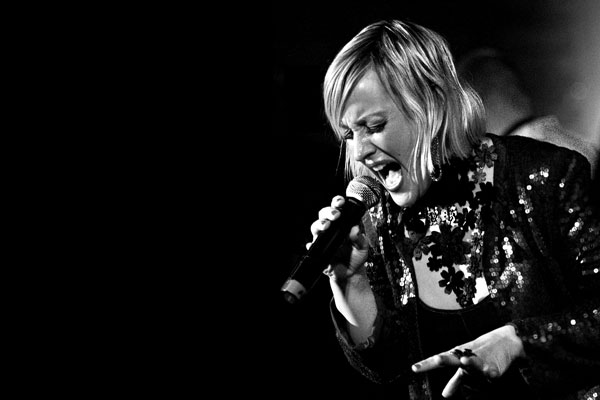 It’s easy to take Alice Russell for granted. I realized that about halfway through her recent set at Yoshi’s in San Francisco, California. It was around this time that, while fully engaged, I was growing comfortable within this auditory space. I was enjoying myself, of course, but my mind was beginning to normalize something that was anything but.

Alice Russell is much more than a singer. She’s a dynamic powerhouse, boasting one of the most commanding voices on the scene today. That I knew. What threw me off, however, was the way in which she presented this particular instrument. I come from the tradition of boisterous performers, those who indulge their craft with an exaggerated, bordering on trite, sensibility. When they sing, you see it pouring out of their contorted lips and overdramatized gazes. And this is not to say that Russell is uncomfortable on the stage. In fact, her playful nature makes for quite the engaging relationship between artist and audience. 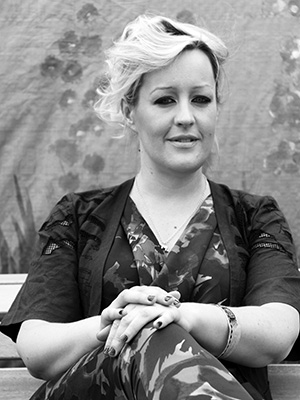 There is a marked sincerity in the poise of Alice Russell. The passion emanating from her voice is one that would make any soul singer blush, but she needn’t involve herself with extraneous frivolities to show us that. She is the tempered storm. Russell has the ability to take her listener wherever she pleases with seemingly no effort at all. Take for example her rendition of “Let Us Be Loving.” The song was introduced with just her and the piano. The authoritative tonality of her voice should have conflicted with the gentle melody of the keys, but it didn’t. Instead, her subtle presentation of the form only complimented her partner in the most intriguing manner. As the rest of the band entered the scene, the tempo began to hasten, and so did Russell. But it was never forced or strained; it was a natural progression. So when the song came to a close, the tempo approaching its initial tenderness, Russell never missed a step. In this rollercoaster of musical emotions, she remained in total control.

Toward the end of an already stellar show, Russell managed to give us even more. The crew went into a funky cut titled, “Got the Hunger.” It was a great moment in the night—the band was grooving, Alice was doing what Alice does, and the audience was rewarding their work with spastic gyrations of the most charming variety. As the night reached its denouement, the band went into what my Baptist roots tell me was a “praise break.” For the non-indoctrinated, a “praise break” is a moment in a worship service during which the band, the congregation, whomever is in earshot, gives into a spontaneous moment of expression, marked by a raucous delivery of music. But when I say that the band employed this particular medium, don’t think I’m talking about throwing around a few church chords. No. I’m talking about a full on sanctified experience. At least three people caught the Holy Ghost in Yoshi’s, I swear. And, all the while, Russell was wailing with the fire of Aretha Franklin at New Temple Missionary. It was stirring. It was uplifting. It was provocative. But, most important, it felt smooth. 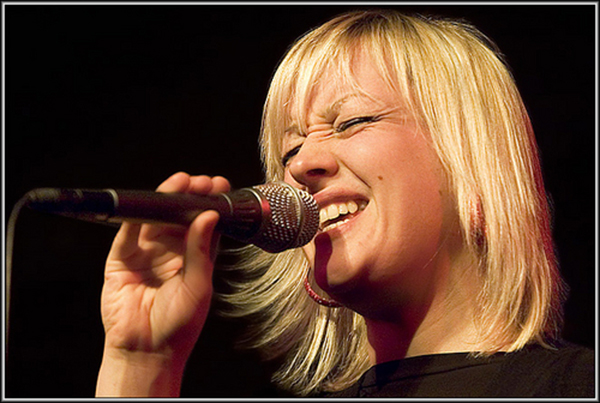 That’s what it’s like to see Alice Russell live. Even when she takes off her metaphorical cool, she still manages to make it look oh so natural. In an abbreviated set, she showed that true power is the ability to harness it. Strength needn’t come from haphazard dalliances in uncontrolled temperaments. I think that’s why Russell deserves more credit than she receives. When you see her live, it’s almost too natural. You forget that what she’s doing is truly unique. She does everything other vocalists wish that they could do and then some, all the while making it look like a string of vocal warm-up exercises. It took me awhile, but as I’ve passed Yoshi’s several times since then, I’ve truly begun to recognize what we were privy to that night—raw talent. You can’t teach that.