YOU ARE HERE:Home » Interviews » Alice Russell: The Soul Aesthetic
Interviews 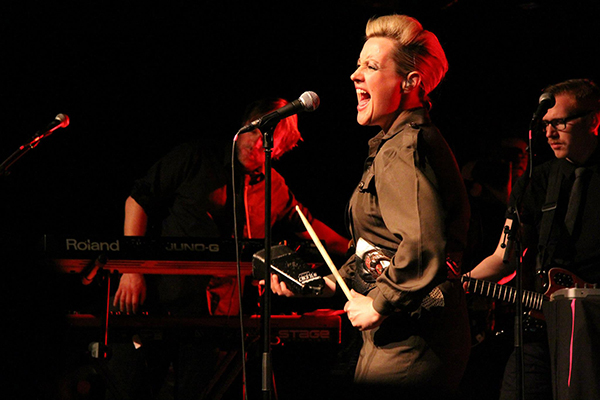 Soul music was conceived in a one-room tabernacle south of the Mason-Dixon. This moment was overseen by sweat-drenched Pentecostal souls losing themselves in the Holy Spirit. A natural birth, there was no central air in this house of God. It was a literal hell on Earth. Divine irony, I suppose. A facade of comfort was found slightly below the heavens as ceiling fans harshly deflected the poetic chants of call-and-response. This is soul music – raw, organic, and beautifully human.

History tells us that soul music is a derivative of the “black experience.” It is indelibly tied to those emotions that exceed standard means of expression. In this cultural narrative, the feelings were sometimes so heavy that it was even a burden to simply cry out. For these moments, we turned to soul music – an even greater manifestation of our tender sentiments. This is one of the earliest folk traditions in American history. And that is why the case study of Alice Russell becomes so fascinating. How is it that this white, European artist has not only embraced this sound, but wholly conquered it, as well? What does it mean when someone outside of this cultural paradigm takes this indicator and creates with it some of the most commanding art in the form’s legacy? These are the questions that we are left asking when taking in to the voice of Russell.

Recently, iRock Jazz sat down to talk with Alice Russell about her navigation of the soul aesthetic and where this path will lead her in the future.

iRJ: Soul music was birthed out of the American music tradition. How were you first introduced to the genre?

AR: The radio was my first experience. I remember hearing Aretha Franklin singing “Think” and I was like, ‘What the hell is this? It makes me feel excited in my tummy! I just want to dance and run around’. It excited my little, young heart and struck a chord!

iRJ: With so many soul singers coming out of the region, why do you think the UK has such an appreciation for soul music?

AR: I think all people around the globe have an appreciation for soul music, because soul music is of the soul – one soul telling another a story or trying to convey something that is difficult to communicate otherwise. I feel the UK, with all music, switches it up. We ingest it and then add our own flavor and out it comes again. The States and the UK have always had this ping pong relationship with music – chucking the ball to each other across the pond and getting fascinated with what the other is up to. With the UK, it was pretty grey after the 2nd World War – the 50s into the 60s. First rock & roll and then the blues, but soul, I think really struck a chord with us Brits and it has been ingrained into our musical landscape ever since. 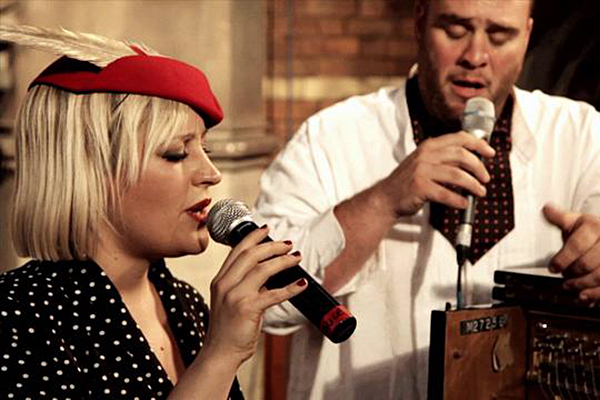 iRJ: Speaking to that, many of the artists embracing the soul aesthetic have been white (Amy Winehouse, Duffy, Joss Stone, etc.). Why do you think that is?

AR: I don’t think there are any more white artists than black embracing the soul aesthetic. Maybe from the UK, during that time, it seemed that those artists receiving a worldwide audience and attention where predominantly white. But there were and are also lots of artists of all colors, just not necessarily receiving that attention. If the music moves you, you gravitate towards it as a way of expressing yourself. And now we have access to so much music from all corners of this Earth we live on. It is amazing and also very overwhelming sometimes as there are so many more sounds to discover and I am sure that wherever people are from and what ever color they may be, music is music – from the beat of the drum to lifting our voices in song. We have an intrinsic need to communicate and express ourselves in this way. We are all the same underneath – flesh, blood and bone. Music is, for me, color blind. It is, however, very important to track and learn the history of whatever interests or moves you and try to understand where that music came from – when it first came about to what struggle or joy helped it evolve. 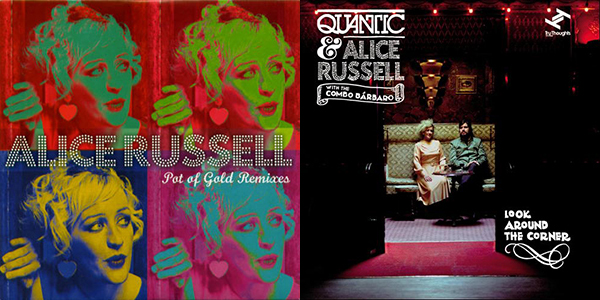 iRJ: How does it feel being a white artist playing with this traditionally black art form?

AR: I gravitated towards gospel and soul. It feels good to me and it also always felt very natural and true for me to sing in this way. Would we ask opera singers the same question if the music they mainly sang was from composers from Europe and mainly white? Do they understand the music less? Should that music only be performed by white Europeans? No way! Why are we all so still hung up on this? I really feel we need to evolve.

iRJ: How do you feel about the term “blue-eyed soul?”

AR: I get bored of the way that people constantly have to box things up to ingest them. We are all people living a life we don’t truly know what for or the why. We are all in this together and I get so upset by constant color or religious coding negative or positive in all walks of life. Let’s get beyond it. Sometimes I think we are getting there and then I’ll witness someone being prejudice to someone in the street and it makes me feel physically sick that someone can be so full of hate for another human being. And for what? A color or religion? Come on people, wake up! Celebrate our differences and our similarities. And let’s do it soon, we are a long time dead!

iRJ: Working with Quantic (William Holland), you’ve not only played with soul music, but Latin and funk sounds as well. What was that experience like both working with him and his ensemble as well as trying this different sounds?

AR: It was such a lovely experience and one I am currently planning to go back to soon! Firstly, it was a long time coming for Will and I to get back into the studio. I wanted to visit him in Colombia and so we started the project with just that – me going out to visit him with my violinist friend Mike (who did all the string arrangements on the album) and we all hang out, traveled a bit and saw some of [Santiago de] Cali. Then we began writing some songs and got the Combo Bárbaro in to record with us. We wanted to mash the songs up with Cumbia and the band, of course, helped with that part. We would run each song 4-5 times and try different feels until it felt right. Then we would lay it down. Working with the Combo Bárbaro and then touring with them was like going back to school. I started getting some percussion lessons from Freddy [Colorado] and some of my band members were being schooled by Alfredito [Linares]. It was a very humbling experience and one I intend to repeat! Also, we were holed up at Will’s with the home studio. So, we could record and any time with no outside distractions. So, in a way it was like a music retreat. It really revived me.

iRJ: Your most recent album, To Dust, finds you still bringing that soulful vibe, but still feels very modern. What was your approach when recording this album?

AR: Well, TM Juke (Alex Cowan) and I sat down and made the decision to go back to My Favorite Letters style of approaching an album. I didn’t want to just do it all live like we did with Pot of Gold. We wanted to build it up like Legos and sometimes smash it down. From J Dilla to Kate Bush to Fleetwood Mac – these were but a few of the influences on this album. I definitely wanted a fresh, modern sound. Alex had developed his production style a lot since the last album so, he had some new tricks he wanted to try out .We played around so much more with the production and mixing in this album, sometimes doing 4-5 versions of each song before it felt right and sometimes going back to the original demo. 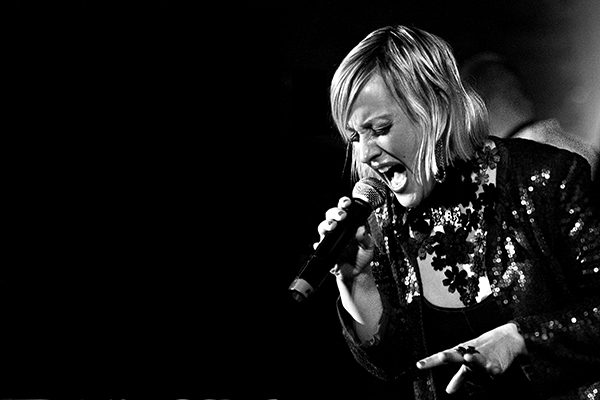 iRJ: Do you see soul making a comeback to the mainstream?

AR: Yes. I always see any great music coming back up again and again. It is a constant circle. Sometimes people get all back into folk, then rock, then dubstep, then hip-hop. The retro always comes back because it sounds amazing! Honestly, it is always there, but with the mainstream who knows. And really who cares as long as people are still making magic music that we can find, hear and enjoy. It is all good with me.

iRJ: What’s on the horizon for you?

AR: I hope lots! For the moment a spot of touring my own shows and some festival shows. I love these as we get to watch others do our thing. Then before the year is out, I want to get to work on some new songs and ideas in the studio here in the UK. I have a trip to Colombia planned for September for some shows and I hope sometime for Quantic and I to get busy once again in the studio. I feel excited.

By definition, you can’t fake soul music. To be honest, it’s less of a genre and more of a concept. It is the musical idea of bringing to the surface that which is buried well within the deepest caverns of our heart. While this music has its root in the black music tradition, its true owners are those wanting to tell the most authentic stories imaginable. And that is why Alice Russell succeeds. Her voice conjures memories of Aretha, but it is the spirit behind that delivery that makes it sincere. When she makes music, she does so with no false pretense, no ulterior motives. She lives her art and that can only come from the soul.