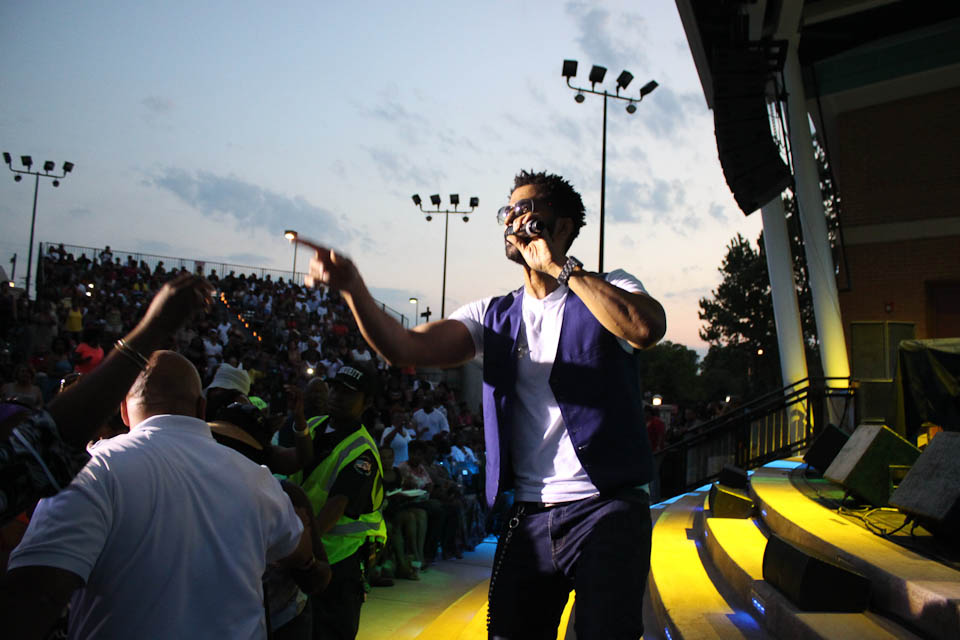 The mesmerizing and talented singer, Eric Benet, who is on tour with Ledisi, started the show giving us a perfect vibe with perfect weather at the beautiful Country Club Hills–a large outside venue, where some of the fans were on the grass, in bleachers or in chairs. Benet’s presence on stage was seemingly effortless singing some of his songs that were new as well as the great familiar ones.

With his tune, Real Love, his falsetto tone sent the crowd into a light roar when he reached the hook. The next song he guided listeners into was, Sometimes I Cry, which had a very strong presence from start to end. Eric locks the audience in as if to say, watch me; and oh yes, everyone was watching AND listening! This song really lets a woman understand what it is he feels, now that “she’s” gone. Overall, Eric’s performance was very entertaining.

Upon saying his goodbyes, Eric exits the stage and in 2 minutes he’s back on waving his hands for us to get up. The band starts to play Georgie Porgy! The crowd is enthralled because everyone thought he was finished! Then, Eric proceeded to come down by the front row and pulls at least 5 women back to the stage. By the end of this song, the whole crowd is singing along with him. Later, Eric came out into the gazebo to sign autographs and CD’s. His new CD, The One is available in stores now, and you can find Eric online by going to www.ericbenet.net.

Soon after Eric’s performance, there was some much appreciated house music played in between sets. By now, the sky is dark, and Ms. Ledisi arrives on stage… and what can be said? This 7-time Grammy, R&B sensation, who is wearing a mean pair of black leather pants and overall, looking absolutely fabulous, started her set singing, Pieces of Me. A song conveys a strong belief about a woman who may be complicated, but that is not who she really is. Ledisi sounded flawless, and her back-up singers were simply and unmistakingly in tune with her as well.

If it was knowing just when to hum right along with her as she goes into a scat or up in a tune when she is quiet, they accompanied her there. At one point, she gave a shout out to them and asked if the crowd agreed, and of course, everyone did. The next song, Higher than This, had a serious funk groove. It’s a song that says nothing can be higher than “this,” which is actually not about a man, but a higher power that makes her feel good inside, and that nothing can take her higher than this. Her next tune, Shut Up, made us realize that no matter how good you look in the morning when you leave for work, there is always someone there that is a problem; Ledisi says, “Well, tell them to Shut Up!” This songstress made listeners feel comfortable and shared that she was so happy that the audience made it out to see her. 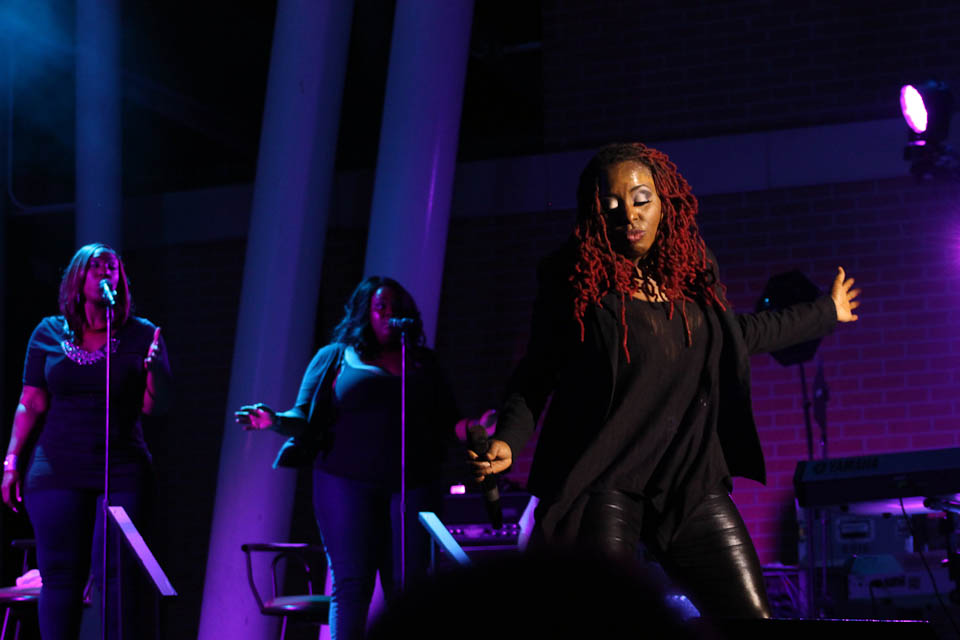 Her last song, In the Morning, was simply a tune with a simple beat and empowering message that advised the crowd to not forget themselves; to not to lose their walk. Ledisi also sang, Stay Together where she did Jaheim’s part as well as her own; this was funny and entertaining to see her go from Alto to soprano. Lastly, her very popular piece that she’s known for, Alright, was simply a neo-soul groove and sang it with much soul. Ledisi allowed the fans into her world that night and left concert-goers with 3 things: 1. Have faith; 2. Love yourself by any means necessary; and 3. Be careful what you allow into your personal circle.

Ledisi will continue to on tour with Eric Benet in other cities through the end of August. You can find her online at her official site: www.ledisi.com.

Design Star! Danielle Colding Continues Her Rise to the Top