YOU ARE HERE:Home » Reviews » Miguel Zenon – Blended at the Roots
Reviews

Miguel Zenon – Blended at the Roots 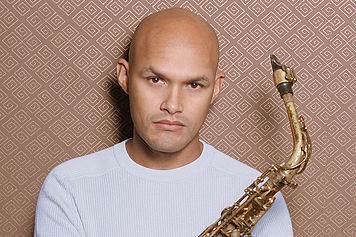 Miguel Zenon’s story is remarkable.  Growing up in a barrio in Puerto Rico that was originally a settlement for freed African slaves, he discovered his calling in jazz as a teenager.  Miguel arrived in Boston in 1996 having never studied jazz, yet 12 years later he received a MacArthur Genius grant and a Guggenheim award for his ability to blend the folkloric music of his island with America’s own original art form – jazz.

iRockJazz spoke with Miguel during his most recent visit to Chicago about growing up surrounded by the music of San Juan, how jazz changed his life, and how he has connected jazz with the music of Puerto Rico.  Miguel describes more broadly where he sees jazz headed globally, and the extent to which the genre continues to transcend itself.

iRJ – Tell me a little about your home town in Puerto Rico, your early beginnings, and how you began with the music.

MZ – I grew in San Juan, Puerto Rico in a neighborhood called Santurce.  It was a very traditional neighborhood linked to a lot of folklore.  Music was around all the time.  There was a gentleman in the neighborhood who taught music to kids for free every day.  The idea was he’d teach you music theory and once he thought you were ready, you’d pick an instrument and join the marching band.

Initially I chose piano, but you can’t play piano in the marching band, so I chose saxophone.  Funny enough when the time came, I was admitted to Escuela Libre de Musica – the local music school.  A lot of musicians, like David Sanchez, went there.  So I never got to play in the marching band because I enrolled in the school fulltime from 7th grade, learning classical music.

iRJ– So what year did you move to the US?

MZ – I moved to the US in 1996, two years after I finished high school.  Around the time I was finishing at the school (I was 15 or 16) I started listening to jazz – Charlie Parker, John Coltrane, etc.  Before that, I enjoyed music, but I really never thought I could make a living doing it.  But when I discovered jazz, it really made a difference.  It felt like a calling – something I could really relate to.  I made up my mind to pursue jazz.  From the time I graduated from high school, I started gigging, saving money, and trying to find scholarships, so that I could go to Berklee.

iRJ – What were some of your early struggles in playing a genre of music that wasn’t a part of your culture?

MZ – I think of music the way I think about language.  Just as I had to learn how to speak and communicate in English, it was the same with jazz.  I never had any jazz education before I came to the US.  I basically started from zero.  I think the biggest challenge was to try to understand how to connect myself to a tradition that was not my own.  To try to make sense of everything that had happened before me – all these great players – and how to build a road – something logical that I could connect to.  It took awhile.  When I got to Boston there were a lot of people my age that were way ahead of me in the knowledge of this music.   I had to play catch up for a very very long time, but it was actually the thing that helped me the most – being challenged by my peers.

iRJ – What was your big break?

MZ – In Boston, I developed a close relationship with Panamanian pianist, Danilo Perez.  He had always been my hero.  He became my teacher and began introducing me to people.  My first gigs came from him.  Through him, I was able to work with David Sanchez.  He’s another saxophone player also from Puerto Rico.  David and Danilo were the first ones to help me get into the jazz world.

iRJ – Many people consider you a jazz innovator.  Is that how you think of yourself?

MZ – I think the term innovator can be a little defeating.  I’m not trying to make something new or that hasn’t been done.  Everything I do is inspired by someone else, music I like, something that has inspired me.  I want to do something that touches me, but do it my own way, with my personality.

Of course I’m influenced by my country, but at the same time I’m inspired by the jazz tradition – all the players and the music that made me want to be a musician.  For me it’s trying to balance all that I like and convey it in an honest and personal way.  It’s a process that is not even close to being done.  As time goes by, I get more comfortable with my personality and putting things out there saying this is representing me.

iRJ – How do you blend folkloric Latin music with American jazz?  What’s the process?

MZ – To me the process was simple once I realized what I needed to do.  When I started studying jazz formally, I started from zero, so I had to go back as far as I could to the history and development of the genre and study everything that happened before me, connect that to what was happening now, and try to make a connection between the past and present.  Then I did exactly the same thing with Latin and Puerto Rican music.  I realized I hadn’t done that with my own music in my country, so I made a point of going deeper into it.  Going deeper into both worlds made me feel more comfortable combining and balancing the two in the right way, because its coming from a very rooted place.

iRJ – You’ve won two coveted awards – a Guggenheim and a MacArthur Genius grant. How much pressure does this put on you moving forward?

MZ – In terms of the way I do music, it doesn’t really change anything.  Of course I’m honored, but I still do things exactly the same way I did before I got the awards.  I do feel a sense of responsibility though because these awards, aside from the great recognition, also give you a financial boost.  The whole idea of these awards is that you can do what you were already doing without the financial constraints that artists face.  In this sense I do feel a responsibility to take advantage of the opportunity now that I have the means.  I’m definitely conscious of and focused on that.

iRJ – Duke Ellington was described as beyond category.  Do you feel that way?

MZ – There are certain things that have happened in jazz the last 10 or 20 years that have made jazz more of a global phenomenon.  Jazz is American music.  That’s as folkloric as you can get in terms of American art form.  It’s transcended the United States, and musicians from other places have taken jazz into their music.  At the same time, jazz has also taken from these other music forms and pulled it into jazz.  So it gets more and more difficult to see where the lines are drawn.

Its sort of getting to point that a lot of names used to describe traditional forms are going to disappear.   You won’t be able to tell what it is.  I don’t like to think in terms of genres and labels.  I feel a lot of what’s happening now is transcending the names that described what it was before.

MZ – Definitely.  Aside from the folks who have been around awhile – Danilo, Edward Simon – there are lots of younger musicians delving into what jazz is and what jazz is becoming.  Everything that happens in art and music is a sign of the times.  I read somewhere there will be more Latin Americans in this country than anyone else.  The music is showing what’s happening in the world.

iRJ – Do you think you’ll ever cross genres and go into R&B or hip-hop?

MZ – Sure.  That music is all around us.  Hip-hop is probably the most popular music in the world right now.  I think it’s natural for that to happen.  It’s connected to the people and what’s around them.  I think of what Robert [Glasper] is doing; it’s the most honest way to go about something like this because Robert really lives in both worlds.  He’s as much a jazz musician as he is hip-hop – playing with Common and Mos Def, really being in the music and at the root of things.  When I hear his music, I hear the root of both.  I don’t hear someone just TRYING to do it.  In his case it’s very honest.  I think he’s been so successful at doing that because people are really hearing both things.   It’s a great thing, and I try to stay as connected as I can to it.

Learn more about Miguel at miguelzenon.com.

By John Moultrie and Nyasha Nyamapfene 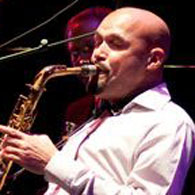