The New York Times is one of numerous publications to declare that Kurt Elling is the “standout male vocalist of our time,” and The Gate, Elling’s follow-up to his Grammy®-winning Dedicated to You, is among his strongest albums–and perhaps the finest of his career. Produced by Don Was (Rolling Stones, Bonnie Raitt, Bob Dylan), The Gate is a musical collection in which boundaries cease to exist, a sensibility enhanced by producer Don Was, who had expressed the desire to work with Elling–an opportunity which Elling found irresistible.

The Gate points Elling into a new and satisfyingly emotional direction. He has somehow found a way to make a deeply personal statement out of the music of King Crimson, Joe Jackson, Stevie Wonder and the Beatles–in addition to providing a new and vibrant understanding of Miles Davis, Bill Evans and Herbie Hancock. That Elling is first and foremost a jazz singer makes the work searching and enthralling. His phrasing is cool and meditative as he ventures into areas usually reserved for instrumentalists. As a lyricist, Elling breathes new life into gems previously known only for their melodies. “His words are informed by a powerful poetic spirit,” said poet and Bollingen Prize winner Robert Creeley. “Kurt Elling takes us into a world of sacred particulars.”

The Gate features longtime associate, Laurence Hobgood on piano, Bob Mintzer on sax, John McLean on guitar, John Patitucci on bass and two drummers, Terreon Gulley and Kobie Watkins–in addition to percussionist Lenny Castro. Said Elling, “The musicians on this recording inspired me to be…better.” Said The Washington Post, “Since the mid-1990s, no singer in jazz has been as daring, dynamic or interesting as Kurt Elling. With his soaring vocal flights, his edgy lyrics and sense of being on a musical mission, he has come to embody the creative spirit in jazz.” That spirit is in rich evidence on The Gate–and a musical feast awaits those who pass through. 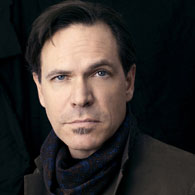