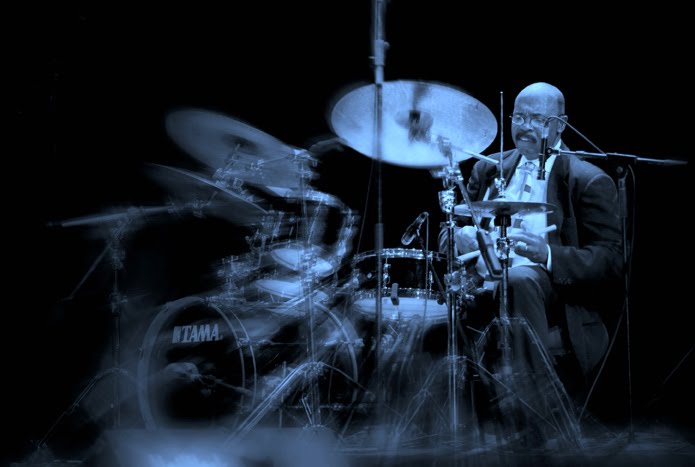 The last time iRock Jazz spoke to Harvey Mason, he was headed to Japan to tour with his Chameleon band to promote his new CD Chameleon.  Since then, Mason’s Chameleon CD has opened to rave reviews worldwide on April 29th.  To celebrate and show its support for one of the giants of jazz drumming, the Blue Note jazz club New York City’s famous Greenwich Village held a Chameleon album release celebration, and iRock Jazz was in the house.

The intimate setting at the Blue Note was jam packed with people eager to hear one of the legends of jazz.  As Mason mentioned earlier in an interview with iRock Jazz, the idea behind the Chameleon project was to take young talented musicians into the studio and create fresh music with some of his classics.  Not only did he collaborate with a new generation of artists in the studio, but he also showcased a refreshing sound on stage at the Blue Note with an internationally diverse cast of players. 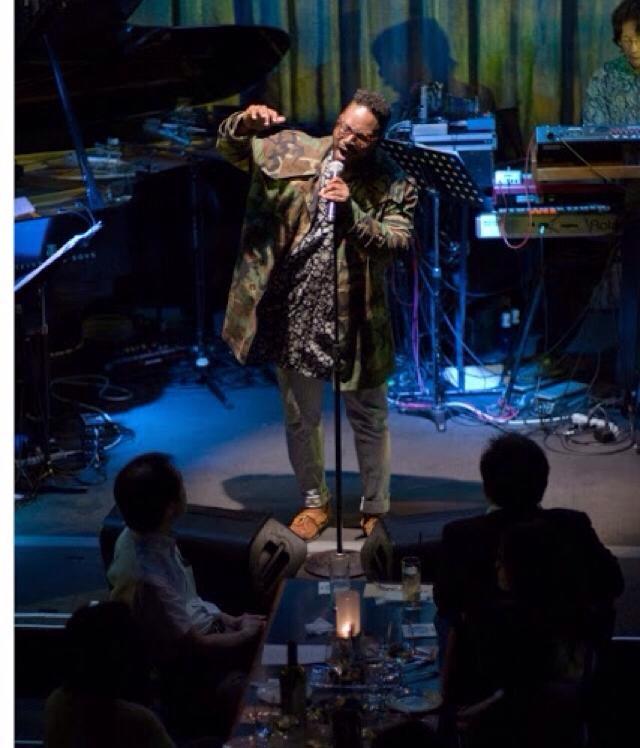 After a brief thank you from Mason, he introduced the band, which featured some different players who were not on the Chameleon album.  The band consisted of Harvey Mason on drums, Yuki Hirano on synthesizer/keyboards, Samora Pinderhughes on keyboards/organ, Burniss Earl Travis on both the upright bass and electric bass, Kamasi Washington on saxophone, and special guest Chris Turner on vocals.

The band wasted no time firing up the crowd at the Blue Note, with a notable rousing solo by Washington on the sax.  His soulful riffs blurred the lines between smooth jazz and straight ahead jazz.  In other words, there was something for everyone to appreciate.  For the next number, Travis switched his electric bass for an upright bass.  This certainly gave the number a straight ahead jazz feel.  Why not?  After all, the album is entitled the Chameleon and Harvey Mason is also known as the Chameleon.  The sudden shift in musical styles and tastes is naturally what we have come to expect from Mason.

For the next two selections, Mason invited vocalist Chris Turner to the stage to perform with the band.  I never heard Turner sing before, so I was in for a treat.  Mason chose “Smile,” a song made famous by Charlie Chaplin and Nat King Cole, for Turner to sing.  Turner absolutely had everyone in attendance mesmerized by his soulful treatment of the classic.  As I scanned the audience, I could see attentive faces enjoying every note.  The next selection that Turner sung was a 1972 classic by The Stylistics called “People Make the World Go Round.”  Washington provided a nice solo on the sax as well.  After these two songs, Turner left the stage to much fanfare and appreciation from the crowd.  Turner appears on Mason’s Chameleon album, but none of the tunes he performed are on the album.  On Chameleon, he sings a stirring cover of the Quincy Jones’ Body Heat/Average White Band favorite “If I Ever Lose This Heaven.”  In fact, Mason’s 90 minute set mainly featured music that was not featured on Chameleon, but it was just enough to make you eager to purchase the CD.

As Turner took his leave from the stage, Mason was given the perfect opportunity to give the crowd what they wanted: a masterful drum solo.  Mason’s skillful technique and change of pace left no doubt that we were watching jazz history before our eyes.  After the crowd acknowledged that greatness was in their presence, Mason wasted no time in leading the band through the rest of the set.  The climax came at the end when the band went into the signature cut on the album, and some would say of Mason’s career, Chameleon.  This was really a time for Hirano and Travis to shine on their instruments.  Hirano’s synthesizer really came alive as he invoked the genius of Herbie Hancock on the original recording.  Although there was no vocalist on stage, Hirano’s use of his electronics sounded so melodic and soulful that you could have sworn Turner had jumped back on the stage at some point.  Travis got down right dirty, funky and nasty on the bass, as he doubled for the genius of Hancock’s funky bass line, originally created on Hancock’s ARP Odyssey.  As soon as the band got into the pocket, you could see many in the audience grooving with the band.  Intermittent shouts of approval could be heard throughout the song.

As the set came to a close, Mason graciously thanked the audience and invited everyone to come upstairs and get an autographed copy of Chameleon.  With the Blue Note being widely regarded as one of the most respected jazz venues in the world, it was only fitting that Mason hold his album release there.  A great atmosphere and great music always leads to a great jazz experience, and once again iRock Jazz was on hand to share it with you.