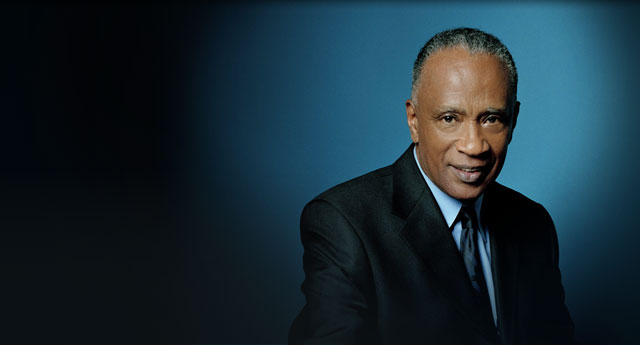 My earliest memories of Bobby Hutcherson begin around 2003. At the time, I was familiar with jazz, but my native tongue found its origins in a place known as the “Boogie Down.” With hip-hop being such an expansive form, I took it upon myself to master every variance in dialect the medium had to offer. Inevitably, I came across the work of Otis Jackson, Jr. or as he is known in the proverbial streets—Madlib. Even back then, he was a pioneer in his craft, disregarding hip-hop’s sudden elopement with mainstream marketability and instead embracing proper musicality. Naturally, this led to that and the world was blessed with Shades of Blue, a collection of remixes rooted in the history of Blue Note Records. It was here that I met Bobbi Humphrey (“Please Set Me At Ease”) and Ronnie Foster (“Mystic Brew”) and Horace Silver (“Peace”), but most importantly, I met Bobby Hutcherson. I say “most importantly,” because there was just something different about Hutcherson. To my young ears, “Montara” was beyond cool. It’s hard to explain really, but for lack of better words, it was some next level shit. When Oscar Brashear drops off the track and let’s Bobby do what Bobby does, it’s truly something special. The sound he captured in that recording went on to be a cornerstone of a musical movement that melded jazz and soul with funk and the occasional tinge of Latin sensibilities. It was jazz without borders—the very best kind. 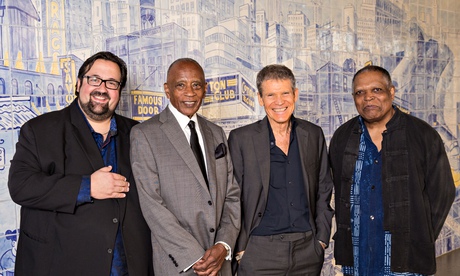 The sound of which we are speaking was birthed out of the oft-overlooked relationship between Humphrey and signature jazz label, Blue Note Records. Since then, Humphrey’s traversed a multitude of places and spaces. Today, after a 37 year hiatus, we get to talk about another “Blue Note record from Bobby Humphrey.” This time around, Humphrey enlisted the help of David Sanborn (saxophone), Joey DeFrancesco (organ) Billy Hart (drums). Needless to say, he didn’t come to the party empty-handed.

Enjoy the View is more than a return to Blue Note. Enjoy the View is a return to an entirely different era: an era in which “fusion” was the word of the day, and artists roamed the musical stratosphere with ease. This is that in 2014. But, make no mistake about it, Enjoy the View is anything but staleThe album begins with the dimly-lit “Delia.” It’s reserved, but never stagnant. Featuring DeFrancesco and Hart at the open, Sanborn slips into the mix as if he’d been there the entire time. As Sanborn subtly dips off, Hutcherson makes his way to the stage exerting the same sort of technical efficiency displayed by his counterparts. The guys all play their parts well, but you can tell that the purpose of this record is restraint. This is the sonic backdrop to a smoke-filled lounge. It’s effortlessly cool at all times.

The quartet perks up significantly on the DeFrancesco-penned “Don Is.” The record maintains that ambient feel of “Delia,” but with significantly more bounce. You can try and maintain your cool, but sooner than later, you’re going to move, at least a bit; the guys make sure of it. While everyone finds a place on this record, the real highlight comes towards the latter part of the second half in which DeFrancesco reminds us why he’s such a sought after talent. The minute he’s given the spotlight, he puts on a display that makes the organ look like a toy. He’s simply that good.

Admittedly, while listening to the album, in the back of my mind was the fact that the group would eventually get to “Montara.” I did what I could to shrug off my uneasiness with it all, but it lingered nonetheless.

“Why touch a classic?” I thought. 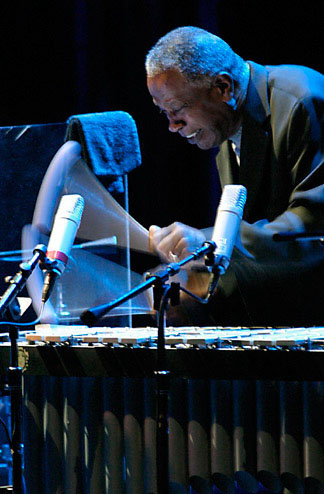 But then, Sanborn jumped on the track. Something about his play injected new life into a record that is now over several decades old. But it was just Sanborn. Somewhere along the way, Hutcherson managed to find entirely new ways to express himself atop the track. It was refreshing and vibrant, something that few revisitations manage to be. In a little under six minutes, Bobby Hutcherson reminded us exactly who he is: Bobby Hutcherson.

It’s crazy when you consider the fact that Hutcherson is 73 years old, because he still sounds like the guy that was reimagining sounds in the 1970s. He’s more subtle now, more accommodating to his partners, but it’s still Hutcherson. You know it the minute you hear him play. To be completely honest, Enjoy The View could have gone many ways. It could have been the futile attempts of an aging legend to find a place in modernity by “updating” their sound. It also could have been the musings of a fading pioneer attempting to relive their glory days. So what was it really? For me, the album falls in the place in which the artist reclaims his signature sound, whilst having it make absolute sense in the present. It’s not easy, but it can be done. That’s what Hutcherson achieves with Enjoy The View. Bringing in DeFrancesco, Sanborn, and Hart allowed him to reengage his sound through a contemporary lens without overburdening himself in the process. It brought new minds into an old classroom and the result is a job well done. Bobby Hutcherson is important because of his influence on the vibraphone, on jazz, in my life, and probably yours, but above everything else, he’s a damn good musician and that hasn’t changed one bit. This time around, let’s hope we don’t have to wait another 37 years to hear it on Blue Note. Welcome back, Bobby Hutcherson.