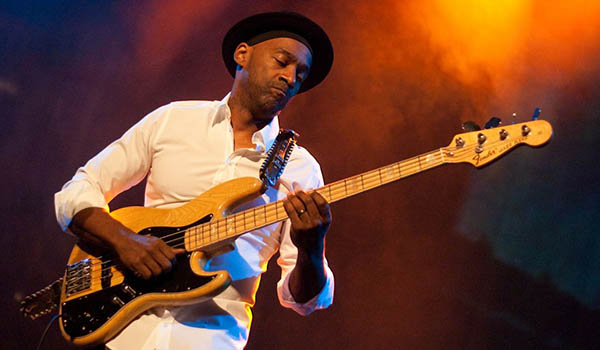 This year marked the 35th Anniversary of the Tri C Jazz Festival in Cleveland, Ohio, and I must say it was a great start to the summer for the Rock and Roll City. The organizers of the event went big this year, really big! By incorporating the classic outdoor setting of a music festival, with the classic charm of theater shows, the event took music festivals to inspiring new heights. Nestled in the city’s historic Playhouse Theatre District, the festival featured great food, great music and an exhilarating atmosphere. The whole party started with a group from East Tech High School called Progeny, who led a swinging New Orleans style parade of stilt walkers and puppeteers in the annual Parade the Circle around the US Bank Plaza. From there, festival goers were presented with a virtual buffet of food and music. Honestly, there were so many music and food options, my friends and I didn’t know where to go first! For those of you who have never been to Cleveland or to Playhouse Square, let me paint the scene. Picture it…Cleveland…2014… (Sorry, I just had to!) 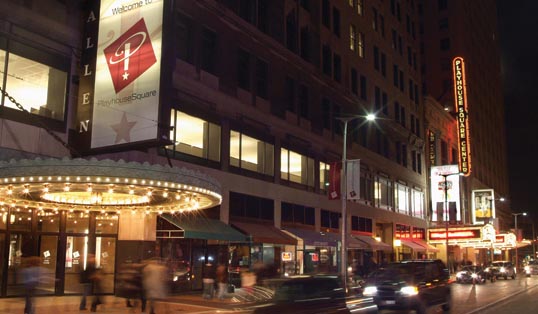 First of all, Playhouse Square is the second largest theater complex in the United States. Only Lincoln Center in New York is bigger. There are a total of eight theatres in the Square, which is right in the heart of the city. The whole complex was constructed in the 1920’s, and after years of renovations, it still retains that old roaring 20’s vibe. When the theatres made a comeback, so did the restaurant businesses in the city. The entire complex is complimented by fabulous new restaurants sporting sheik patio dining areas that line Euclid Avenue all along the Square. 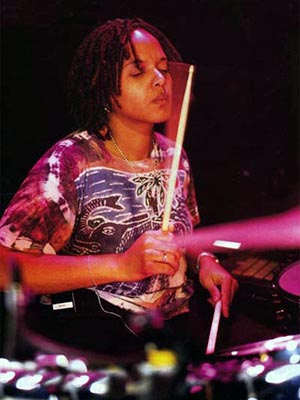 For three days, the Palace, Ohio and Hanna Theatres showcased performances by Sean Jones and his Quartet, the Cleveland Jazz Orchestra, accompanied by one of Cleveland’s adopted sons, Christian McBride; the incomparable Gregory Porter; Ohio native John Scofield and his Uberjam Band; Trombone Shorty; Eddie Palmieri and his Salsa Orchestra; Jamey Haddad and Under One Sun; Ernie Krivda and the Fat Tuesday Big Band; the beautiful Brazilian Eliane Elias and her quartet; Terri Lyne Carrington; an R&B inspired set that included a dedication to Cleveland’s own Bobby Womack by the Christian McBride Trio; Raul Midon; Marcus Miller; Dave Koz, and shutting down the theatre shows was Dave Holland and Prism. And that’s not all! Now picture this…On the other side of Euclid Avenue, in the US Bank Plaza, food trucks, venders and a huge outdoor stage, became an actual extension of the Theatre District. The entire city was treated to a free concert of some extremely talented local artists, courtesy of the Cleveland Foundation. The Alan Greene Blues Band, Backstage Politics, Blu Monsoon, Broccoli Samurai, the Cleveland School of the Arts JazzArts Ensemble, Dominick Farinacci, Horns &Things, Lafayette Carthon & Faith, Red Light Roxy, the Revolution Brass Band, Samba Joia, Sammy DeLeon y su Orquesta, Second Nature-Dan Wilson, and Wesly Bright and the Hi-Lites covered the outdoor bill. 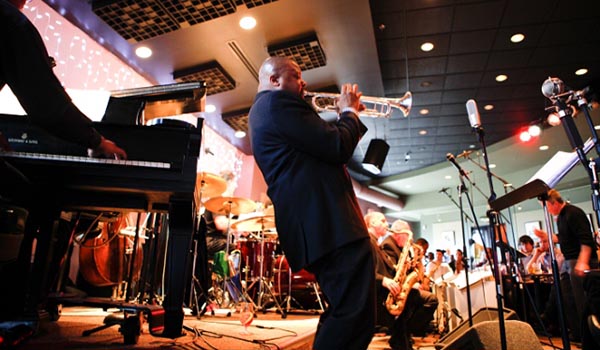 Sean Jones and Cleveland Jazz Orchestra Both sets, indoor and outdoor, were going on at the same time. But that was the beauty of the whole event. There wasn’t any waiting around for another show. If you had tickets to see a performance in the Ohio Theatre in the afternoon and then tickets to another show at the Palace that evening, you didn’t have to go anywhere. You could just hang out, eat and listen to some other great artists in the Plaza-for free! My final assessment of the event in a word…Awesome! Not only did this year’s festival do a wonderful job of showcasing the best in local and international music, it did equally well showcasing a city: my city. And, I can’t wait to see what new heights Tri-C Jazz Festival will reach next year. By Steen Burke