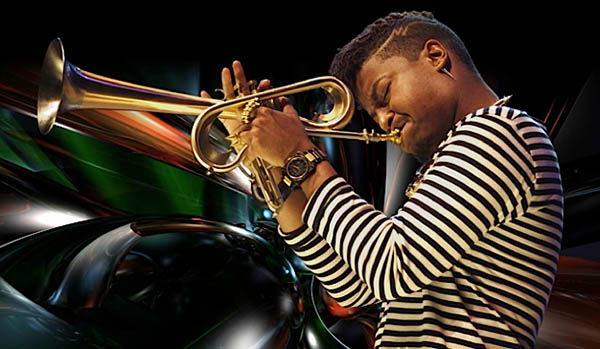 Originally, the term “stretch music” was used to describe the powerful way in which trumpeter Christian Scott elongated the boundaries of music by fusing elements of jazz with various other musical genres.  Today, the term has been stretched far beyond the musical stylings of the critically acclaimed Berklee grad, to include the sound of a whole new generation of artists and musicians.

iRockJazz was happy to sit down with Christian Scott as he gave us the inside scoop on his brand new and exciting independent record label, the Stretch Music Group.

iRJ: A lot has changed for you over this past year. You are starting an independent label with Sony, correct? Can you tell us a little bit about that? 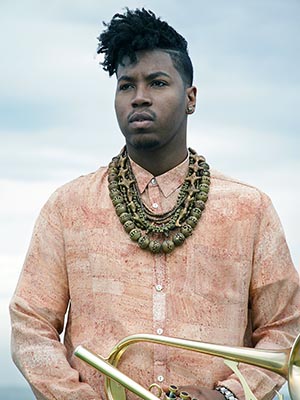 CS: Well, we haven’t concluded the deal with Sony yet, but they are one of the different labels that we are talking to right now. But basically we started a label called the Stretch Music Group; it’s basically sort of born out of some experiences that I’ve had close to ten years ago. Before I signed with Concord/Universal Music, I was maybe 17 years old and I was being vetted by Blue Note at the time and Warner Jazz at the time, and it’s sort of the way life works. I was really young at the time, and they came to the table and I wanted to finish and get my degree at Berklee, and a myriad of other things popped up. But when I was at school, I decided that I was going to start my own label, and before I signed to Concord and Universal, I actually had my own label.  I really learned a lot from that experience. I mean we did everything from having records on consignment at Virgin megastores and Tower Records all over the country and some international places, to pushing records on the streets. So, I learned a lot through that experience. But after finishing the contract with Concord, which was a lot of fun being with them for so many years, I’m sort of going through this phase where I wanted to see what free agency was like, you know?

We were really fortunate to be successful with Concord for so many years, so we just kept making records. But I just got to the point where I just wanted to see what was out there, so we decided to go ahead and do it. A group of friends of mine and great artists, Luques Curtis, the Curtis Brothers-Zaccai Curtis, you know they have a record label called Truth Revolution Records. They have been doing their thing for years, pretty much since that starting time when we were all at Berklee almost 10 or 11 years ago. It was really important for me, at this juncture in my career to try and start to establish something for the younger vanguard of musicians that are coming up, so that they don’t necessarily have to go through the traditional channels that have existed for maybe the last 25 years of how you are supposed to navigate the music industry and the record business. Some of those things are incredible outlets and incredible resources. By the same token, there are certain modes of operating that are sort of antiquated, and we wanted to create this label as a means of being able to not only showcase a lot of musical talent that this generation has to offer, but also to create a means for the younger musicians to be able to enter into this field without having to go through the traditional outlets to be seen as a valid artist. So this is very important for me.

iRJ: We can definitely hear the excitement you have about starting this new venture. Do you have any fears leaving an established label and going out on your own?

CS: For me, coming from the background of starting off with my own label, that was one of the greatest moments of my life. I mean, taking that chance and making mistakes, falling down and getting up, dusting myself off and then trying again. I try not to approach my music from a standpoint of fear. I try not to approach the way that I lead bands and that I teach younger musicians from a space of fear. And as a businessman, I’ve also learned to cultivate that, but also to trust in my experience base and to trust in the due diligence that I’ve done over the years. So for me it hasn’t been a scary experience; it’s actually been more enlightening about what it is we’ve actually done in the last ten years.

iRJ: How have you set up your label to reach the same level of success that you achieved with Concord?

CS: Concord Records, even though they are an independent record label, is one of the largest recording labels in the world. There are people who have been there for twenty five years that are incredible at their jobs and incredible at the way that they navigate the business environment. Those types of relationships, in terms of the people that actually work for the label, those are things that actually come with time. So I think that the plan initially has to be to try and figure out a means to give a good young artist a platform, so that they can in turn also learn what is going on in terms of the general business, but also learn the industry from the inside of it. But I think if we generate enough momentum by starting from the artist out, and making sure that we build a big enough network where we prevent an environment that historically prevents artists from sharing with each other, then we will be successful and we will be able to create a future that is sustainable for young artists. I think trying to emulate a Warner Brothers Jazz or these type of older [labels], isn’t the best mode of operations for a label that is an upstart. I think we have to try and figure out what it is that we’re doing and what it is that we’re bringing to the table, and try to expand on that in a way that causes growth for artists. 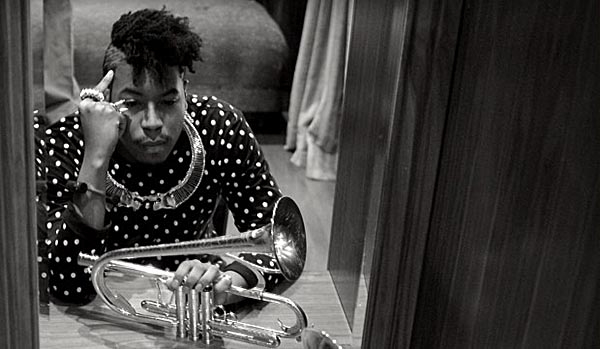 iRJ: For most independents, the music isn’t the issue-distribution is. How do you plan to tackle distribution of this great music?

CS: I’ve seen that recently as this cultured misnomer that I’ve never gotten actually. I know artists-guys that I grew up playing with or guys, not only in New Orleans, but guys that are some of the most progressive musicians-that have put records out that they made in their basement, and you can go to Shanghai, China and see their record. You can go to Buenos Aires and see their record. The thing is, we live in this sort of “post globalism.” That is certainly a concern for anyone that is trying to get a product to market in any space. But I honestly don’t know if the way that’s been navigated historically, that that mode of operating is relevant anymore because you can pop an album up online and immediately, anyone who has access to a computer has access to it. So I think this isn’t as much of an issue for this generation of artists as it was for previous generations.

iRJ: Do you think that your decision to become independent will create a trend of other musicians and artists who are on established labels to do the same?

CS: It may.  The one thing that I’ve learned about, whether it’s playing the trumpet or being a composer or being a businessman, is that the one constant in every environment is that it will change. If you stick around long enough, the environment always changes. So I can’t really say whether or not it’s going to trend. The thing for me is that I think that any situation where you are giving artists more options, as an artist, that’s a positive.  And I think that if we’re successful at where we are going about the business of doing, that those types of options are going to be more attractive to other artists that may have been previously afraid to do so because of fear of the fact that there are certain things that are requisite of your survival as an artist in this generation.

But I do have to say that this is probably the freest generation of musicians that has ever existed before. By the same token, this is a generation that has been shackled more than any other generation because there are new ways to throw shackles on artists. So it really just becomes about how successful we are whether or not it trends. But in my minds eye I don’t think it will be the type of trend where you immediately walk away from all of the major labels. Because at the end of the day, I’m a person that was on a major label basically for a decade, and I had an incredibly fun time. I developed relationships with people that are some of my best friends in the world, and I did some great business, and some capacities not so great business, and I learned from both of those things. I can walk away from that situation holding my head up high, and everyone that I ever did business with can feel the same way. So in my mind’s eye these types of moves are not “FU’s” to record labels. My only thing is that I want artists to also know that if they do their due diligence, if they are determined in what it is that they are doing, if they are willing to weather the storm, that they can have different things. That’s what’s really more important to me.

Christian Scott will be appearing at the Beverly Arts Center in Chicago as part of the iRock Jazz Presents: Summer Jazz Series. For tickets and information click here.