YOU ARE HERE:Home » Interviews » Monty Alexander: From Kingston to Harlem
Interviews 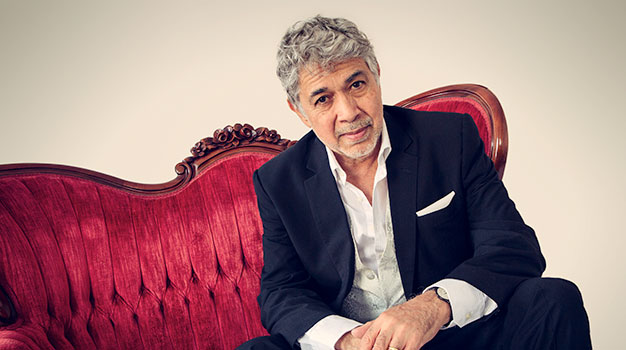 Legendary jazz pianist Monty Alexander’s latest release, “Harlem-Kingston Express Vol. 2” has gained a lot of attention and critical acclaim. When iRockJazz spoke with Alexander about his latest project, he described the album as an “imaginary train ride of his life.” A train ride that started over fifty years ago and shows no signs of losing steam!

So grab a seat and buckle up as Monty Alexander discusses his jazz train ride from the beginning of his career, and playing with Frank Sinatra and Tony Bennett, to his definition of jazz and words of wisdom for the next generation of musicians.

MA: Yes, [we moved] the end of 1961 and ended up in Miami. My mother said “We’re going to America,” and I was fortunate because the same thing that happened to [me] in Jamaica happened to me in America: I responded to the call of music. I’d be hanging out, walking the streets, just going to different places, and looking around just amazed at America and all the tall buildings in Miami. And I heard jazz; I heard R&B. I heard music because I’d be hanging out with everybody, you know. That’s how I got into being a professional because I got hired on by, let’s call it serendipity. 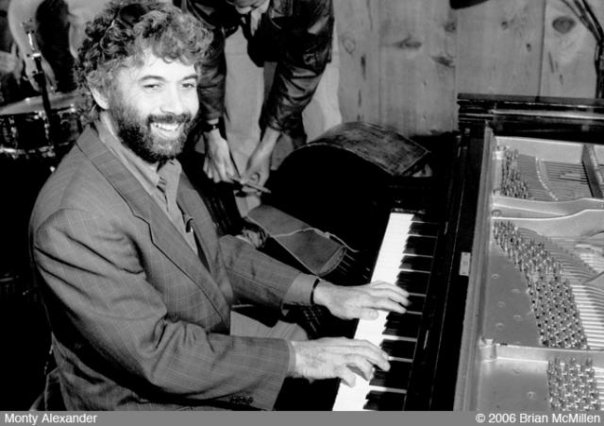 iRJ: Monty, you’ve been in the music business for over 50 years, and you are a self -taught musician. Is there an advantage or disadvantage to being self- taught?

MA: Well, all I know is what I know; and what I don’t know, I don’t know. Meaning, I just got some kind of gift that I was born with I guess.  When I was a kid, the environment was really ideal for me to enjoy this thing called music because there was a piano. My mother had a piano. She wanted to play a little bit every now and then, and it was just sitting there, and I gravitated to it, you know.  Like a little kid starts going over to the instruments and making sounds and noises and whatever- because I love making sounds and noises. And one thing led to another, and after a while I’m picking up melodies that I heard on the radio or that somebody was singing. And then I’m playing some rhythm, and that was all happening by the time I was 5 or 6 years old. So I was just having a ball playing the piano. It was a joy to me. I was in a home that said “Monty, play the piano! Have fun!” you know? Instead of a home where they would say don’t do this or anything negative or any negative things. One of the worst days was when my mother said “You gotta go to the teacher.” I didn’t want to go to the teacher, No, because I was having a good time on my own. And eventually I went to the piano teacher, and I must have picked up some good muse from the lady.  I did it [took lessons] for three or four years off and on. But the truth is, most of what I did was away from sitting there for an hour trying to learn scales on the piano. I’d be playing boogie woogie and calypso songs and Christmas songs, but that was me as a kid. And it wasn’t about anything specific; it was just me making sounds, noises, and happy sounds… whatever. [Laughs]

MA: The best way I can [explain] the word jazz-which has no analysis, no explanation-is what I personally experience as a person as opposed to what a thousand other musicians experience, is my version of jazz. The version that I have is its musical freedom where you celebrate all the good things in life, especially when you are sharing it with other musicians who feel potentially the same way. When you come together, it’s an incredible explosion of joy. I saw this in Jamaica with the calypso musicians. And the same spirit and energy is what I saw when Louis Armstrong, my ultimate hero, came to Jamaica and performed. I was 10 years old, and Satchmo was on the stage, and he just emitted this great bundle of joy to the people. And the trumpet playing was like the greatest ever. It left me with that sense of I want to do this, man! I want to play this music, and that’s what I do. When I play, I reach for that thing called celebrating life.

iRJ: You came to the United States during the height of the Civil Rights movement. Did you consider yourself to be a part of that movement?

MA: There was a big question mark on my being because of the way of society in Jamaica was at the time. When it came to this thing called segregation, and all this… Jamaica has its own versions of challenges with people who have a little more money or less money.  It’s all over the world.  But when it came to the issue of what you were and what your ethnic background was, that’s not the way it was in Jamaica. So I came here totally unaffected by what Miami, Florida was. I was like, what was all this about?  I was in Miami; the place to really see the vision. I was just a comfortable kid at 17 or 18 years old. But I’ll tell you one thing I noticed, something that was very, very typical at the time, separate water fountains for people of color and not of color. I couldn’t believe that stuff man. But I found out from the get go that music was the way to bring people together.

iRJ: Your brother was also a musician, and he was also married to Phyllis Hyman at one time. He gravitated to R&B and you gravitated to jazz. Can you tell us why there is such a contrast between the two of you?

MA: Well, my brother was 4 years younger, and I was already playing in the night clubs. I don’t know if you know this part, but when I was playing in Miami in one of those clubs, none other than Frank Sinatra and his friends came into the club. And that’s how I got to New York. He [Frank Sinatra] hired me to play at Jilly’s, which was a jazz club, but mainly a place where entertainers would congregate. I would be playing at the piano bar and there was Miles Davis sitting in the corner, or Sinatra and all of these incredibly big stars. And it kind of pulled me into that because whatever talent I had, it didn’t matter what area because music was good, all of it, to me.

My brother actually went to Vietnam. He served for this country, and he was a part of what was going on at that time. He came back disadvantaged, as most of those guys did. And because of destiny, he met Phyllis. He would be sitting there with me listening to jazz, some Miles Davis records, and enjoying it. So he could have been into the jazz scene himself. But yes, he met people in the other environment. I know he made recordings with the Roots, BT Express, the Manhattans, Cuba Gooding, and he wrote for Roberta Flack. So he was definitely in that scene. And of course Phyllis, who he later married. She was so incredible. He encouraged her to go to New York City from Miami. In no time, all of these people we’re looking to enjoy her incredible talent because she would sing and the walls would shake. The paint would come off the wall when she was singing. [Laughs]

iRJ: Having played with both Frank Sinatra and Tony Bennett, what are the differences between the two, and what did you learn the most from either one?

MA: Just being around Sinatra was really an experience. First of all, the people were totally in awe of this man. This man wasn’t very tall in stature, but man, he was an outstanding individual. I remember playing the piano, accompanying Sinatra, listening to Sinatra, as we already said. In this new year will be the 100 year [anniversary] of his life. Somebody’s thinking of commentating his life, including me. Tony Bennett was always this unique individual. His voice, his sound, his graciousness. Frank was this other man with his own totally unique sound and attitude and outlook. He sang sensitive [music] but you knew that Sinatra also didn’t take no stuff! [Laughs] He knew how to say ‘no’, you know. And that came out in his music. He was somebody everybody looked up to; not just because he sang beautifully, but because he had a strong nature and that comes out in the music. And I, to this day, listen to his music. He was one of the greatest musical poets of our time. Tony Bennett has his own way of being one of music’s great voices. You can tell in an instant when they sing a lyric. And [they are] two different individuals, completely. I’ll tell you though that Mr. Sinatra said that Tony Bennett was his favorite singer. And I can see why.

iRJ: How have you stayed relevant in the music industry for five decades?

MA: That’s a wonderful question, and I can tell you that I have no script, no system; it’s just me doing what I love to do. And I must have done it well enough to where people kept saying, “Come on Monty, we want you to play,” and I kept playing. If there was a situation to play on something that was called jazz or R&B or whatever, I just showed up. Here’s the other thing: even though I had two or three years of piano lessons, I really completely forgot about how to read music. So I don’t read music. I’m a musician that plays what he hears, and somehow I keep going. And that’s been my agenda all through these many years, and the love that I have for doing it.

iRJ: What advice would you give young musicians entering the field today?

MA: Go out of your way and seek some seniors. I don’t mean in a classroom. Go and seek the experience and the wisdom of people 10, 20, 30 years older, and sit by their feet and just let them talk and tell you the stories about how it goes and how it went. It’s about life. I really think that is how you express yourself in this thing called jazz. Not everybody has to pay their dues, as they say, but just know that there is a whole incredible legacy [that has been] handed down.