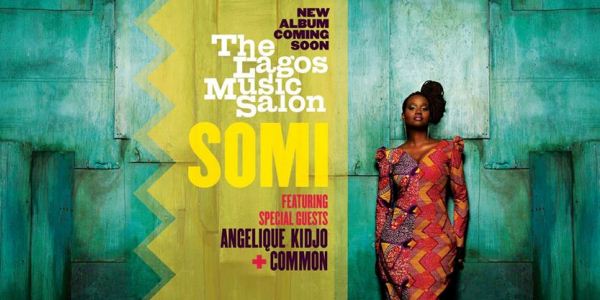 The daughter of African immigrants, jazz artist Somi is captivating audiences with her New African sound. A recipient of the TEDGlobal Scholarship, she began playing cello at a young age and allowed that instrument to shape her vocal skills.

The soon to be legendary songstress Somi is releasing a brand new sound on a historical label. “The Lagos Music Salon,” debuting on Sony’s OKeh Records, features an impressive supporting cast that takes you on a soulful journey through Lagos, Nigeria.

iRockJazz had the pleasure of speaking with Somi about her African roots, her New African sound and her part in the legendary relaunch of OKeh Records.

iRJ: You’re from a small town in Illinois, Champagne, Illinois to be exact. What was it like growing up in a small town?

Somi: Well to be clear, my family is actually from East Africa: Uganda and Rwanda. I was born there, when my father was in graduate school there. And then we left and went to Zambia and then came back when I was about 8 years old. I lived in Champagne from the time I was 8 until I went to graduate school, so I remember it real well. I can’t say that I loved it, but in retrospect I can say that I now appreciate the kind of idealic and really intellectual community that was there. 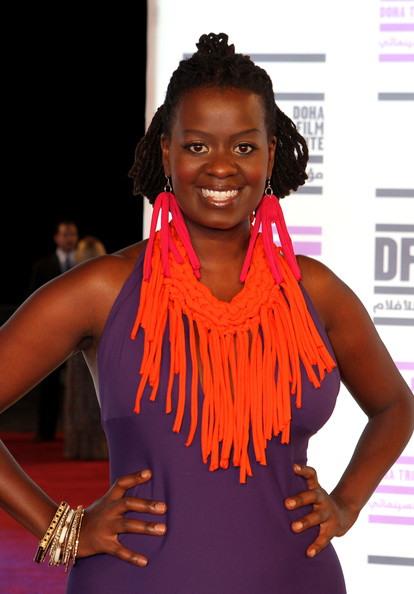 iRJ: Did you begin playing the cello in Africa?

Somi: No, I started when I came back to Champagne. The Champagne schools were just starting to incorporate music education, and I originally wanted to play the bass, but they said I was too little. So, they said “Why don’t you start with the cello?” I always thought [the cello] was the wrong choice because I think if you want to start with the bass you should start with a smaller instrument like the violin, ironically, because it’s more similar. But I’m so thankful that I play the cello because it became one of my early voice teachers.

iRJ: How has Africa influenced you as an artist?

Somi: Well I think growing up in an African home and always being connected to a larger and extended African family and community, you don’t really have a choice how it influences you, and it wasn’t so much that it wasn’t about looking to Africa as many people might do who aren’t necessarily born and raised and of and from that community. I really try to connect with that [Africa] not only lyrically, rhythmically and generally musically, but also, socially and culturally. My pursuit is about the nuances of a culture. If you can recognize the nuances, whether that’s in music or otherwise, then I believe you can fully embody that. So I like to believe that I fully embody what is both an American and African woman.

iRJ: Growing up in Africa, were you considered privileged?

Somi: I was between the ages of 3 and 8, so my recollection of me living there is that of a child. But I would say that it was very privileged. My father was a diplomat; he worked for the World Health Organization. People who work for these types of organizations are granted a status and comfort. So I would definitively say it was quite privileged. And I was always very keen of the fact that at least one side of my family didn’t grow up in that. My parents worked very hard for what they were able to accomplish through education.

Somi: I suppose that is the title of the genre that I represent? [Laughs]

iRJ: [Laughing] Well yeah; that’s what you created, so that’s yours.

Somi: Oh, well I don’t know that I can say. I think I can tell you what it means to be “New African” and what jazz means to me. When I say “New African”, I’m really speaking about challenging the accepted ideas if what it means to be an African in a modern world view. It’s a very exciting time right now on the continent, specifically in terms of production. Music, fashion, art- -I mean you name it, it is quite massive and dynamic and exciting. So to me, that “New African” is about embodying this moment where we are evolving as African people.

I think for many years the world has looked at African music as stagnant, in like traditional form. And if you kind of strayed outside of that, then it wasn’t really African. So if it’s somebody like myself, who uses a variety of genres and found my home in jazz, or it is somebody who is doing Somali hip hop or South African rock or Nigerian soul or whatever it may be, its about this New African energy generation that reflects our current and modern lives.

Jazz to me….is always a running joke in my family. It’s like, how did I end up in this room? Because I never set out to be a jazz vocalist. I think my first time listening to Jay-Z and understanding it and that I loved it, was my freshman year of college. I heard Ella Fitzgerald for the first time, and she was singing “Moonlight in Vermont.” I was like this is amazing and who is this? Because my father listened to a lot of world music and my mother listened to Western classical, I don’t remember ever listening to jazz in the house. It’s almost accidental that I have been working in this space. What I love about jazz is that it is one genre that explicitly celebrates the voices in the ensemble. And I love exchanging voices. When I say voices, I mean the voices of the other instrumentals as well. And I love that everyone’s singular voice is privileged.

iRJ: Tell us about your TED Global scholarship.

Somi: Sure. TED has these scholarships where they acknowledge 20 people from various disciplines around the world: once at the TED Conference in the US and once at TED Global. I was fortunate enough to receive that scholarship. I just recently performed at the TED conference. It’s been an extraordinary experience.

iRJ: You just left Lagos, Nigeria. Tell us about how, if at all, Fela influenced you musically.

Somi: What I realized about Fela is that one doesn’t actually understand his music unless you’ve been to Lagos, Nigeria. I was listening to him a lot while I was there because it was the perfect soundtrack for the city! It was pretty astonishing.

iRJ: You are part of the relaunch of the historic OKeh Records. Tell us how that came about.

Somi: First let me say it is a huge honor, and I feel fortunate and blessed and thankful more than anything. I was in Lagos, and I created this new body of music. I had recorded it and was planning to release it independently. I had a couple offers, but I wanted a label that had a wider perception of jazz. A good friend of mine named Brian sent me the article and said that this might be a good fit. And he set up the introduction. So I’m thankful to Brian, Wolfe and Sony; it’s been wonderful.

Cyrille Aimee: It's A Good Day For French Gypsy Jazz