YOU ARE HERE:Home » Interviews » Casey Benjamin: The New Standard
Interviews 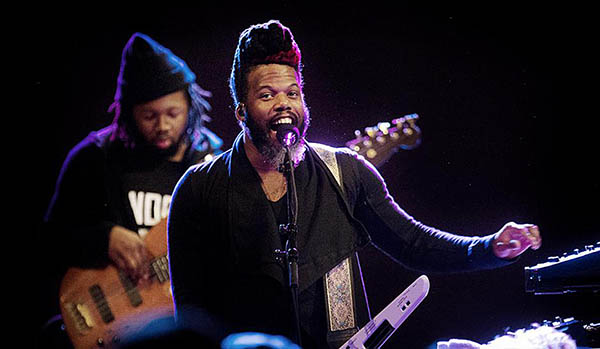 Casey Benjamin is a Grammy Award winning multi-instrumentalist. He is prolific as both a sideman and bandleader. In addition, he has recently worked with artists such as Kris Bowers, Robert Glasper, Derrick Hodge, Lupe Fiasco, Mark Adams, Melvin Gibbs, and Stefon Harris. Benjamin recently spoke with an iRock Jazz interviewer about his Grammy win, his artistic voice and the future of jazz.

iRockJazz: What is your greatest musical influence?

Casey Benjamin: I guess just growing up in my hometown of Jamaica, Queens. [As well as] being around my mentors and people I looked up to [while] growing up. This music that I describe, all these different genres, I had access to because I had all [of] my father’s vinyl. I have probably about three thousand albums from my father. The people that were around me [while] growing up were my greatest influences. Weldon Irvine, Denzil Miller, Bernard Wright, Bill Jacobs, [those] cats were Queens musician heroes. Also, just being around my mom and learning what love is.

iRJ: How difficult is it to jump between the roles of band leader and sideman and still retain your own musical identity?

CB: That’s probably one of the hardest things to do. A lot of it has to do with your pride. You have to put your pride aside. When there may be decisions or things that I may not agree with, knowing from my experience and what I’ve done, you feel like you know that this is the right decision. But, you have to discuss it with somebody else. I’m a bandleader myself, and to come and be part of a unit like this, it’s tough. It’s probably the biggest challenge. It’s always give and take.

iRJ: How did life change after winning a Grammy?

CB: Not a whole lot has changed. Many more people know who we are. I live in Queens, which is [a little] outside of the city. Sometimes, I’ll go into a supermarket and there will be people that recognize me, saying ‘Oh, you’re the guy from the ‘Robert Glasper Experiment’ which is strange because that’s never happened before. More people recognize who I am, that’s changed. Other than that, nothing else has really changed. We play to sold out rooms, which is great most of the time. The money hasn’t really changed much! [laughing] Everything else is pretty much the same. 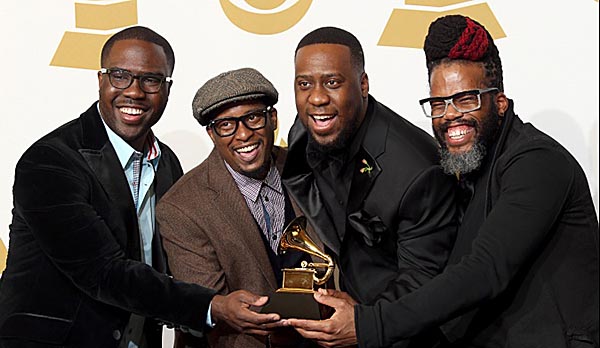 iRJ: How would you rate yourself, on a scale from one to five, as a sideman?

CB: A five. I’d give myself a ten. [laughing] I can explain. The reason why I say that is because I’ve played in a variety of different bands as a sideman. I’m talking everything from Rock, Hip-Hop, Jazz, Pop, and R&B. I’ve been a sideman in every major genre in music, and in every situation there’s never been a complaint or a shortcoming. I’ve always given one hundred percent and more. I think I’ve always been open and able to adapt to every situation. I also think that few musicians can do that. [And] not a lot of multi-instrumentalists can do that either, which is a different thing. That’s why I give myself a really high honor in that regard.

iRJ: As a musician, what are two things that you would most like to develop?

CB: A greater sense of self-confidence is one. I notice that as I get older, I’m locked into older ways and I don’t want that to be a pattern. I think that’s the demise of a lot of musicians in their careers when they stop growing and they stop listening to other people. They become dated. I feel myself getting like that a little bit, [laughing] but I want to make that better. I want to try to control that. 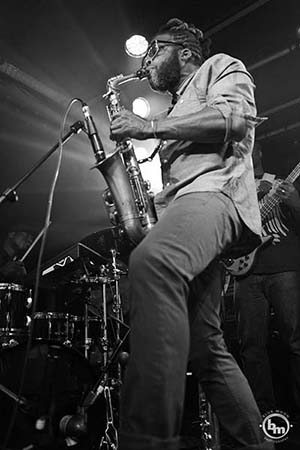 iRJ: How do you handle getting both positive and negative feedback for your artistic choices?

CB: For me, I’ve never been afraid to be myself. In my music [and in] the way [that] I dress, I’ve always been true to who I am. I’ve never really cared about what people said. So it really doesn’t matter to me what people think. I never really pay attention to that, I just do it. If people like it they do, if they don’t they don’t. I never really try to cater to one set of people. I come from a different sort of direction [in that regard.] I didn’t start off playing Jazz, [and] I didn’t start off playing one specific type of music. I just played music. A lot of jazz musicians will try to please critics. I never was into that sort of thing; I just created music. I think how people perceive me in the industry is in this manner: ‘Casey Benjamin is somebody who you never really know what’s going to happen and he’s going to do something different and weird.’ And I’m okay with that; that’s fine. At the end of the day, they can never say I haven’t been innovative. I think innovation is the best thing ever.

iRJ: What are your thoughts on the future of Jazz music?

CB: I think it’s in a great place right now because of the fact that it is changing. For a long time, it’s been the same. I think the fact is it is changing and people are allowing change to happen. They’re allowing a new generation to put their influence in Jazz, which hasn’t happened for many years. Obviously, I love jazz and I love the great composers [like] Oscar Hammerstein and Cole Porter. It was always that, but now we’re letting in new standards. People are covering Hip-Hop songs as jazz covers. It’s accepted now. I can’t tell you how many times I’ve heard bands cover Prototype [by] Andre 3000, and that’s become a new standard. They’re allowing change and allowing people to express themselves again. I think it’s great, and I think that’s a great prospect of what’s happening in Jazz right now.