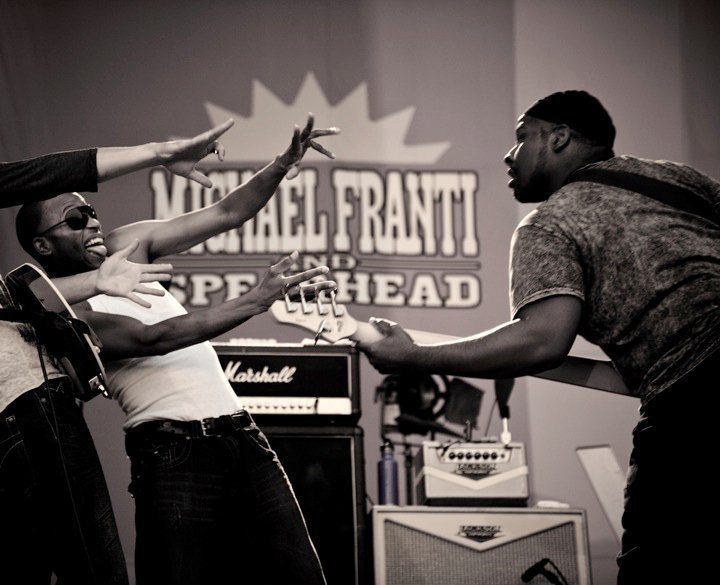 Jazz greats like Sonny Rollins, John Coltrane, or Charlie Parker; or you can stand and listen to a trumpet player blowing sweet sounds out of the doors of the famous musical venue,Preservation Hall in the French Quarter.

Louisiana’s rich history for musical talent is known world-wide and that part of the county continues to bring forth musical geniuses; artists such as Mike “Bass” Ballard, bass player for Trombone Shorty, a trombone and trumpet player from New Orleans. Born in New Orleans, Mike “Bass” Ballard recently was interviewed by iRock Jazz.

iRock Jazz: Thinking back on your musical career you had a couple influences like Louis Armstrong and Victor Wooten. What is it about Victor’s talent as a bass player that attracted you to his style of playing?

MBB: Most bass players grove and will play specific bass lines, but Victor Wooten, although he can grove as most bass player can, he is more of a “soloist”, directing his playing more in the forefront, which in the bass playing realm, has never been seen before. Victor Wooten, Marcus Miller, and Gerald Beasley, and there other cats who also come to the forefront and do a great solo. 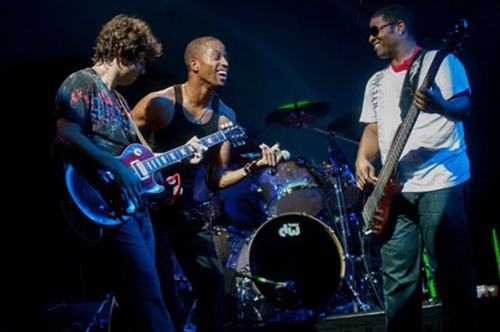 iRJ: Larry Graham started this “thing” with slapping of the bass. How does he come into play with some of your bass players?

MBB:  With Larry Graham it’s a learning process and an inspiration as well. These bass players who have solo careers and those who play behind groups are doing amazing solos when they have a chance. When Trombone Shorty gives “Bass” the spotlight he has to give a hundred and fifty percent. “Bass” says it is important to showcase what you have to the world and he feels blessed. He is a showman and a colorful performer using motions and actions while he plays in his style and takes advantage of these opportunities.

MBB: Being in New Orleans you hear about horns and brass bands and the trumpet it has a loud and piercing sound and can blast over almost anyone without a microphone, which “Bass” found to be cool. He started playing at nine and performed until the age of fourteen at which time he began playing the bass. The main reason he stopped playing the trumpet is because the brass field is very saturated with other players and if someone wants to become a solo artist, you have to be a very good instrumentalist. At that time “Bass” did not see himself as a great trumpet player, compared to the other trumpeters he was around.

“Bass” attended the New Orleans Center for Creative Arts (NOCCA), when during his second year there he saw that there were no bass players. Calvin Turner, who performs with Raphael Saadiq, was the last bass player at NOCCA, who had graduated. Since “Bass” had experience with the bass since he was fourteen, he people said he had a good feel for it.  “Bass” says his father had played the bass and stopped and “Bass” picked it up and that year he began playing the bass and got his first gig with Trombone Shorty, whom he had met at the age of ten.

iRJ:  You met Shorty at band camp. Tell me about that meeting and what was the connection?

MBB: “Bass” says he remembers meeting Trombone Shorty as though it were yesterday. There was a conference held for the second year at the Louis “Satchmo” Armstrong Jazz camp in New Orleans where, at a meet and greet, which was held the third week of July, on a Tuesday, for the faculty and students to get acquainted with one another.

James Andrews, known as the of the “Satchmo of the Ghetto”, walked into the gathering with his little brother as the two talked about being the stars of New Orleans, having just returned from Europe. Seeing this “big star”, who stood as tall as his instrument. “Bass” approached this little guy, introducing himself to “Trombone Shorty” by saying, “hi my name is Mike, what’s yours? 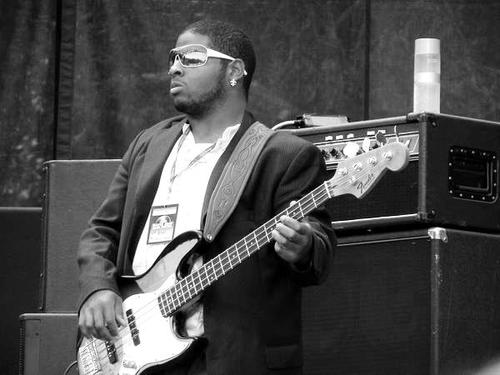 iRJ: How did the band form?

MBB: By the age of fifteen “Bass” was performing with Trombone Shorty and the band formed over a period of time. Being involved in the Jazz community they met guys from the Jazz camps, high school, and college. They also met other musicians at different venues and performances. They were introduced to guys from different areas who played various styles of music, different genres, and who played very well like Joey Peebles, who has been with the band over ten years. They would also hear of great musicians who were playing in the city and would go to their performances. Some would audition and have stayed five, six, or ten years.

iRJ: How do you define this style of music? Is it Jazz, is it Funk, is it Rock?

MBB: “Bass” says the group calls their style of music, “Super Funk Rock” stating that it does not have its own lane and does not sound like someone else. It is not really Funk, not really Rock, and definitely not Jazz, but because it is a horn driven band, it’s considered a Jazz band. This style has its advantages because it pulls people in who come to hear their music who have not heard their music before. 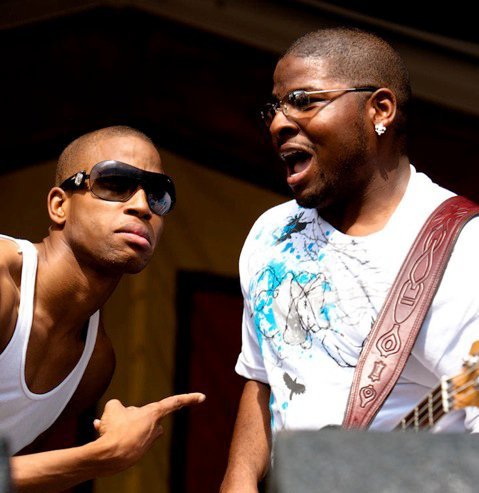 iRJ: Your group brings out a lot of younger people who probably would not ordinarily go to a traditional Jazz concert. What do you think is the greatest attraction that your band has on younger people bring them out to hear your band play?

MBB: “Bass” says the first thing he notices, whether it is a teenager or young person, or even a grown-up who loves music, is that  their eyes are open to hearing something new and different. Their interest might be to become a fan, or a musician, or they might be looking up to the person who plays the instrument that is important to them, like the trombone.

Trombonist are looking up to Shorty because of what he is doing and they are gaining confidence like they never thought they would get because the Trombone is usually considered an accessory instrument, to a certain degree. With Shorty coming to the forefront many instrumentalist are saying they can do the same thing and become a star just with a horn. It’s a new thing with brass instrumentalist getting confidence because of this.

MBB: “Bass” says the group caters to a broad audience and they are not in the particular traditional Jazz genre. He says it is important to express what you have and that it is important for each to embrace the other’s style. 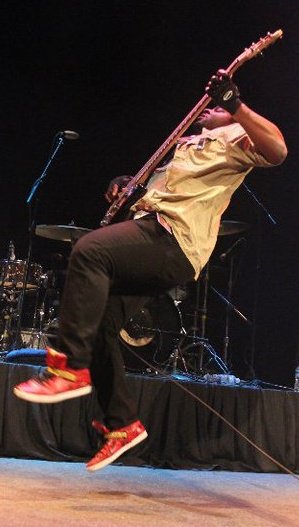 MBB: Having done everything musically and within the organization, when it comes down to taking risks it’s a big payout for the group. He says they study and are careful as musicians and like things to work. They work at keeping harmony and rhythm so if something happens they are on it and able to fix the problem quickly.

iRJ: What is your roll beyond bass playing with the band?

MBB: “Bass” considers media and video a hobby of his. He says beyond the group professionally, he is a music producer.

iRJ:  It is very difficult to keep a band together over a period of time. What is keeping you together? What is the glue that binds you?

MBB: Just like a sorority or fraternity, or any organization that has a strong standing, it’s a brotherhood.  Standards are set and even though they are individuals within a group and have personal things that have to be dealt with in their own time, they have a common goal to make great music and make people smile and gain fans. They love each other like brothers and use the family method and it has kept the group together for a long time.

iRJ: If you decide to do your own thing, how do you step away from such a popular band and build your own identity after playing behind Trombone Shorty.

MBB: “Bass” says because the group is a brother-hood, stepping away from it would come over time, stating it is important not to cut ties. Because they are partners, receiving blessings from the band leader, like Trombone Shorty, is also important. If Shorty would support it than it would make life a lot easier for “Bass” because the brother-hood would still be there and people would pay attention to that.