YOU ARE HERE:Home » Interviews » Jon Faddis: On a High Note
Interviews 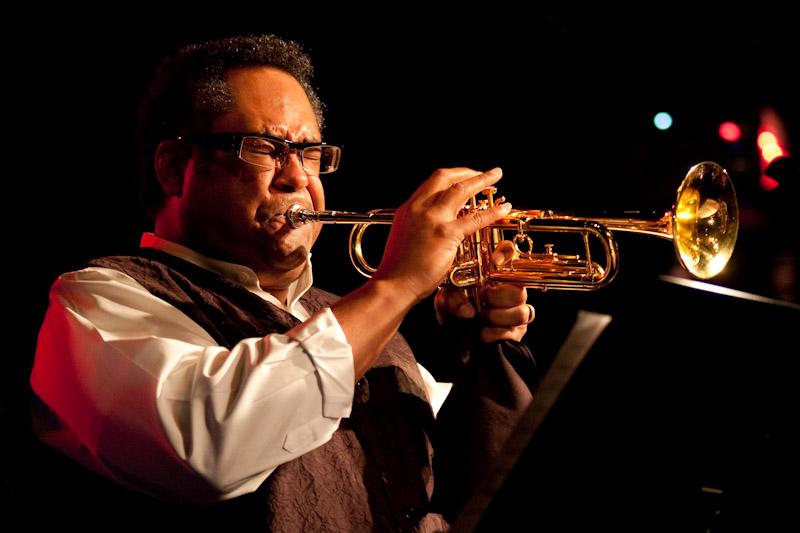 Jon Faddis has had a long and illustrious career. At the tender age of  18, he joined Lionel Hampton’s Orchestra, then was lead trumpet in the Thad Jones/Mel Lewis orchestra. He also had stints with Charles Mingus. Renowned as a trumpeter with masterful command of an unparalleled range on the instrument, John Faddis took time out of his busy schedule to speak with iRock Jazz.

iRock Jazz: You have played with some of the great figures of jazz from a young age. Was there ever a moment where you pinched yourself and asked yourself how you got those breaks so early on?

iRJ: Drug use was quite a common facet of the jazz scene around your time. With the pressures of peers and environment, how were you able to say no?

JF: Growing up in Oakland, California there was a bit of alcoholism in my family. I decided I was never going to do that and I stuck with it. People would say, “Why don’t you try this?” I would say, “No thank you.” That started when I was in my early teens. In order to play with some of the musicians in my early years, I would perform in R&B bands and big bands. There was always somebody older looking out for me, saying, “Forget about that.”

iRJ: Some younger players like Robert Glasper have said things like, “The music needs to update or die.” What is your take on that notion?

JF: Many young jazz musicians have influences that are not really jazz-based. That plays a part in their influences as musicians and as people. It’s a tough thing to say without hearing Mr. Glasper’s words in context. But, I think the history of this music is too rich to die out because it hasn’t been updated. Or, because we haven’t got the kids listening to the music because they are listening to hip-hop. When I hear something like that, I feel there is a whole aspect of it that has been taken out of the equation and that is education. When we give kids the proper introduction to music, along with education, they appreciate it and they like it. I do a lot of work with kids from ages three and up.  That said, I think it’s not going to die out. There are still people that want to be stars. You’ve got Trombone Shorty, Robert Glasper, Ambrose, these young kids are doing something different. However, that doesn’t negate what I think is one of the most important aspects of the music and that is honoring our forefathers… and foremothers. 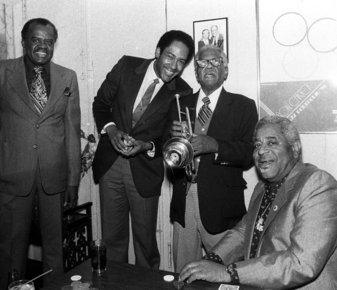 iRJ: How important do you feel innovation is in jazz music?

JF: When Dizzy talked about the bebop revolution and the innovation Dizzy used to say it was a natural progression of the music that Diz, Bird and Monk were standing on the shoulders of others that came before them. He was very adamant that it was not a revolution it was an evolution. The music evolves in different ways. When Dizzy, Monk, Bird and Bud Powell were doing their stuff, there were people that hated it. I know that Dizzy struggled for a long time to get his music heard.

On the other hand, when you look at Miles Davis, he was very open to trying new things, new sound, and new grooves along with different musicians. But what people forget to realize when he picked up the trumpet was that he was still playing Miles. It was just the context that changed. For the younger kids, they are doing newer things. God bless them. I myself am a little more conservative. For me, the innovation comes with playing something different on the same set of changes that everyone has been playing for the last many years.

iRJ: Jazz has been called Black Classical music. Do you think the word classical makes people view the music differently?

JF: I think the term classical comes from the  lack of respect that was given to the music. I think a lot of people wanted the music to be taken as seriously as “European Classical music.” The idea of something being classical has to be something that has reached a very high standard whether it is European Classical music, or is considered a work of art like a painting such as DaVinci and Michelangelo. But in music, especially, and this was often the case with black people, it was looked down upon as the music of the devil. Many people didn’t really respect the music due to its origins in the whorehouses and speakeasies.

Nowadays, there has been controversy over whether it is Black Classical music. There have been books published by Richard Sunholter championing the white contributions to the music, Randy Sankey as well. I think it is more than just black music at this stage. It started off that way, of course, but I think this music is for everyone. There are musicians from all over, from Japan, all through Europe and even places like South Dakota who are not black and play this music really well.

I think to a certain extent some of the music has been commandeered by record executives and producers, especially nowadays. It is tough in the recording industry. Many of the record producers don’t want to tell you it’s about the money, but that is what it’s about for them. Before, when you got a musician into the studio, they would ask, “What do you want to do? We just want you to play your music.” It’s very different now, very few jazz artists have that opportunity without somebody from the record company saying, “You should play this music or you should perform with such and such.” It’s a difficult business. But once you know the history of the music, you can’t argue that. it’s music that’s developed and shared by everyone. I don’t think because Nicholas Payton says that it makes him racist in any way.

iRJ– Jon Faddis has been doing concerts with the Chicago Jazz Orchestra under the direction of Geoff Lindburg doing Miles Ahead, the collaboration of Miles Davis and Gil Evans and a celebration of his good friend Frank Foster and his music. Mr. Faddis is always teaching across all ages and traveling to perform.