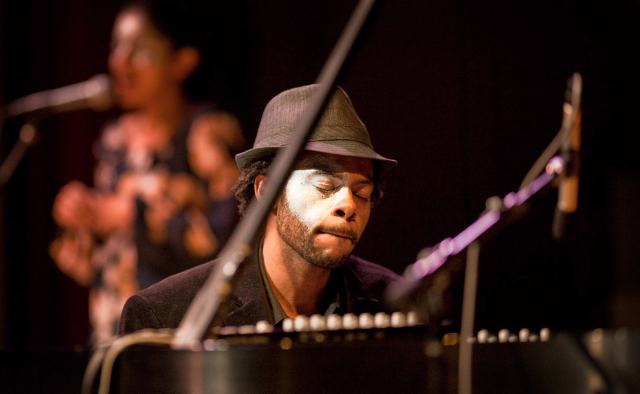 Marc Cary’s name can be synonymous with the D.C. sound of music known as go-go. His music embodies a style that will capture the listener, connecting them to the sound. At the age of fourteen he became a member of the High Integrity Band, which played go-go music. He graduated from Duke Ellington School of the Arts, and sat in with Dizzy Gillespie Band whenever they came through D.C. In 1995 he released his debut album, Cary On. Marc Cary has stepped into his own as a versatile jazz pianist, keyboardist, songwriter, composer and producer. He has shared his personal stories about his mentor, Abbey Lincoln, and his priceless experiences and lessons learned from Betty Carter. Carey sat down with iRock Jazz to tell us about his music and his newest recording, For the Love of Abbey.

iRJ: How did you become rooted in music?

MC: I was born in New York. We lived there for a couple of years and moved back to Providence, from there moved to Washington D.C. All my folks are from Providence, RI. My mother is a dancer and artist. She was following her career as a dancer and she worked in theater. So I grew up in creative environments; that was my play area. The soundtrack that went through my childhood was just incredible. In fact I put a playlist together for The Kennedy Center. We did the Jazz Ahead Program; the Betty Carter program she started before she passed. I grew up on the music scene in D.C. which was heavily laced with an indigenous music called go-go. It was the training ground for me. 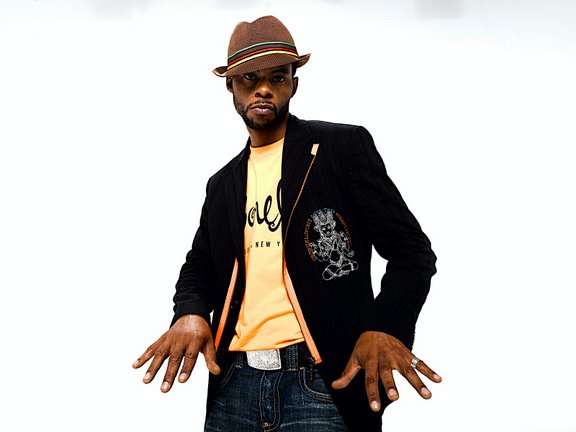 iRJ: When did you get involved with jazz?

MC: I did a program at the Kilimanjaro Heritage Hall. This was the night that changed my life. I was playing solo Fender Rhodes at that time just my own compositions. I branched off from go-go. I started to get engrossed into jazz and in to music. I got this slot to do a solo piano thing on the Fender Rhodes. Don Cherry and Nana Vasconcelos were doing a duet, so I got to sit in with them. That was the opening to a lot of opportunities. I met Frankie Addison and he had a group, The Frontline Jazz Ensemble. He heard me play and he asked was I in a group; I said no. He said, ‘Do you want to play for us’? We worked five nights a week and we became the rhythm section to The Dizzy Gillespie Youth Orchestra that was hosted by Blue’s Alley.

iRJ: Tell me about your new project?

MC: My new project is called, For The Love of Abbey. It’s a solo piano tribute to my mentor and definitely long- time friend; I can definitely call her my friend. I just wanted to play the music of Abbey Lincoln without the lyrics because of course we know she’s very well rounded. No one really talks about her music. They talk about her lyrics and they quote her, but you never really hear anyone quoting her songs or any musicians playing it. Back in 1995 when I did my first record is when got in her band. I recorded her song Throw It Away and she encouraged me from that moment to please record her music. I took that seriously, every album I’ve done since has had an Abbey Lincoln song somewhere [laughs].

iRJ: How did you meet Abbey?

MC: I observed Abbey before I meet her. I lived two buildings down from Arthur Taylor and Abbey Lincoln lived on top of Sugar Hill across from Duke Ellington’s building. I’d see her get in limos all the time. At the time I’d been playing with Betty Carter so I knew who she was. I was soon introduced to Arthur Taylor, who lived next door to Abbey. When I went over to meet A.T. Abbey was there. That was the night I met Abbey. That was the first time A.T. and I played together. We played “Gingerbread Boy” and the rest of the night was A.T., Abbey and I. She would hear the rehearsals that we had with A.T. constantly. After rehearsal she would come over and hang out. So I built a relationship with them. I would run errands; whatever they needed I handled that. Soon after Arthur Taylor died she called me and said you’re in the band. It’s been a loyalty on her behalf because A.T. asked her to look out for me and she also had a chance to check me out for years. Also, Rodney Kendrick suggested me on his way out the door. 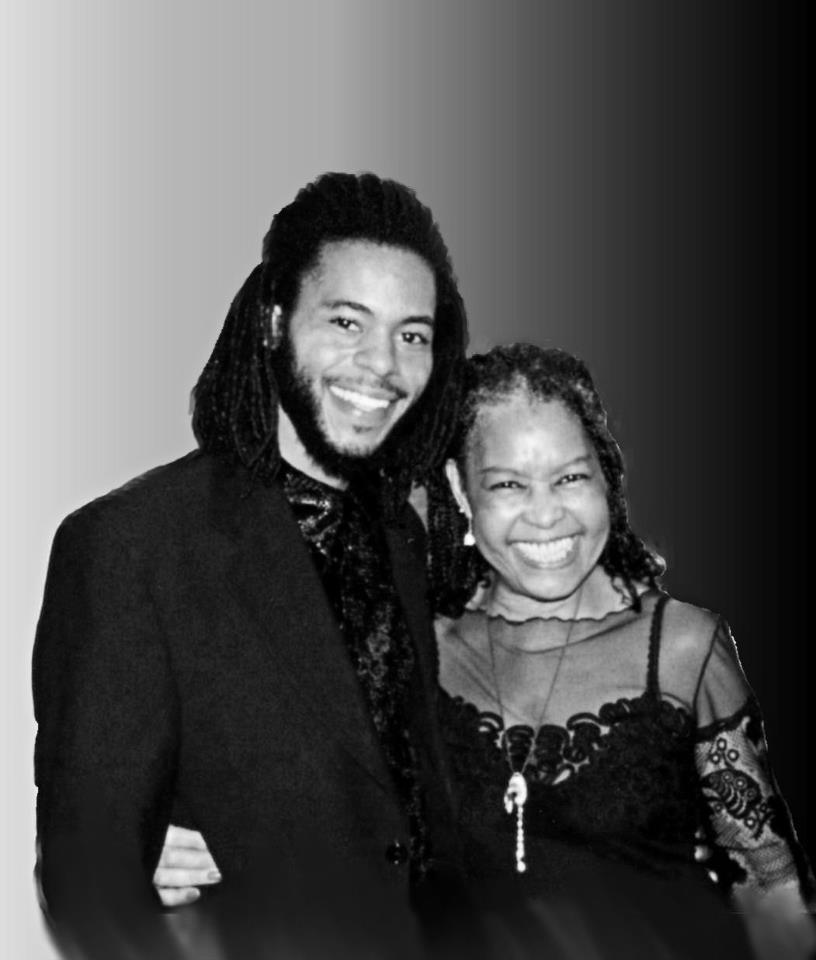 iRJ: What is the Betty Carter School of Jazz?

MC: The Betty Carter School of Jazz is a boot camp in some ways. She finds the brightest musicians and those that she knows and she has confidence that will be the keepers of the flame. She’d personally come out and listen to cats. She’d come to jam sessions and if she liked you she would get up and jam with you and see what happened, and she would call you. In my situation, Taurus Mateen, a good friend of mine – bass player was in her band and he recommended me. I did a rehearsal and to find out what the Betty Carter School was, right at the end of the rehearsal, she asked me if I had my passport; I didn’t. She took me to get my passport and a suit and I went on six weeks of one-nighters with Betty Carter in Europe.

iRJ: What was the biggest lesson you learned from Betty Carter?

MC: The etiquette of being a musician – more directly, a jazz musician, a creative person. Really the etiquette which are a series of lessons; lesson number one: you are always on stage. Lesson number two: don’t entertain for free. Foremost, lesson number one is to be at the top of your craft at all times, which means there is a certain amount of focus you must have at all times. She taught me really to embrace the music to its fullest.

iRJ: What influences you when composing music?

MC: I’m wide open. There is no one influence. Everything that I do is a direct response to what is going on. I’m very in tuned to the music in different ways. I listen to music visually. You can look at life, you can look at transitions and shades in the sky and understand how that translates to music. I observe quite a bit. I use my observations to inform me on what to do. I’m very inspired by rhythm. 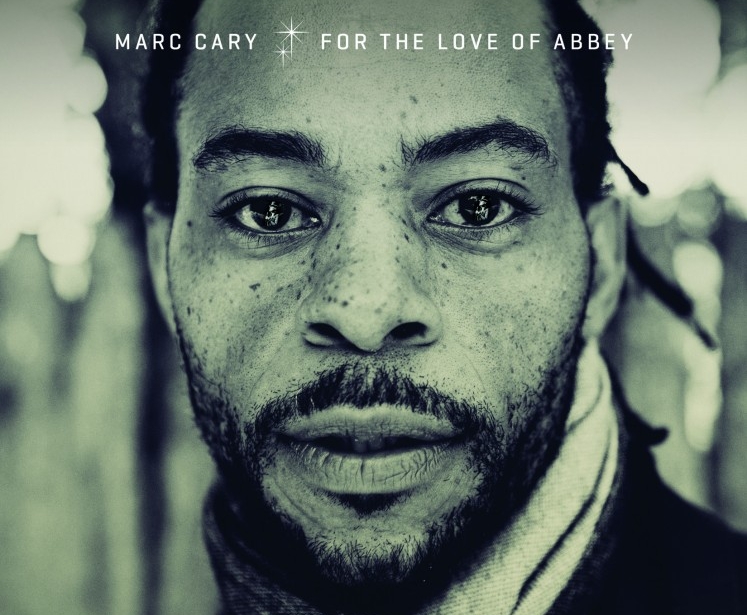 iRJ: How do you stay current and relevant to today’s new jazz audience?

MC: I have been accused of being ahead of my time, in most cases, so I feel half of what I’m doing is in the future. I believe a lot of my creativity and motivation comes mainly from the ability to be inspired. I look for inspiration. If I wasn’t open to understanding my own achievements I don’t think I would love what I’m doing. Success to me is to be able to keep doing it.

iRJ: What do you want people to know about you?

MC: A lot of people consider me maybe complex in a way because yeah, I do this kind of music or that kind of music. I think to be clear I don’t see too many differences. The differences are not the things that attract me; it’s the similarities in the different things I’m doing. I’m just trying to do things to make me feel good. That’s what keeps me coming with new stuff because I really enjoy what I do. I’m not trying to stick in a genre or become the best stride pianist or be able to show someone how much I know about an era. I’m trying to create music that can live; like the music I love – like John Coltrane, Scott Joplin, Phineas Newborn Jr, Thelonious Monk, and Duke Ellington. Those people inspire me to be the best that I can be. I will continue to build my catalog for my children and they can figure out what to do with it.

Nick Colionne: Growing Up in Chicago Influenced My Music