YOU ARE HERE:Home » Interviews » Nicole Henry: My Work and Preparation Paid Off
Interviews

Nicole Henry has created a niche for herself as an acclaimed jazz vocalist, but only after hard work and dedication. Henry began her journey in Bucks County, PA singing in school and church and studying the cello and ballet. This background was great preparation for the future she had in store which included commercials and voiceover assignments. But of all the talents Henry possessed, she focused on perfecting her singing and turning it into a career. Her work and preparation paid off when she released her first album entitled, The Nearness of You in 2004 which won her the title of Best New Jazz Artist of 2004 in Japan. Henry’s 2008 album, The Very Thought of You reached number 7 on Billboard’s jazz chart which increased her American audience and continued to validate her place in jazz history.

Henry has earned three top 10 albums performing music from the 40’s, 50’s, and 60’s. Now Henry is ready to take on a new era of music. Her new album, So Good, So Right: Nicole Henry LIVE, features a live recording of Henry performing her favorite classics from the 70’s by artists such as Aretha Franklin and Gladys Knight. Nicole Henry spoke with iRock Jazz about her new project and her plans for the future.

iRJ: What was the inspiration about this new project concerning the fact you did your favorite classic hits of the 70’s? Why did you choose these particular artists and that era?

NH: It started off that I had a five night show in May 2012 and we wanted to come up with a new show and said, ‘Hey, why not make a new show and it into a live CD’. After deciding that, I wanted to come up with a concept that was more contemporary than what I had been doing considering that I had been taking music from the 40’s, 50’s and 60’s. We first considered doing something from the 60’s and the more I researched songs, the more I found songs from the 70’s. So my producer said, ‘Well why don’t you just pick songs from the 70’s’? My parents raised me playing song’s from the 70’s and I remember most of my best times listening, dancing, and singing along to music from songs of the 70’s, so that’s what we decided to do – pick these tunes. As far as what happened with selecting the 13 songs that are represented, it was really challenging. First, of all the Duke [Ellington] covered songs of any sort whether it be jazz or whatever, you really have to find a way to rework them and really make them your own. We went through hundreds of songs and rehearsed about 40 songs and then the ones we wound up with were the ones that really shook out in the process considering that we didn’t have background vocals, and we didn’t want to put in pads for the orchestra parts, and we didn’t want to mimic exactly what the song was. It was a lot of going back and forth, but I am really happy with the songs we selected. 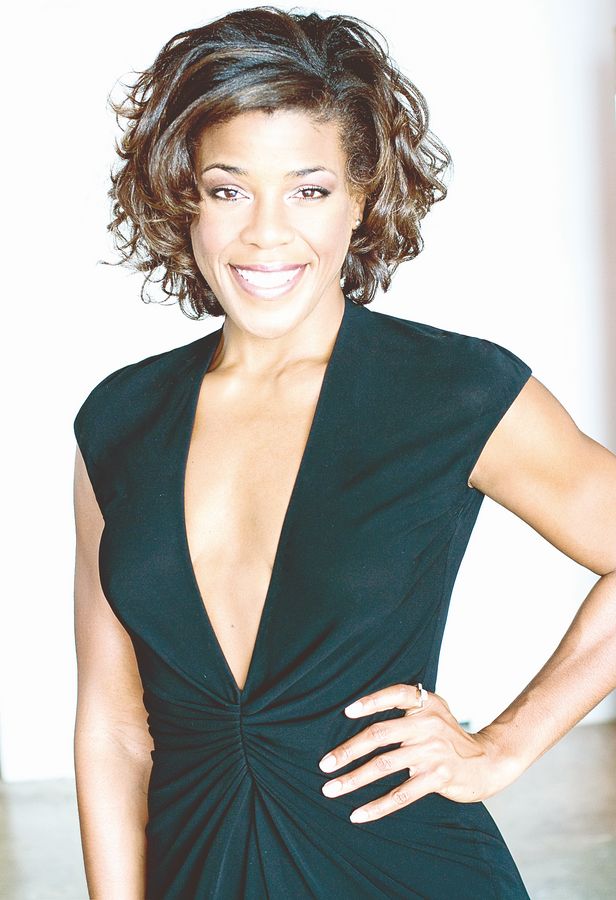 iRJ: How difficult is it to rework another person’s music, especially if it was an iconic song?

NH: That is a big challenge, but after doing that with jazz for last 8 years, I always strive to hear Nicole Henry in my songs every time I sing them. Every time I run the story through my mind, I’m talking to someone on the phone and telling the story, or I’m talking to a friend, or maybe I’m talking to the audience. But I always create the story in my mind so it’s as if I’m re-enacting the story. I think that alone helps me to personalize the song. When it comes to reworking it, I play around with the melody line a little bit, I play around with the phrasing or the pauses. I may even leave a word out every now and then. It’s a lot of different things that come to me because it’s just right for the moment. But you can’t pull a bag of tricks out and sprinkle it on top of the song. Sometimes you can’t do anything with it, you just let it go and say, ‘I’m not going to try this’.

iRJ: The previous album you did and this live one are so different. What was the change?

NH: One change is that the studio version that we did was arranged by Bill Goldstein, who I don’t work with a lot as far as live shows. He had a concept based on a recording version that I had given him that my band and I do together. So he created this arrangement which I thought was great. I said, ‘This is a little different than what I do live, but let’s put it in here for the album’. So what you hear on the 70’s project is what we do live. The studio version is a little more polished and the one we do live is a little more organic. One is not any better or worse than the other. I love hearing both versions.

iRJ: Do you position yourself as a jazz singer or a musician who happens to sing jazz?

NH: I consider myself a musician who happens to sing music that is hard to be defined. I think when people get music, especially a vocalist, if you ever sang a jazz standard in your life, then people think, ‘Oh well, she’s a jazz singer. We can put her in that category’. And it’s not so much that I don’t sing Soul, or R&B, or Pop, it is how we have to define something. It’s like calling the number “2” two. We had to come up with a word for “2”. It’s good to put a word on something so everybody can identify with it. But I think music is really whatever it does to you.

iRJ: What have been the challenges in being an independent artist, producing your own music, and having your own record label? What are the benefits?

NH: The challenge is not over thinking the project and not over thinking what people want. Not over thinking how to market it and who is going to play it. I think any artist think that and because I am also on the label side and I have a team and bills to pay, of course I have to think of all of that. At every point you have to trust that your message is what you have been called to give and that people are going to receive it. You always have to have faith in that. I think the challenge of running my own business is I really have to become the best time management person possible. I am a type B personality trying to become a type A personality meaning I always have to remind myself to keep structure. A few hours for work and a few hours for the creative work and trying to find that balance. Some days are all desk work and some days are all music. Sometimes its 3 days of music. I can’t combine the two because once my mind starts moving in the computer world I have to shut the computer down and remove myself. And the funny thing is in today’s world so much of my music is in the computer. I have to shut down programs like my messages and up YouTube, iTunes, or my music catalog and go to files and pull up songwriting sessions that I had and change lyrics. It’s a matter of discipline to balance the two.

iRJ: If you had to pinpoint yourself and define what your distinctive sound is, what is it?

NH: Someone brought to my attention what I haven’t put to words but had always hoped what people heard in my music. He said, ‘You know Nicole, when I listen to your voice there is a level of truth and honesty in your voice’. And I thought that was a beautiful compliment because when I am singing to people, I want to be truthful about how I sound and how I feel at that moment. I want people to be able to relate to that because I want people to be able to feel that for themselves when they relate to that message, whatever the words are. I’m hoping that people always feel my honesty. I think when you listen to artists that you love, you do find the sentimental songs that touch you and you don’t know why, and I think that what you hear is the honesty whether it is in the joy, the sadness, or the discovery, its honesty. Hopefully people hear that. 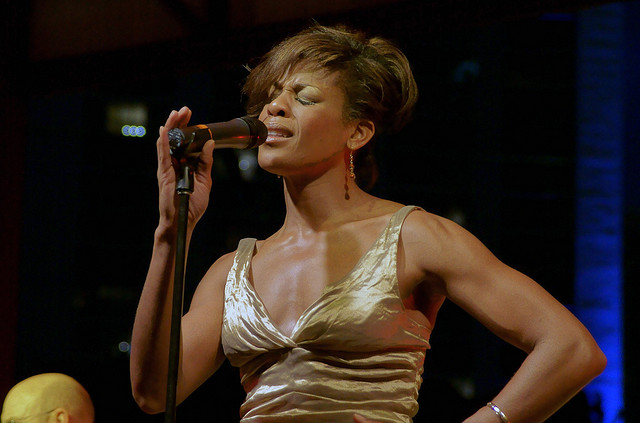 NH: What I’d like to improve on is to be better disciplined on my practicing techniques. I love growing as a singer and I have a coach I have been working with and I’m really enjoying flirting with techniques. That is always a struggle ‘cause every time I open my mouth now, I’ll over think, ‘Am I getting it right’? Hopefully when I get on stage, I don’t think about it, I just do it and it comes out in the right place and it comes out strong and clear. What I think I do well is I think I am good at being in the moment when I perform live. For me it would be boring to get up on stage and regurgitate the same movement and motion and emotion. I like to be present in the song.