YOU ARE HERE:Home » Interviews » Sean Jones: The Gospel of Jazz
Interviews 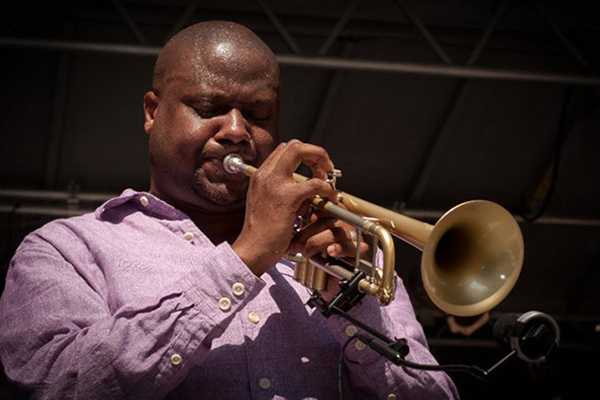 Sean Jones has No Need for Words. You will understand why he decided to name his latest project by that exact sentiment when you listen to each track. No voice is needed. It would only distract you from the beautiful notes being played underneath. Listening to the music gives you a greater understanding of why there is no need to discuss anything. The sounds alone are rich enough to take over your senses, simply leaving you speechless. To experience the transformation into silence you can visit www.seanjonesmusic.com.  His trumpet is soothing and played to perfection. Sean Jones is truly distinguished and blessed with an ability to mesmerize through music. Jones spoke with iRock Jazz and gave us insight into his music and what he is working on in the future.

SJ: Yes gospel was my first musical influence. The first musical memory I have is listening to the choir as a kid and watching the choir director. It was amazing to me how he would wave his hand and the sound would come out of the choir. After church I would go to the pulpit and wave my hand and no sound would come out because the choir was not there. That’s my first musical memory. I grew up singing in youth choir and I tried playing the drums but that did not work out so well, so I started taking my trumpet to church and that was it. That was the beginning.

iRJ: What is it about honing your chops in a gospel setting that has created the new modern jazz musicians that we see now?

SJ: It is about the oral tradition. In American music, most of our music and contributions to the world has been codified through the oral tradition. You can look at blue grass, country western, and jazz, and most of that music was passed down through the oral tradition. Really, the church is one of the last places, especially in the African-American tradition – that tradition is very much alive. People aren’t passing out sheet music in gospel churches. It is very complex music, it is not like playing “Mary Had A Little Lamb”, we are playing very complex music at an early age and having to follow the forms of church services and that is where we get that training.

iRJ: Do you think the church is a solid foundation to move over into jazz or other genres of music? 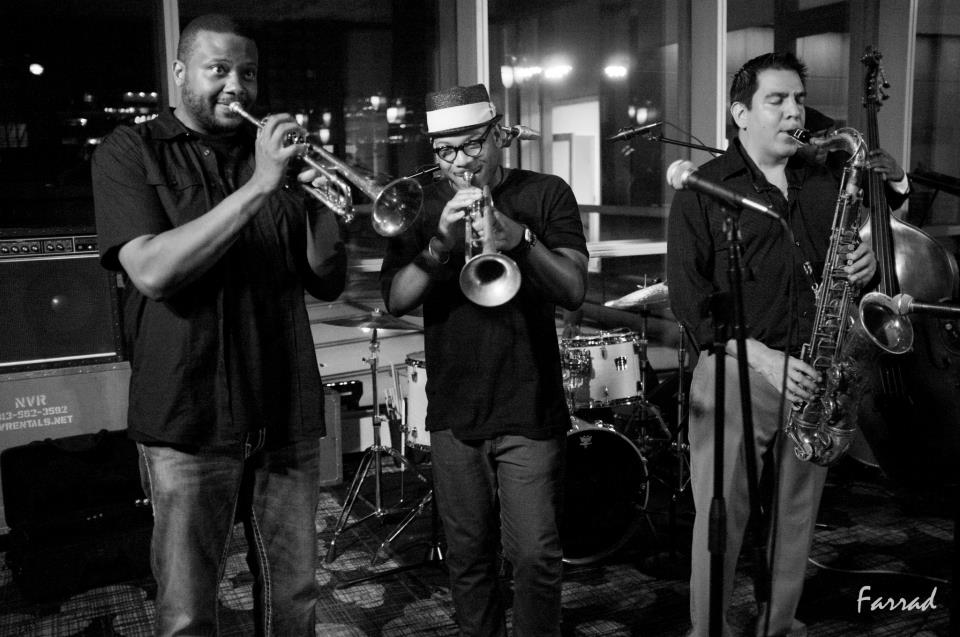 iRJ: It is said of today’s jazz musicians there are very few distinguishable players unlike past musicians that you knew who they were when you heard them. What do you have to say about that statement?

SJ: I’ve heard that argument for years and I don’t necessarily agree with that. For instance, if you listen to Robert Glasper, he is the first person to sound like Robert Glasper to me. There are always imitators. There were imitators in Monk’s time. Monk just happened to be Monk. If you point out the people that were doing it back then, a lot of people would think that people were trying to sound like Charlie Parker and this person was trying to sound like that person. That’s happened throughout jazz. When you make that argument, you take a thing from the past and try to superimpose it on the guys that are coming up and add more pressure to us to try to sound different and its not authentic. When people sound like somebody, maybe that’s what they are gravitating towards and I think they should do that. They should be the best expression of themselves.

iRJ: How difficult is it for you as a musician to develop your own compositions and establish yourself?

SJ: The biggest pressure is money. Promoters, agents, everybody wants to make the dollar. If your music isn’t making the dollar, or can’t be sold through popularity, then you start to feel that pressure. And they mask it in other ways by saying ‘You should try this or maybe you should do that’. So they use art to try to get you to do different things that will actually bring in revenue. So that’s a challenge to think about your music and how to sell it and how to sell yourself. As far as general artistry, I am actually happy with where I am now versus 10 years ago when I first started getting on the scene and playing gigs. I was constantly feeling pressure to be good enough. For the past few years, I realize I have a place here and I can stand on that. Not through arrogance, but through confidence and know that I belong on the stage with the people that called me. That empowers me to be myself. It also lets me know it has been 10 years. You have a certain track record over the course of 10 years. People know that you can play and people know that they are going to have a decent experience when they come to a concert. They know that you are going to try to give your best at any given concert. So it’s empowering at the same time.

iRJ: What was the turning point in your career that made you feel empowered?

SJ: I would have to say it was a slow evolution. Over the past couple of years, performing with Jazz at Lincoln Center and then leaving that band and performing with Marcus Miller and being able to perform with Herbie Hancock, Wayne Shorter, and Marcus at a Miles tribute. That was definitely a big boost. If you can’t hold your own, there is no way in the world those artists are going to call you if you can’t bring something unique to the table. So just over the course of the years and being able to maintain a career in this music and have the respect of my peers, that is the thing that is empowering the most. Also, having a record label that sticks with me. This is going to be my 7th album with Mac Avenue records and to have that kind of relationship with a label is unheard of.

iRJ: What would you say are your biggest strengths and weaknesses?

SJ: My biggest strength is that I try to hold on to certain musicians. I try to keep my core band together. In a time where the dollar controls everything, I have been willing to sacrifice funds for myself to try to keep my own band recording and playing together. One of the criticisms for myself is that I probably have not focused enough on keeping that band on the road. For the past few years, I have done a lot of things around my hometown because I am a big community guy. I have done a lot of work around the Pittsburgh/Cleveland area. I think that for the past couple of years, I have done that, I don’t want to say as a detriment of my own vision as an artist or as a leader with my own sound and my own vision for my band, but I have definitely had to try to balance the two of them because I can’t be in 5 million places at one. So my criticism would be that I should push that band on the road more which is actually what I am working on now. 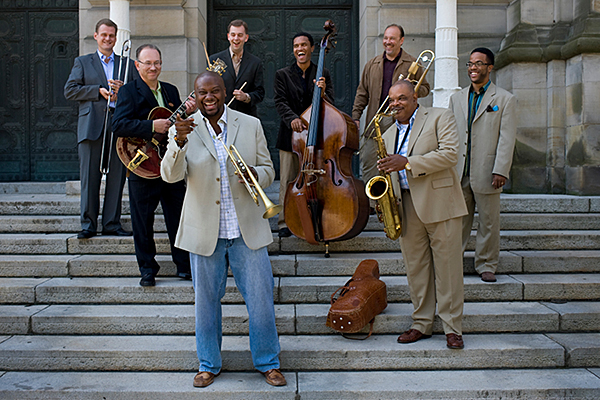 iRJ: What are the things outside of music that drives you?

SJ: When I left Jazz at Lincoln Center, I always thought there were enough artists in New York. Everybody wants to be in New York, and they leave their communities without shining examples of artists that are willing to push the envelope and create new music. One of the things I tried to do was go back to the communities that fostered me, one of them being Cleveland the other Pittsburgh, and try to make sure those two communities had a jazz orchestra. There are community jazz orchestras all around the country that you may or may not have heard of. I think wherever there is a major symphony orchestra, there should be a jazz orchestra as its counterpart. I’ve also tried to be active in education, because if kids don’t know what this music is, they really don’t know who they are as Americans. A big part of who we are as Americans, culturally, comes through in jazz music. And I don’t want us to lose our song and our dance because we are not aware of it. If you go to Brazil those kids know how to samba. In Vienna and Europe they know how to waltz and they know what instruments are. It pains me to have conversations with my peers and they don’t even know what a trumpet sounds like. They can’t delineate the difference between a flute and a clarinet.

iRJ: If you had a musical wish of how your music could affect people, what would it be?

"...but can she play?"is the first documentary blowin' the roof off women horn players and jazz