YOU ARE HERE:Home » Interviews » Rachelle Ferrell: Her Way, Without Masks
Interviews 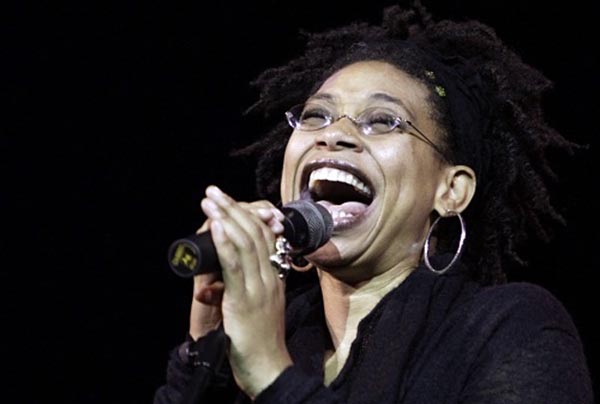 You know the spirit of a person not only by the words they speak, or by their actions, but also in the energy that emits from them; the feeling you receive from being around them – this is the experience when in the presence of singer, song-writer, composer and pianist Rachelle Ferrell. She is a woman who lives with and on purpose. Her purpose in this lifetime is to express herself through her music and that she does. Born in Berwyn, Pennsylvania, Ferrell has been singing for as far as she can remember. She says she doesn’t remember a time when she wasn’t singing. It’s reported she began at six-years old however, Ferrell says she doesn’t know where that age came from. “I can’t really put a number on it. I don’t know where that number came from ‘cause I can’t remember a time that I didn’t sing. You just have a feeling, people come here just knowing – knowing this is our gift, this is what we want to do. I was a really teeny little girl always very turned in to music.”

Ferrell has a vocal/octave range that surpasses any range imaginable. Something she doesn’t think about, it’s pretty much who she is – a part of her gift. “It’s only become a phenomenon or a bit of a phenomenon since I’ve been a recording artist because I never considered it prior to then. I never knew what it was. It’s just that whenever I decided I wanted to sing high or decided I wanted to sing low I would just do that and I never really had the framework or the concept of range in my space. I would hear different sounds, hear different birds sing or hear a train go by or hear the fire whistle go off and I would just emulate it. I didn’t know a human being wasn’t supposed to make those sounds [laughs]. It was much later that it was discovered that it was an anomaly.”

First Instrument, Ferrell’s debut album was initially released in Japan in 1991 and again in the U.S. in 1995, something she personally requested. “I didn’t want it released in the States because it was a jazz album and I didn’t want to be pigeonholed as a jazz singer. Of course in retrospect we can all see that worked like a charm. I really wanted to be known for my own material, my own music and that wasn’t jazz. I had been invited to perform at the Mt. Fugi Jazz Festival and I had just been signed to Capital Records and Blue Note Records and the promoters of the Mt. Fugi Jazz Festival mentioned to Bruce Lundvall at Blue Note Records that they wanted me to have a record out – they would like for me to have a record out over there to coincide with the festival. So we kind of put one together real fast and put it out over there.” 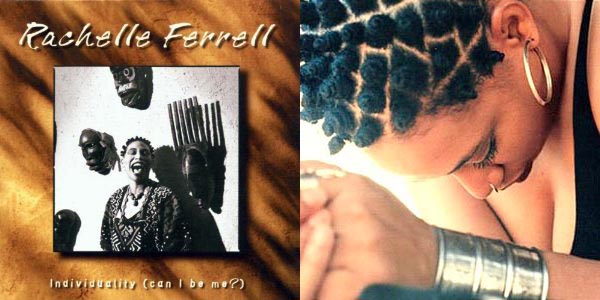 Ferrell’s self-entitled second recorded album, (first in the U.S.) Rachelle Ferrell was released in 1992 and was greeted with great reviews as well as the 1995 re-lease of First Instrument in the States. With both albums successful and her name flowing in the musical atmosphere, Ferrell took a break from 1992 to 2000. When she resurfaced with Individuality (Can I Be Me?) in 2000 something was different. She looked different – she no longer had the straight hair, her dress was different, she was now wearing African/Kente cloth garb and the album cover is of her standing next to African masks (which are metaphors). What happened? What changed? Ferrell says this time period was a space for growth and evolution. In other words the meeting of herself, with herself, a rediscovery in to who she really is. 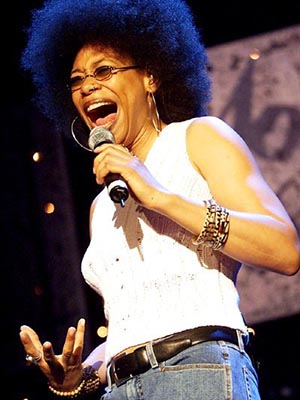 “It was a result of the growth and development that had occurred in me over that span of time between ’92 and 2000, which is quite a bit of time. Quite often folks feel like they can move forward in time and grow and develop, gain weight, change their hairstyle, get married and have kids but the artists have to stay just the way they were when they first purchased them on that album cover [laughs]. And it’s just not the way it is – it’s not the way life is. Artists happen to be human beings as well; and we grow and change, get married, have babies and change our styles. That Individuality CD was a coming out CD for me, of being no longer a neophyte in the industry. I was clear about who I was, what I wanted to do, what type of music I wanted to do, what I wanted to be about and that album represented that. Even with regard to the cover of the album not being what was typical during that time period when CD’s came out. The typical sexy, sensual CD – a woman on the front cover with a bathing suit or long gown, highlighting some part of her body. The album cover was a statement about the masks that we wear. You know what I mean, the different masks that we wear.”

“If you remember my face was painted – in the tribal mask from…I can’t remember the name of the tribe now…I think maybe the Wodaabe Tribe, it was in East Africa. I had them make my face up to look like one of these Wodaabe Tribesmen and to make that statement of how things are one way in one country and a totally different way in another country that we’re living in isolated pockets in the world and the world is much bigger than where we live and how we do things. Not to mention the masks on the wall behind me were African masks. That was also a statement about who we really are and how we’re living and are we living true to ourselves or are we wearing masks of various types based on the situation in which we find ourselves with who we have to engage.” 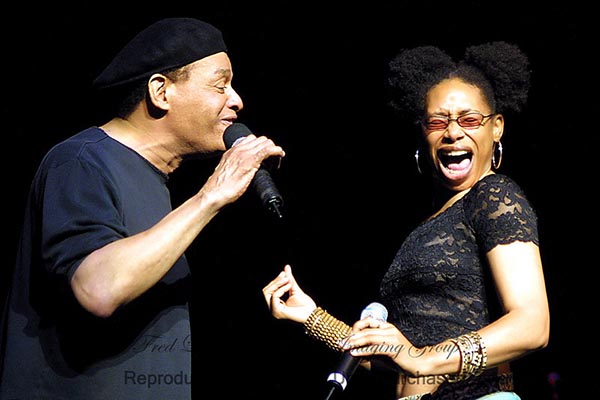 The 8-year hiatus in addition to self-awareness, was also dealing in legal matters with the record company. Something Farrell obviously couldn’t speak on then, however, now she is speaking her truth. “The majority of that time was in litigation with the record company and with the production company that was taking 50% of everything that I made and I refused to record. That’s the behind the scenes stuff that the folks don’t know they just say, ‘Ooooh ‘Chelle why’d it take you so long to record? Why’s it taking you so long to put this next record out?’ Well, I can’t really share that information at the moment but now I can, it’s over [laughing]. I remember the guy that owned the production company he told the president of my record company, ‘I don’t care if the bitch ever records again’. Yeah it was very ugly [laughs]. 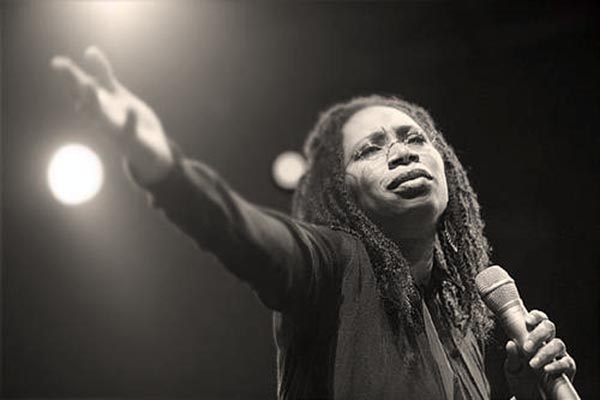 Indeed she has recorded again as a matter of fact. And going back to the 2000 album Individuality (Can I Be Me?) Ferrell, answered her own question: “YES I CAN!” “I had fully intended to answer my own question too [laughs]. I was like, ‘I’m doing this MY way and there’s no other way, I may take on some suggestions, at the end of the day, I am the final thing that makes the choice. After all of the fighting and arguing and being held back I’m like, ‘No, no this is what I need to say.’ And Individuality had a lot of that energy in it and all of that experience was wrapped up in that project – of my breaking out of the constraints, the constrictions, the bounds that were set for me. Like Zora Neale Hurston did in “Their Eyes Were Watching God”.