YOU ARE HERE:Home » Interviews » Kendrick Scott: Make Me An Instrument of Peace
Interviews 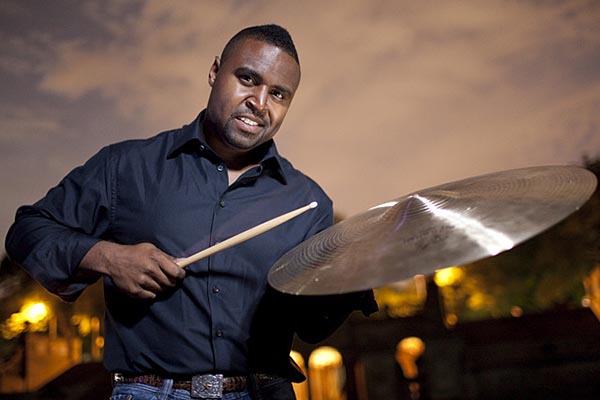 The list of next generation jazz greats cannot be complete without the name Kendrick Scott. At just 32 years old, composer, bandleader and drummer his resume is already the stuff of legends.

After graduating from the High School for the Performing and Visual Arts in Houston where Scott won numerous awards including the Clifford Brown/Stan Getz Fellowship, he also received a scholarship to the famed Berklee College of Music in Boston, MA. After graduating from Berklee, Scott has gone on to work with jazz legends such as Terrance Blanchard, Joe Lovano, Kenny Garrett, Diane Reeves, and Liz Wright, just to name a few.

In his interview with iRock Jazz, Kendrick Scott talks about his experiences in high school, his latest album and what the future holds for this next generation jazz master.

iRJ: You went to the High School for the Performing and Visual Arts in Houston, TX. Robert Glasper, Jason Moran and Beyonce all went to that school. Did you know any of them?

iRJ: What was it like in high school with some of these other famous musicians?

KS: I definitely remember being around Rob and being around Walter Smith and Mike Moreno. One of the things that struck me most was everybody’s willingness to use everything as a learning experience. Even for me, I took that time to practice; I practiced a lot in high school. At the time, I think I was too much in my head in high school. And I was just watching how everybody else kind of navigated through and it’s really good for students to be around people of like minds – who are doing the same things but are really high level. For me to watch everybody do their thing, it gave me so much encouragement to keep going; whereas if I would have been in another situation, I would have kinda fallen by the wayside. It was a good competitive atmosphere also, but in the best way. So many great drummers – Eric Harland had just graduated and there were some other guys there at the time that were phenomenal. And our teacher Bob Morgan, he just was the best. He knew how to touch individual students. I need some tough love, he gave me that and other people needed other things, so he knew how to cater his teachings to the individuals; which is really paramount if you want to get the best out of your students. 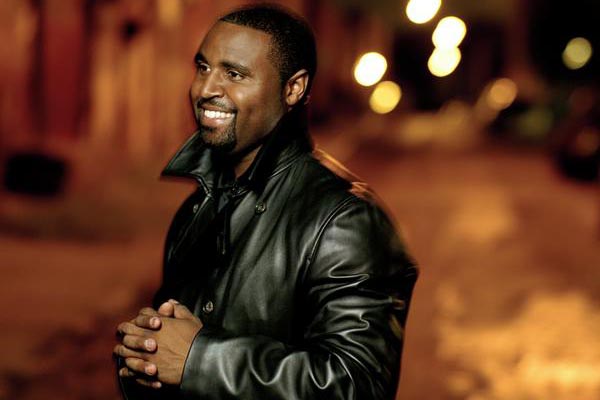 iRJ: How did you all end up at the same school?

KS: The school [HSPVA] is a public school that’s by audition only. And people audition from all across the city of Houston to get into the school. My story is funny because originally HSPVA wasn’t even on my radar because I wanted to be in a marching band [laughs]. I wanted to be in the drum line and everything, and my mom encouraged me to go to the HSPVA so I could learn all about percussion and everything. My mother’s dream for me was to be in the New York Phil [Philharmonic] in the percussion section. Then when I got there, it all came to pass.

iRJ: Give us an example of the tough love that your teacher Bob Morgan had to show you.

KS: I remember vividly there was this chart of big bands that I just kept messing up. I kept messing up so bad to where the band couldn’t come in. And he took me off of that chart. And to this day I got a little bit of something for that. Actually that drove me! The name of the chart was a David Sanborn chart. So years ago, when I had gotten out of Berklee, I played with David Sanborn; I still play with him from time to time. And I think, ‘Wow, things come full circle.’ So him taking me off that big band chart actually spurred something in me to go practice and work my stuff out.

iRJ: After high school you won the Clifford Brown/Stan Getz Fellowship. What kind of pressure does that put on you after winning one of those?

KS: It’s interesting for me because as soon as you asked that question I started thinking about playing the drums; just the beginnings of it. And the part of it that kept me going was the naïvety of it all. In the high school that I was in, the climate that I was in, winning that Fellowship was a rite of passage that all of my friends had done already. I watched Eric Harland do it. I watched [Joseph] Moran do it. I watched those guys do it and I was like, ‘Yeah, ok, this is what I’m supposed to do.’ I just knew that it was part of the line that I was supposed to build up to that. So I really didn’t feel that much pressure, I just knew it was a blessing that I had to work for. And when I got it, I was immediately like ‘Ok God, where’s the next thing?’ You know what I mean; just building. But those guys who won it before me prepared me for it. 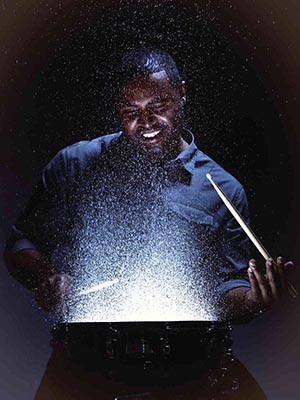 iRJ: Is there a time when you are on a stage with a legend and you say to yourself, ‘I don’t know if I deserve to be here yet’?

KS: Yeah, of course; of course. The mind is always talking to you man. I get that question every time I sit down to play. But for me I write this prayer on my drumsticks and it says, ‘Lord, make me an instrument of peace.’ And through that prayer, it kind of releases me of all of those tensions. A lot of those tensions are very valid because I’m playing on stages now that I’ve watched my heroes play on. And to be completely honest, if I really thought about my heroes while I was playing, I would never play any drums. I think that part of the making of this record that I made, Conviction, was to say to God ‘Thank you for the blessing of being here, of playing with these people, and to give it all I have.’ So, I’ve always felt those little rumblings, but the good thing is that I get to quiet my mind, at least when we are playing. Now in the practice room – I love that. Those are the things I thrive on those are the things I work on; those little rumblings in my mind are the things I thrive upon in the practice room.

iRJ: You have a lot of prayers and Biblical messages throughout your album. Do you think it is a distraction for some and an attraction for others?

KS: You know when I was making that [Conviction], I didn’t really think about it. For me, being an artist is weird. You make art for people but you make art for yourself. And this record for me, I use it as a reminder for myself to live with a certain amount of conviction. And to not only talk about the things that I want to live, but also to do them. So when I hear the record I ask myself, ‘Who have I been of service to today? Who have I surrendered to today? Who have I helped today?’ Those things are more universal than they are religious. I wasn’t trying to be religious, I was just stating some things that any man should take to heart and try to live by those things. If you look at all the subtitles on the tunes, there is nothing there that you could say is from one religion. It all has a moral basis in how we live our lives I think. 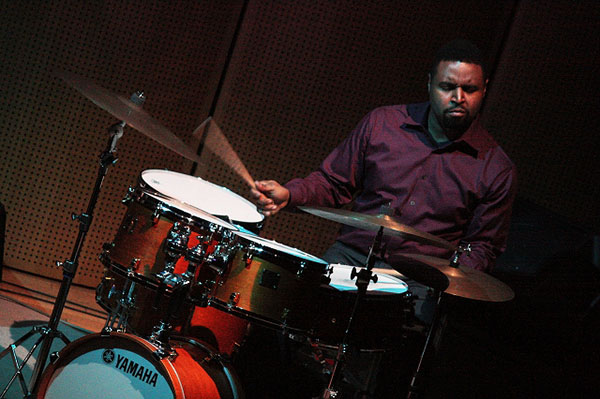 iRJ: What’s changed since this record?

KS: I’m just really enthralled in composing and I hope that on the next record I compose everything. I kind of never know what is coming around the bend. I’ve been collaborating with different artists and still with Terrance [Blanchard] for 10 years now. But I think for me it’s more on the composing realm. I want to write for strings; that’s one of the big projects that are coming up. As it pertains to Conviction, I believe it is just a very spiritual record and I hope that it doesn’t turn people off. But if it can bring people to a higher state of being then so be it, you know?