YOU ARE HERE:Home » Reviews » Touré’s New Book Explores the Psyche of Prince
Reviews 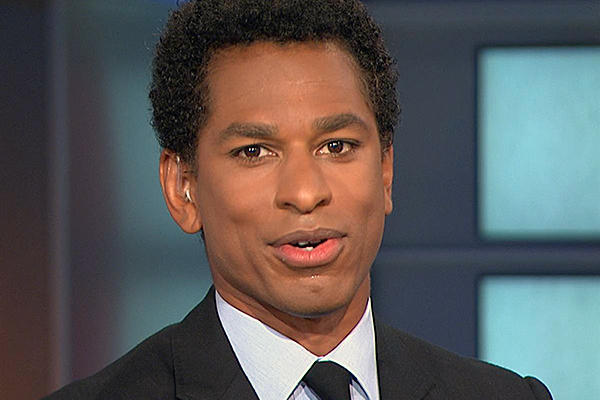 Although only 42-years-old, Touré has been an unfailing appraiser of music and society for nearly 20 years. Whenever media institutions like Rolling Stone Magazine, Vibe Magazine, BET, MTV or FUSE Network needed someone to get an accurate pulse of the modern recording artist, they called upon the Brooklyn-based author/journalist/TV Personality due to his combination of intellectual application with an arresting delivery. His historical knowledge as well as his professional candor with stars like Lady GaGa, R. Kelly, Adele, and the Red Hot Chili Peppers, just to name a few, has given him a reputation as a go-to cultural commentator and inquisitor.

These days, Touré has fashioned himself into a commentator in the world of politics as co-host of MSNBC’s The Cycle and contributor to Time Magazine. He is, however, no less invested in music, as he illustrated with his new book, I Would Die 4 U: How Prince Became an Icon. Satisfying a personal and creative curiosity, Touré applied the same intricate scholarship to Prince’s extensive catalog that he did to the subject of racial identity in his previous book, Who’s Afraid of Post-Blackness. By interviewing many of Prince’s collaborators, friends, former lovers as well as experts of religion, music and psychology, the end result is arguably the most definitive dissection of one of the 20th century’s most enigmatic geniuses, revealing his ties to Generation X as well as how he cleverly used sexuality as a hook to reel his fans into receiving much more spiritual, religious messages. Touré spoke with iRock Jazz about the book, why he wrote it and what he learned from writing it. 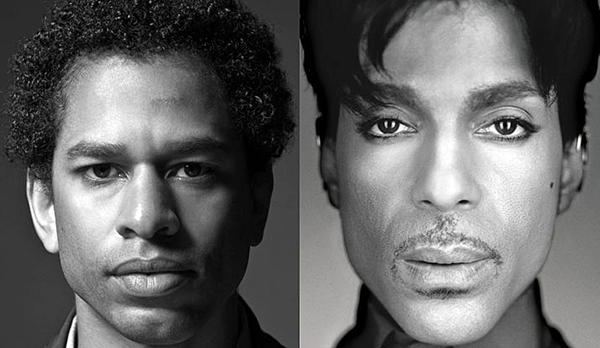 Touré: I love Prince. I knew that I would be happy to spend a year diving into what he’s all about. I think that there was a tremendous sense of mystery around him that would allow for a lot of room to unpack things. I wasn’t that somebody that had really done any great, intellectual study on him, not that I’d seen. So, I thought that there was a need for that. Also, I felt like after Michael Jackson passed, we spent a couple of years, righteously, remembering Michael and how great he was, giving him the due that he deserved, and when we, as a culture, took a breath from that, I said maybe it’s time to give Prince some run.

iRJ: Many of the books written on Prince have been riddled by speculative rhetoric. To what do you attribute the intellectual plausibility that makes this book such a success?

Touré: Talking to people on the phone or in person who knew him – who he is, who he was – first hand. You know, I went to graduate school for creative writing. We did a lot of close reading of texts and I wanted to apply that to Prince and really go through his songs and do a close reading of his lyrics. 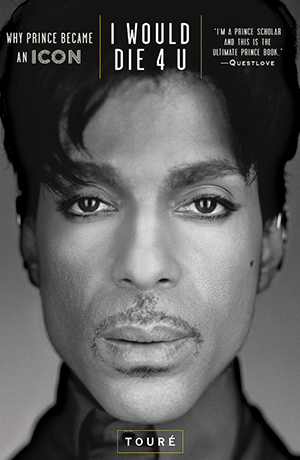 iRJ: It really shows. I Would Die 4 U reads a lot like a dissertation or a thesis. You present the idea that Prince is an icon of Generation X and how he uses sexuality to bring people closer to God. Did you already have that idea before you began or did it unfold during the research?

Touré: That was the opening structure.

iRJ: What made you come to the conclusions that Prince was an icon of Gen X, in addition to the affect divorce had on him and the generation?

Touré:The Generation X piece was the jumping off point. I know that he’s a big figure for Generation X, even though Kurt Cobain and others are more often associated with Generation X. I wanted to make that connection clearly which I think a lot of other people have not done.

When I started to look hard at Generation X, I couldn’t help but feel like [divorce] is the thing that defined Generation X; it was a shaping event. Maybe your parents didn’t get divorced, my parents are still together, but I know that the divorces of people around me and the prevalence of divorce had a huge impact on America and on our generation.

iRJ: Throughout the book, you offer examples of Prince’s passive aggressive attitude toward engaging and controlling relationships, wonderfully summed up by the passage on your 1998 interview with Prince and a subsequent game of basketball with him. Did you feel vindicated or disappointed when you realized that many people shared the same interactions?

iRJ: You made a point early on that Prince’s success was largely based on him being born at the time he was. Would he have had the same impact on the millennial generation had he experienced the same circumstances and released Dirty Mind, 1999 and Purple Rain in the 21st century? 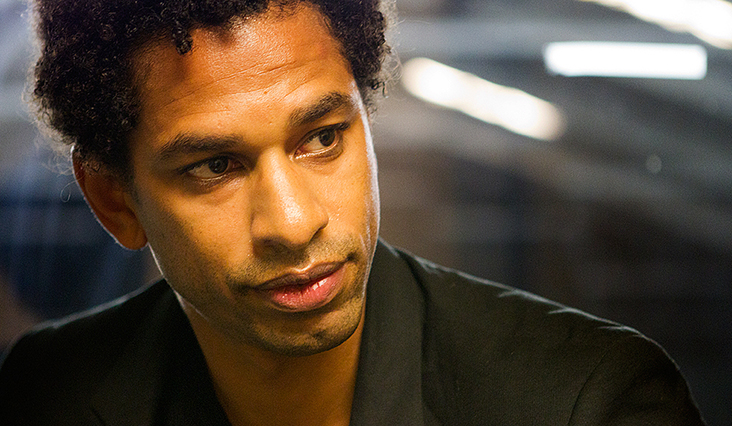 Touré: That’s hard to say. It’s very easy to say, ‘Of course; the songs are great, his talent is great.’ But, the generation would be looking for something a little bit different, and obvious he would be shaped a little differently by the times he was in. Being part of, what I called, that “Porn Chic” period in the ’80s, that really shaped him and that’s not what people are all about right now. Him coming out saying that he’s mixed [ethnically] would not shock people now that it did in the ‘80s. Movies like Purple Rain were revolutionary at that time. We were seeing the beginning of “MTVization” of popular culture and he responded to that and caught at an early point to make a difference. A movie like that right now would not be nearly so surprising or revolutionary.

iRJ: What’s your opinion of Prince both as an artist and an individual after having written this book?

Touré: I understand him a little better than I did before; listening to the songs and you can hear these connections that you made… I love him even more.

iRJ: Do you think it’s important for people in general to have this kind of historical context in order to truly appreciate the music?

Touré: Part of what’s happening is that when you encounter music during the time its coming out, for instance, and you’re completely wrapped in it at the same time and listening to it and learning it, it connects you to that community, and it makes the whole thing very alive. Encountering it at a nostalgia stage when you’re rediscovering it alone years after it came out, that makes it very different. I imagine that the excitement that we have around Marvin Gaye or James Brown is nothing compared to the excitement our parents had when they first experienced it.