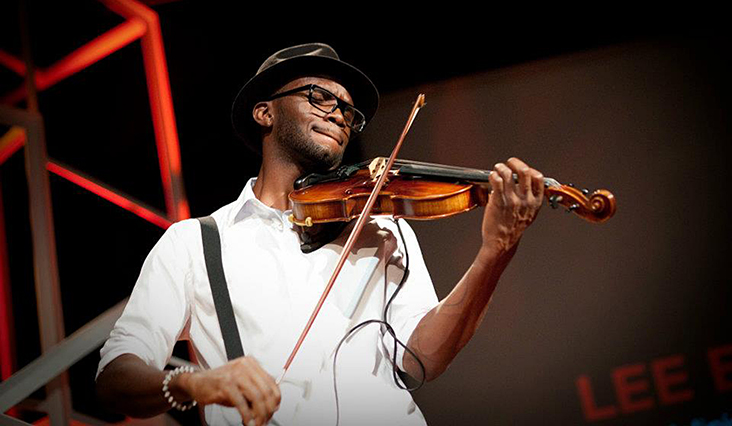 Lee England, Jr. never imagined an introduction to string instruments as a child would foreshadow his future as a nationally-recognized instrumentalist. At six years old, he was immediately drawn to the violin and rushed home to tell his parents he wanted one. Although it gained his interest, the classically trained violinist admits he almost stepped in the path of his own destiny.

“Two weeks later, my parents bought me a violin, I played it once and told my pops I quit because I thought it was broken,” he confesses. “What father wants their child to quit at anything? So, my dad said ‘Sure you can quit, but you have to practice 15 minutes a day’. Clearly, he outsmarted me and I eventually forgot I wanted to quit and fell in love with playing it.”

The only violinist to appear on Diddy’s Making the Band on MTV and the representative of the Jordan Brand earned a B.S. in music business, a B.A. in music performance and a B.A. in music education from Southern Illinois University (SIU) in Carbondale, Illinois. England also focused on another instrument while he attended SIU; singing. The former Chicago Public School music teacher’s improvisation skills and his versatility to play music of any genre speak to the masses as music lovers gravitate to his talents. With his fusion of Jazz, Hip-Hop and Gospel, the universal language of music he communicates bridges generation gaps.

With the support and encouragement of his instructors, along with the love from his parents, England was prepped for success. His sport of choice was playing the violin, as he spent hours practicing daily to hone his craft. He recalls only one incident when a peer questioned him about his extracurricular activity, where one of his best friends asked him to leave England alone and that was the end of it. 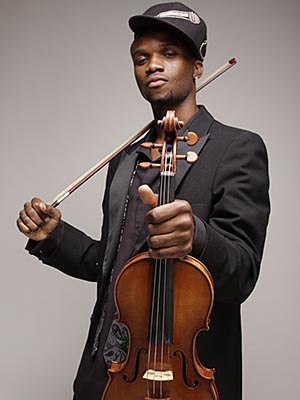 With a foundation in the church, England says he drew a great deal of inspiration from an organist who played there.

“He played “Amazing Grace”, but with a different flair,” England recollects. “I was blown away by it because I wanted to develop that skill. I wanted to be just like him.”

Stirred by the work of fellow violinist Miri Ben-Ari, England was determined to create his own niche in the string instrument arena with hip-hop and soul music, and a rigorous practice schedule with writing music and practicing his violin would get him there.

“I developed a regimen that involved practicing six hours a day, outside of performances,” he says. “I had a teacher who was bitter because he always wanted to practice soccer, but had to play his instrument. I never felt forced because it was a conscious choice. Some artists say what they had to sacrifice for their art, but it never seemed like a sacrifice to me because I’ve always enjoyed it.”

As he stepped out on faith, England left his teaching gig in Chicago and moved to L.A., a place where he admits there was something more and better that awaited his career. The current West Coast resident and Brand Jordan signee doesn’t forget his roots and represents his hometown, as he sports his Chicago White Sox baseball caps or adorns a Jordan logo. He’s performed for the city’s Taste of Chicago festival, as well as shared the same stage with Babyface, Frankie Beverly and Maze, Dwele, Stevie Wonder and others. Known for his street performances, England says he’s always willing to play wherever he can be heard. 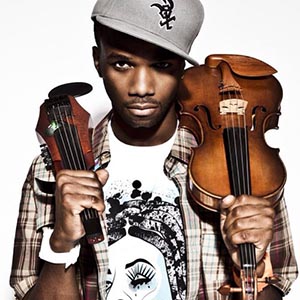 “I don’t feel like any city is out of my reach – be it Chicago, Paris or anywhere,” he adds.

When he’s not practicing or performing, whether it’s the cover of the latest hit on the sidewalk for spectators or the national anthem at an NBA game, England says he promotes his brand and looks forward to promoting his latest CD, Cover Art.

The violin virtuoso adds he’s putting his hands to work in more ways than one. With a plan to partner with high schools and the Boys and Girls Club of America, England says he wants to create programs for the youth to express themselves and avenues for music education majors to teach them.

“I performed at a school where a little kid stood up and told me I was his role model,” he recalls. “That’s when it struck me how I could multiply my talents and give back. I want to be a role model who is tangible and someone they can talk to and touch.”