YOU ARE HERE:Home » Interviews » Dr. Yusef Lateef: His Truth in Music and Faith
Interviews 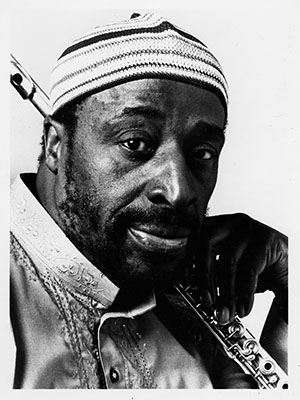 iRock Jazz recently sat down to talk with Dr. Yusef Lateef about his unique approach to music, education, and most importantly life.

When Yusef Lateef speaks, his delivery becomes a story within itself. Resonating throughout his tone is the humility one might expect from a faithful servant. And yet, in this modesty, his words captivate like those of an elder statesman. He is the embodiment of quiet strength.

These are the makings of a man whose career has transcended not only musical genres, but fields of study. At 92 years of age, Lateef has done many things for which he deserves our utmost respect. He is a Grammy Award-winning artist. He has mastered various instruments, ranging from his signature tenor saxophone, all the way down to the Japanese koto. He is a published author as well as a prominent educator. To date, he has released over fifty albums. These are the bullet points—that which we must acknowledge when highlighting his career. But at the core, Lateef is simply a man of great faith. To this he says, “[Islam] appealed to me as the truth. That’s why I accepted it. It prepared me to live a better life, a good life.”

When attempting to truly understand him—in all of his eccentricities—you must start here. For many, religion is a spiritual journey, one that defines a very specific aspect of life. However, for Lateef, it is much more. Converting to Islam in the late 1940s, his religious beliefs extend far beyond a daily moment of reflection or the weekly assemblage of like minds. His faith dictates the way in which he approaches life in its entirety. It is who he is.

“The music is an occupation. Trying to build one’s spirituality is a religious venture—through prayer, good deeds, respect, modesty, and being humble. That’s how one goes about developing that spiritual self.”

When contextualized through his religion, the complex nature of Lateef’s career begins to make more sense. What once seemed as a divergent path into the realm of proper academia, becomes an understandable choice when considering his delicate temperament. In spite of receiving countless accolades and critical acclaim, he is still the humble servant found within that kind inflection. He has to teach.

Lateef earned an Ed.D in Education from the University of Massachusetts Amherst after completing his dissertation on Western and Islamic Education. Following this, he worked as a research fellow at Ahmadu Bello University in Zaria, Nigeria, where he began his expansive teaching career. Lateef noted that his time there was a “learning experience,” during which he immersed himself in the vibrant culture. 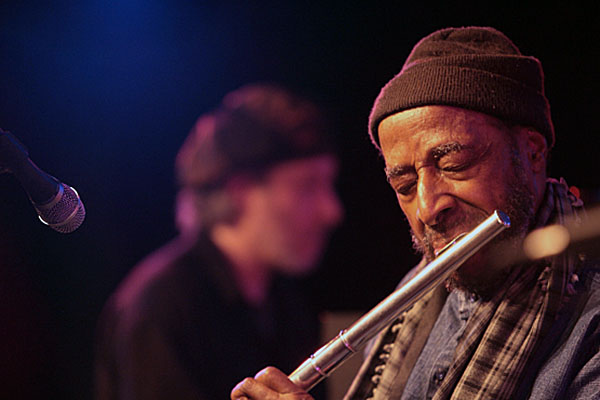 “I interacted with other academics from the university, but also those who were in drama or other musicians. I learned a lot being in that position.”

Speaking to music, most prescribe unto Lateef the label “jazz.” However, this is a term that he firmly rejects. Not one to mince words, he candidly presents the reality of his sound:

“I’m not a jazz musician. The definitions I have of that word are poppycock. They’re not meaningful. There’s a book called Ferocious Alphabets and it says when you misidentify what a person is doing, you deny them the respect that they deserve. I can’t accept an ambiguous term to something that is so definite. It wouldn’t do any justice to the music.”

Lateef’s vision of the music is particularly noteworthy. In our talk, there were two points of contention raised:

1. How do we define this music?
2. How should we, as the listener, be engaging this art?

To the first point, he provided an abstract, yet focused definition of his music:

Expounding upon that, autophysiopsychic music is the culmination of all theoretical knowledge gained in life presented through one’s work. In layman’s terms, it is simply the playing of one’s personal philosophy. To Dr. Lateef, the music he makes is a reflection of who he is as an individual. There is no disconnecting the two.

Lateef went on to accept as an alternative, “Black American classical music.” In understanding this music to be a classical form, he made a thoughtful point, harking back to that second contention:

“The music doesn’t belong in clubs. The music should be played in non-alcoholic venues. There are too many interruptions to play in a bar. You may be playing something very sensitive and then someone is shouting out at the bar. It interrupts the listener from really hearing the music. It’s disrespectful—not intentionally, but it’s still disrespectful.”

From his perspective, this music is meant to be engaged with a particular keenness and attention to detail. It is to be revered and deserves proper respect as such. This, too, is Yusef Lateef. 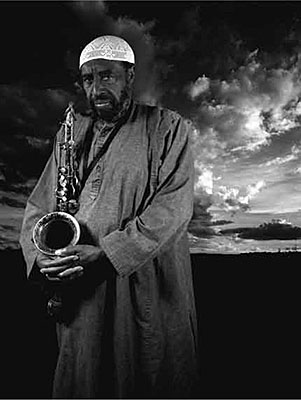 Why these contentions and subsequent responses are so significant is that they ultimately define Yusef Lateef. As it has already been said, you cannot disconnect Yusef Lateef, the musician from Dr. Yusef Lateef, the man. And that’s the lasting impression you get when talking with him. He is a man of unwavering reverence and strong convictions.

Wrapping up our conversation with Lateef, we asked him about his legacy.

“I am deeply grateful for all of the respect that people have given me, for all of those that have contributed to my career. All mankind are brothers and sisters. I believe in love for all and hate for none.”

The genius of  Yusef Lateef can be found on any one of his many albums. He is a technically brilliant artist. But after talking with him, it is obvious that his most indelible feature is his nature. The music, the teaching, the writing, all of these things that we admire so much would not exist if it were not for his vibrant outlook. His work is a manifestation of self. Through a personal journey, a man found himself and lived his life through sound and word. Through his blessing, we, too, were given a gift. And that gift would be  Yusef Lateef.