YOU ARE HERE:Home » Interviews » Kurt Elling: The Great Interpreter
Interviews 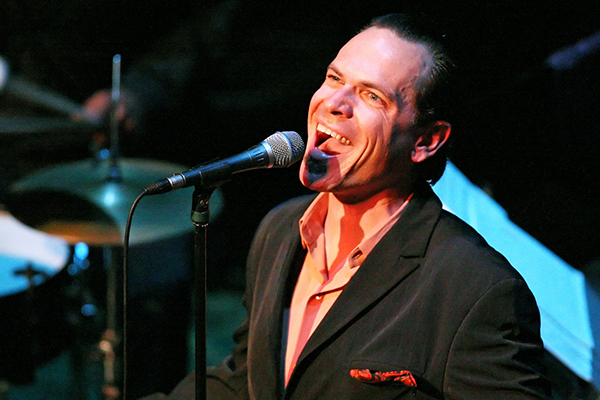 One of the enduring archetypes in Jazz has been the singer. Billy Ecsktine, Frank Sinatra and Johnny Hartman all fit that template of the romantic, handsome crooner with silky, keening timbres that can melt candles and cool champagne bottles all at once. In the 21st century, the man who best personifies that old character has been Kurt Elling. The Chicago master of vocalese has a singular voice in Jazz since 1995, inserting new breath into the music of Coltrane, Hancock and even The Beatles. His latest project, 1619 Broadway – The Brill Building Project is dedicated to the timeless work of writers like King/Goffin and Bacharach/David. By lending his stalking, serpentine vocals to the decades-old pop hits, he’s given the compositions a life only as he could, all while earning him his ninth Grammy nomination. He spoke with iRockJazz to discuss his method of molding time-tested music into his likeness.

iRockJazz: From your perspective, what’s the difference between coming up with your own lyric via vocalese and interpreting someone else’s lyrics?

Kurt Elling: I’m not sure if there are any differences. When I’m in performance, I try to be clear with the audience and make it as real and as transparent as possible and tell whatever story I’m trying to tell, whether it’s a little bit more complicated – something I’ve written – or some traditional love ballad, it’s about emotional tension and trying to just communicate with clarity.

iRJ: Each of your albums with Concord (four) has been thematic. Is that intentional?

KE: I guess I just try to figure out whatever ways are going to make the most sense to me to organize things so it seems like a coherent project one way or another. Sometimes you need a theme, sometimes you just hear a bunch of compositions that we’ve been working and they form themselves into an organization without having a specific driving force behind it. 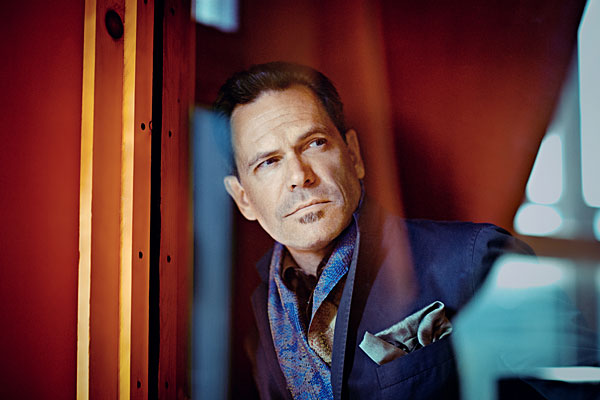 iRJ: What’s the process of choosing songs for a record or concert, and how important is it for you to make a personal connection to the song?

KE: That’s really the key thing. I’m in a fortunate position because I don’t have to sing anything that I don’t believe in 100 percent, and that means that the most important part is that I’m really emotionally ready to sing that material 200 nights in a row.

iRJ: Did you get that connection by listening to other versions of the song or by reading the compositions on paper?

KE: It might be a bit different every time, but I know music well enough to sense that if there’s a theme happening than I try to fit things in with that theme one way or another. It’s a lot of intuitive work that happens; it isn’t really stuff that is a standardized mathematical dialogue that happens. I just follow up on stuff that feels good to me and I take it from there.

iRJ: What I love about your voice is your decision-making during songs, especially during the album The Gate. Is that also intuitive, or is it the product of rehearsal? 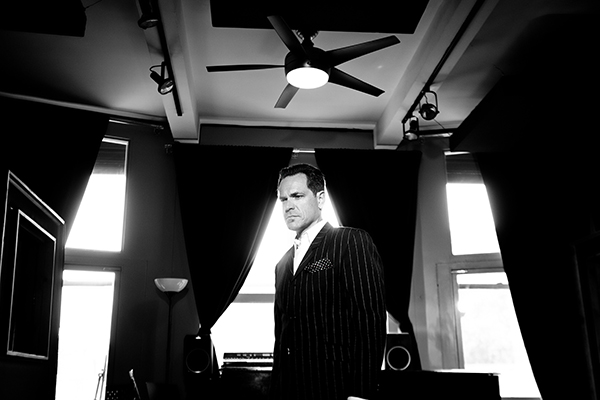 iRJ: Now for the Brill Building Project. How did you come up with the idea to do this material?

KE: It’s something I conceived. I tend to pass by the Brill [building] pretty often in Midtown on my way to business meetings and it seemed like a very interesting way to respond to being in New York. Knowing that it has such a varied and vast archival history of creative then, I knew that I’d have plenty to choose from, in terms of material.

iRJ: What was it about those specific songs that made you pick them out of the countless songs in that catalog?

KE:I wanted to focus on the so-called ‘golden era’ of the Brill, but I didn’t want to be limited to that era. So, from that era I chose the ones that were the most emotionally appropriate for me and the ones that I was led to from the standpoint of having a strong enough idea from the arrangement standpoint. So, those are the kind of intuitive moves that I have to reason out for myself.

iRJ: Do you think there’s a common link between Brill building songs and Jazz standards, and if so, what is it?

KE: There really isn’t. It’s just a question of how far away from its original arrangement you’re going to take it. The real process, for me, is the same, which is why, as Duke said, ‘The material is the material’.

iRJ: Both The Gate and Brill Building has an undercurrent of soul music. Is that a direction that you’re going in for the future?

KE: I don’t know. I’m just trying to follow up on the things that appeal to me and I think that the natural part of what I’ve heard, what I love to hear, it’s just an important aspect of who I am.

iRJ: Why do you think the song from the Brill Building have lasted so long?

KE: My guess is that most of the material from the Brill, just as with most of the material from “Tin Pan Alley”, it will fall away. I think that a number of the songs will remain and we’ll be having that same discussion in 15 years. But if you look statistically at the number of the songs that came from the Brill, you’ll find that when the original fan base for the song has moved on, one way or another, they will fade into the background just as most of the songs out of “Tin Pan Alley” won’t be remembered. There’s this magic number songs overall that even if just 10 percent of the songs last a long time, then that’s a big number. There’s quality all the time and there’s a lot of slack.