YOU ARE HERE:Home » Reviews » LIVE at the CSO! – Symphony Center Presents The Wynton Marsalis Quintet
Reviews 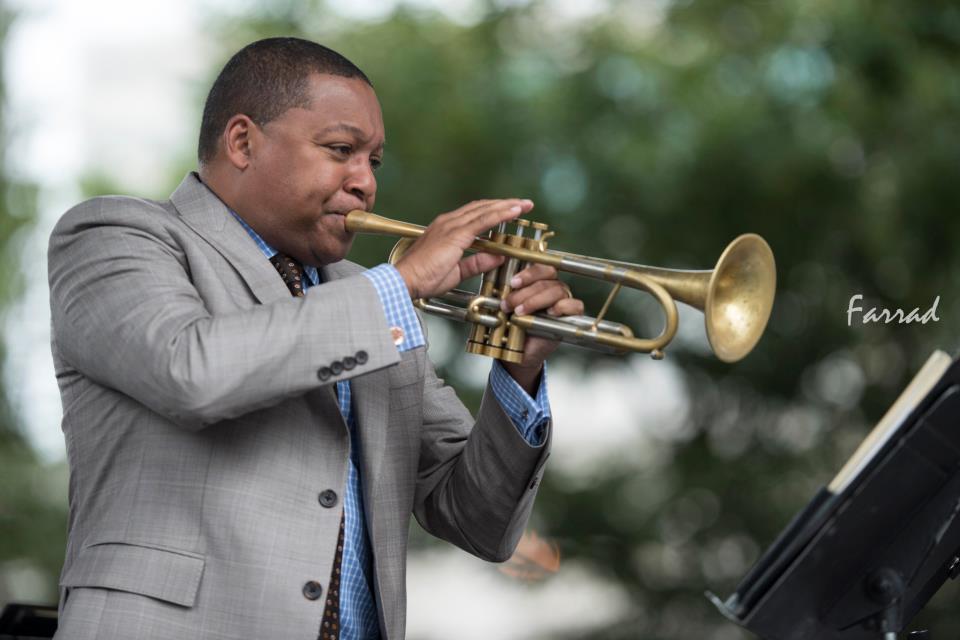 With the passing of Von Freeman, the Chicago jazz scene lost one of its great local stars. His loss has reverberated across the jazz scene, garnering attention from many jazz artists. Wynton Marsalis and his quintet came into Chicago with a heavy heart after learning about Von’s passing. He dedicated the night’s performance to the memory of Freeman. Before playing an authentic yet simple rendition of “Sweet Georgia Brown”, Marsalis spoke of how Von Freeman was a local legend who “had been cutting heads for a long time” in Chicago.

He meditated deeply on how Freeman represented the “everyman” of jazz music; musicians who knew endless amounts of music and whose ears were acutely tuned to the nuisances of every song they played. Marsalis likened Von Freeman to his own father Ellis Marsalis, whose success as a pianist was only limited by geography despite his enormous talents. After making his intentions clear, The Wynton Marsalis Quintet began their musical conversation. “Tonight, we’re going to play,” said Marsalis as the group broke soundly into tune.

No African-American jazz musician has been as influential or meaningful than Wynton Marsalis. His whimsical playing and virtuous musical interpretations are some jazz’s most profound. He is an internationally acclaimed musician, composer, bandleader and educator whose advocacy continues to take jazz to new heights – preserving its history and restoring its importance. On this night, the quintet chose to stay close to home with their song choices. Unafraid of change or variety, the quintet played a stirring rendition of Redd Stewart’s “Tennessee Waltz”. This piece was a reminder of Marsalis’ dynamic composing, which can range from simple to highly complex. His polished and majestic horn is a commanding yet soft and subtle vibrato. His musical narration was improvisation in its purest form. The songs were complex in structure, combining unique percussive solos and sweeping piano intros. These were vast musical conversations, which left the audience hallucinating at times, gasping for air and giddy from the experience.

Saxophone and clarinet player Walter Blanding played a beautiful ballad originally composed by Victor Young called, “I Don’t Stand a Chance with You”. It was a welcome contrast to the night’s more energetic pursuits. Blanding is a master storyteller with his horn- enchanting with full, rich tones that capture the emotions of the piece he is playing. His big, velvet-like sound is pleasing to the ear.

Marsalis is known for his playing more than his singing. He described his vocal skills as country great Willie Nelson once told him: “It has a certain honesty to it….” The closing composition of the evening was “Look Down that Lonesome Road”. It was a charming blend of New Orleans swing and rhythmic blues- a eulogizing ode dedicated to the memory of one of Chicago’s best.