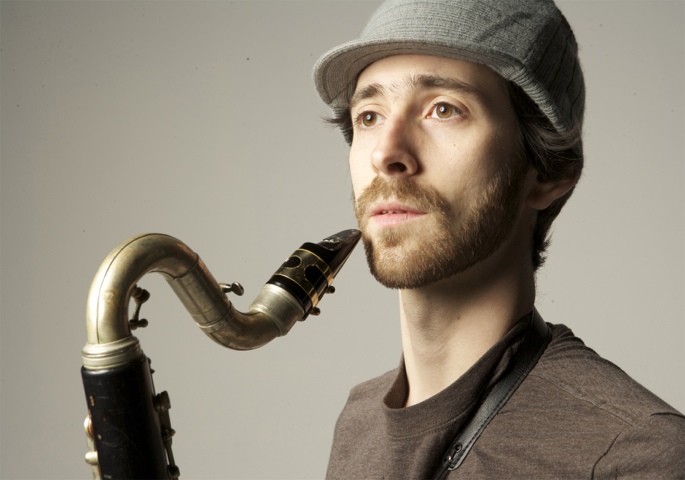 One of the most endearing qualities of music is the unintended effect it has to directly shape the outcome you and me: the listener. The jazz that softly plays in the background brings peace and calm to a tumultuous day that would have regularly been chaotic. A catchy melody stuck in the head that elicits an infectious smile that brings joy to a room. Or the music that makes children laugh and learn while at play, the effect of music is undeniable. For Grammy award winning clarinetist, composer, and educator, Oran Etkin, it was the unintentional voice of his father that defined his childhood and shaped the outcome of his life in music—one that involves using the power of music to help shape the youngest minds. Etkin reinforces my belief in the power of music as his life is a shining example of the many worlds music that music can take you—from the savannah of Mali, to the hills of Israel, to the jazz clubs of New York City and into the homes of students and listeners around the world.

I recently spoke with the man dubbed a “woodwind maestro” by PRI’s Afropop Worldwide while he was in Israel preparing for the Tel-Aviv Jazz Festival and it was clear that his passion for music can easily be rivaled by his zeal to expose children to the diversity of music from all over the globe. As the creator of the wildly popular children’s music education program, Timbalooloo, which is a unique method of incorporating rhythms and melodies from all over the world to teach the fundamentals of music through games, songs, and stories, Etkin is just as much a teacher as he is a musician.

Fighting the urge to call him the “Pied Piper”, Etkin’s teaching methods have mesmerized parents in New York City and beyond including actors Naomi Watts and Liev Schieber who said about his class. “Really, really remarkable. He has touched both of our boys’.” According to Etkin, his love affair with music was sparked by his father. Though his father was not a professional musician or teacher, what he learned from his him was just as important to his success as studying with a master teacher. “My dad was always singing around the house. He had a great sense of melody and it was infectious. Melody was important for my dad. When he heard a great melody, he would simply light up. Today, I gravitate to melody and music with a great groove.”

As a young kid growing up in Boston and spending his summers in Israel, Oran’s musical development was a mélange of the traditional music of Israel, straight ahead jazz, classical music, and the groundbreaking sound of early New Orleans jazz. All these elements began to prepare him to make music that would not only inspire him to inspire children, but also explore traditional Malian music. Interestingly, Etkin’s first two CD’s in the 4th grade were by Mozart and Louis Armstrong–music that is often played to contribute to the development of young children, Mozart’s music for its scientifically proven qualities and Louis Armstrong for his fun loving, child friendly voice.

By 9th grade Etkin was consumed with Armstrong’s music. “Two things that grabbed me were the groove and lyrical quality to his music.” Etkin’s adds. Etkin readily admits that Louis Armstrong is the first musical love of his life and continues to be. After playing multiple instruments throughout grade school, such as the piano, violin, and guitar, Oran eventually settled on the saxophone and clarinet. He began studying with tenor saxophonist and educator, George Garzone (Joshua Redman, Branford Marsalis, Danilo Perez) and later with saxophone titan, Yusef Lateef. Armed with a degree in classical clarinet and a master’s degree in Jazz Performance from the Manhattan School of Music, Oran has always had a keen sense even from an early age that reaching children early with music is the key. “I’ve found that at an early age kids are unbiased. It’s much harder to teach older people rhythm. With young children you can shape the way they absorb rhythm just like how they absorb languages. With music, unfortunately, we wait until students are older. After analyzing and talking about the music it results in something forced,” he adds. To lend credence to his claim, Etkin described a time when one of his African friends brought his young, 3 year old, son to a gig that ended at 4am in the morning. Cultural differences like that experience impact his teaching process and influence his musical diversity.

Oran’s love of groove and melody led him to explore traditional Malian music–which he studied for 15 years–fuse it with traditional Jewish music and the modern jazz of New York and New Orleans to create his signature sound that resulted in his critically acclaimed album, Kelenia, released on Motema Music. The album, a virtual united nations of artists and genres richly reflects all of the sounds he listened to growing up. The project eventually won Best World Music Album in 2010. Following the solo success of the music that displays his musical style to a more adult audience, Oran, the educator, hit a stride creating music to inspire children resulting in an award from the Parents Choice Foundation for his children’s album, Wake Up! Clarinet, a Grammy nomination for in 2011 for his work on a compilation album called Healthy Food for Thought featuring Russell Simmons, Sweet Honey in the Rock, and Moby that was dedicated to bettering food nutrition in schools and most recently a Grammy win for his contribution to Charity Benefit Compilation CD, All About Bullies.

While he mentions all the attention from the Grammy win has definitely helped open some doors (he will be touring Europe in April playing the music of Wake Up! Clarinet), Etkin is committed to making music of substance that prepares the next generation to experience the impacting nature of jazz and world music. He is also working on a very new project that will create music to chronicle the stories his grandmother told him while living in WWII era Eastern Europe, including a story about her brother who who moved to Africa and became close with Ethiopian Emperor, Haile Selassie.

Oran Etkin is living proof that the beauty of music lie in its ability to be the connective tissue that attaches one generation to the next, building upon the legacy of the past and preparing future generations to use music to impact their lives.

Find out more about Oran Etkin, Timbalooloo, and his music for children at oranetkin.com.